People often ask why use the Wawa logo as a web icon. Those who live in the mid-Atlantic states already know, but for those who must settle for Starbucks or Dunkin Donuts, I'll explain that Wawa is a chain of convenience stores selling many items that make their customers loyal to the point of obsession, not the least of which being their excellent coffee. 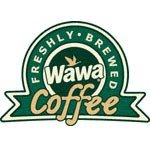 Wawa coffee is great tasting, is priced lower than the other coffee chains, and what really makes their customers go out of their way to find a Wawa is the fact that twenty-four hours per day, seven days per week, every Wawa store has a bank of about a dozen hot coffee pots from which you can pour your own cup and fix it how you like it at a well stocked self service counter offering all manner of milk and sweeteners. You can also buy packaged Wawa ground coffee that brews up at home tasting just as good as at the store.

Once you get past the coffee, there are other products that also make Wawa customers obsessive. Wawa brand iced tea has a huge following as does their Lemonade Tea. Wawa diet iced tea is the only diet beverage I've ever encountered that does not taste like a diet drink; I live on the stuff. Wawa began as, and still operates a dairy and offers a full range of milk products including their own line of ice cream, including an excellent version of Moose Tracks. 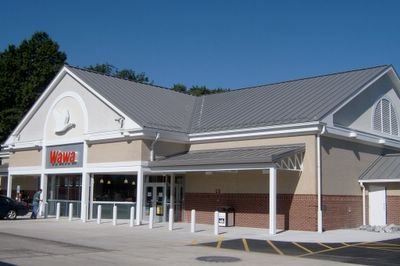 Many Wawa stores also sell gasoline, mostly at the lowest prices you'll find at any given time. All Wawa stores have no-fee ATM machines from PNC Bank. Wawa does a fantastic business at all times of the day or night, and it's comforting to know that a hot cup of java or anything else you might need is waiting for you a few minutes drive from most anywhere in eastern PA, NJ, DE, eastern MD, and eastern VA.