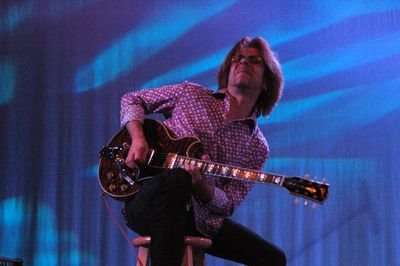 Johnny A played the World Cafe Live downstairs stage Saturday night with his trademark set of electric guitar music that makes a strong case for the notion that while many have mastered this instrument, none have done so with a greater combination of taste and technique than this guitar slinger from Boston. While Johnny can hold his own blowing the doors off referencing Hendrix, Stevie Ray Vaughan, Chet Atkins, Jeff Beck and Jimmy Page, his repertoire consists of more originals than covers and has thus managed to forge his own guitar identity amongst these gods of the electric guitar. 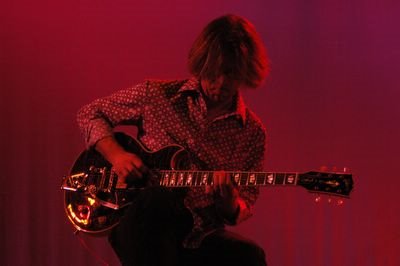 as well as some material from his new instructional dvd, TASTE • TONE • SPACE which is available from his website. The subdued red and blue lighting suggested the atmosphere of the Sometime Tuesday Morning cover shot. 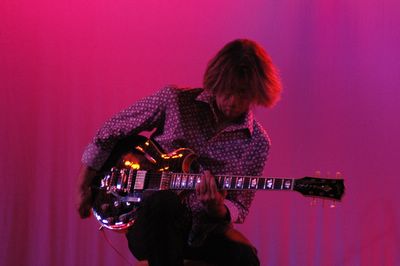 The World Cafe Live sound was perfectly clear, loud when Johnny cranked it up and soft and clear during the mellow covers such as "Wichita Lineman" and "Poor Side of Town." Backed only by bass and drums, his guitar carries all the melody making vocals totally unnecessary. Philadelphia has embraced this fine player perhaps more so than any city other than his hometown, due in large part to the airplay given his first cd several years ago by WXPN. 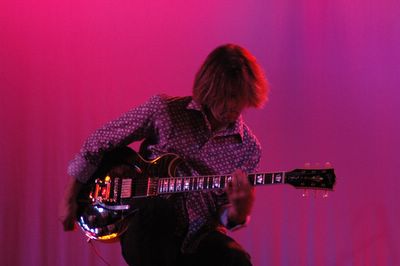 Johnny A's compositions and his choice of cover material suggests an immense range of talent and knowledge of and respect for a great many many musical styles. For listeners who appreciate great guitar work, it doesn't get any better than this. Remember to click on each photo to enlarge. All photos © W.Kates, 2006. 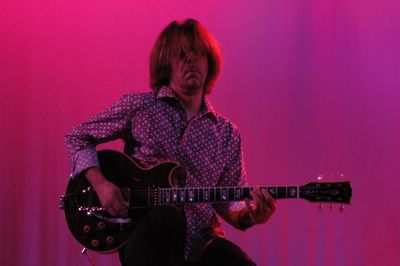