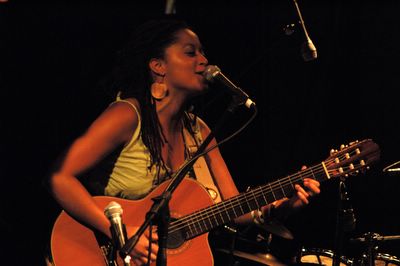 Sara Tavares played New York at SOB's (Sound of Brazil) as part of a rare stateside mini tour to promote her new album, Balancê, her third album overall but her first to receive a U.S. release. Tavares is from Portugal and I might never have had the pleasure had not a good friend run across her singing at a club in Lisbon, Portugal some years ago while on vacation there. Music lovers find their way to music all different ways; the person sitting next to me at SOB's became aware of Tavares by seeing her on a program of world music videos on Link TV which is carried on DirecTV (channel 375) and Dish Network (channel 9410). 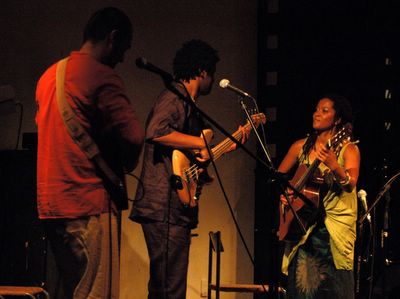 Tavares' music is hard to label exactly, with a background that includes gospel, funk, and soul as her website describes it, mixing African rhythms into contemporary pop songs. Tavares on her latest album has written all the songs, played many of the instruments and has come up with a beautifully written and great sounding record. In America music like this is likely to get lumped into the "world music" category, but this work has so much more to offer than what that label implies. Tavares is a singer-songwriter of the first order, who has many more musical threads in her weave than your average singer-songwriter. 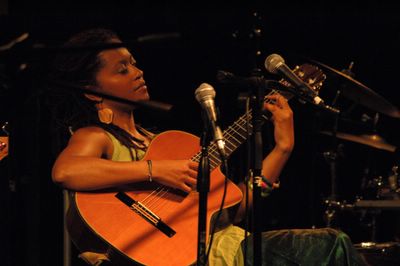 Tavares opened the show with a tune that consisted only of voice and tapping on her guitar, quickly wowing the audience with the depth and beauty of her voice. Most of her lyrics are in Portugese, but the songs are no less enjoyable for those who don't speak the language. Her second song which she explained was about Lisbon, had drums and bass accompanying her voice and acoustic guitar. It was quickly apparent that Tavares is a great singer with a very strong sense of melody. At this point she said "I call the music that I do, lullabies for adult people" which is an apt description. 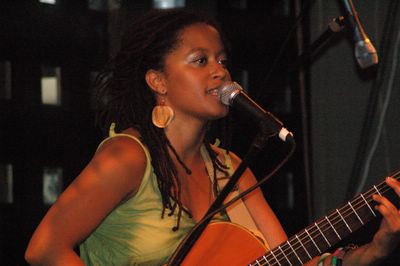 She played a song whose Portugese title means "Summer Rain" which was very rhythmic, very melodic, and all her band members sang backup. In addition to the talents already mentioned, Tavares also proved during her 75 minute set to also be a great player of the acoustic guitar. The title track of her album Balancê was rich with rhythm and melody, nice and long in its live version, and a great set ender. 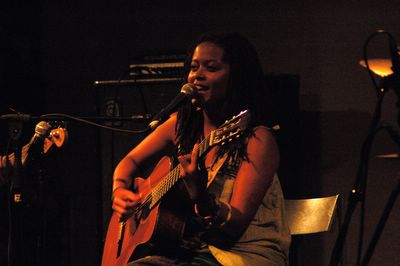 The crowd was a diverse cultural mix and while it was hard to tell to what degree they were familiar with Tavares' music going in, all were thoroughly won over by this excellent performance. Tavares music is unlikely to be heard on the radio here in the states, but she is a great talent and her music is well worth seeking out. Balancê is readily available now at Amazon.com. Remember to click on each photo to enlarge. All photos © W.Kates, 2006. 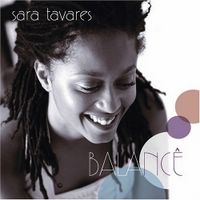 Malika Zarra opened the show with a lovely set of Moroccan flavored jazz, with the vocals at times sounding reminiscent of Flora Purim's work with Return to Forever. Zarra was born in Morocco, grew up in France, and now calls New York home. 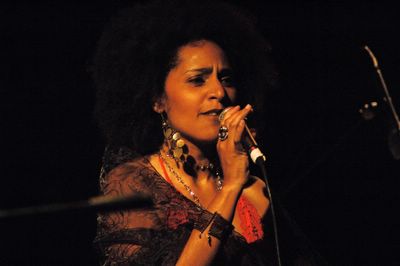 Her website describes her music: "Her first album On the Ebony Road blends her rich and divers worlds, mixing Moroccan roots music, Berber, Gnawa, Pop and rhythms with jazz. It is an explosive work fusing orient and occident in English, French and Arabic." 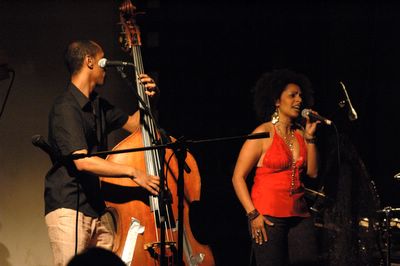 There weren't many lyrics in English but the music sounded jazzy and joyous nonetheless. She proved to be a great choice to share the bill with Sara Tavares and the crowd responded in kind. Remember to click on each photo to enlarge. All photos © W.Kates, 2006. 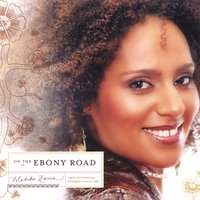 Miss Karen said…
I was directed to this website from worldconnection.nl. I was at this show last week, also. I had the most wonderful time and I recommend her Sara Tavares' Cd to everyone! Thank you for sharing your review and the beautiful pictures of that spectacular evening!