Now Spinning in Heavy Rotation (in my head)

August 11, 2007
Out west you might refer to a beach vacation as "going to the coast" but here in Philadelphia when we hit the Jersey beach, we're "down the shore". One of many favorite shore activities is a morning bike ride, no portable music device so as to enjoy the sounds as well as the sights. In the absence of recorded music, the iPod in my head takes over and for the past week the following tunes have been spinning in heavy rotation. 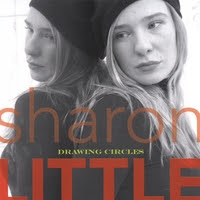 Sharon Little was so completely captivating when I first encountered her performing with partner Scott Sax at a singer-songwriter showcase last month at Puck, that I have since jumped at the chance to see her twice more. She was equally amazing performing with a full band at WXPN's XPoNential Music Festival, opening the last day of the festival on the Marina Stage. The stars aligned a few days later to see her again, this time at Cafe Vivaldi in NYC with Scott and a piano player, also a total knockout performance. Will post the show reviews and photos soon. Sharon has just released a new CD, Perfect Time for a Breakdown which I'm very much looking forward to. 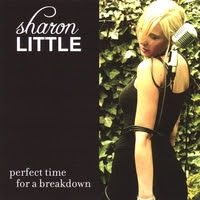 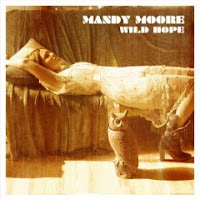 Mandy Moore first attempted in 2003 to distance herself from her earlier musical identity as a teen/pop singer with an excellent record of well chosen, well sung, and beautifully produced cover tunes called Coverage. Having already established herself as a successful film actress and model, this year she has set her sights on musical credibility as well with a new album, Wild Hope, on which she had a hand in co-writing all of the songs. Working with talented songwriters such as The Weepies, Chantal Kreviazuk, Rachael Yamagata and Lori McKenna, Mandy has come up with an eminently listenable record. "Extraordinary" ("Now I'm ready to be...extraordinary") is lyrically ludicrous, since she's already been extraordinary for quite some time, with the bonus that she's one young talent that you will most likely never see in the tabloids or in rehab. In any case the song is one of those that sinks its musical hooks into you and won't let go; listen at your own risk. Mandy was also great earlier this year in a showcase performance at Joe's Pub; will post review and pics soon. 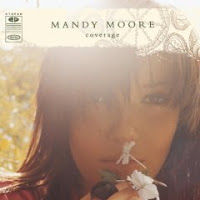 Dido - "Sand in My Shoes" from Live at Brixton Academy

This is a classic end of vacation song, so much the better if you've been to a beach. This live version comes from her amazingly great live DVD which seemed to be tragically under-appreciated upon its 2005 release. The production and sound both in concert and on the live recording is as good as it gets, and Dido's live performance betters her already great studio versions on every song. This is a live DVD to demo your sound system with. Seek it out before it's completely unavailable. Oh, and take the time to enjoy the sunset. Dido is currently recording her third album in Los Angeles, as we speak.