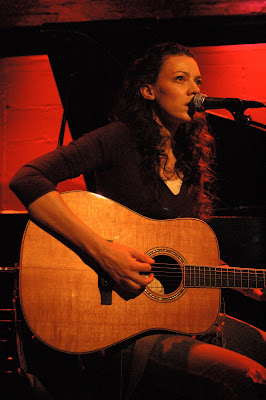 Susan Enan is a gifted singer-songwriter who, if I'm reading her bio correctly hails originally from England, and spent several years living in Northern Ireland before moving in 2005 to her current home in Brooklyn. We, here in the states are the beneficiary of her current address, in that we can see her perform at venues like the Rockwood Music Hall, where I was lucky enough to catch her twice in the past half year. 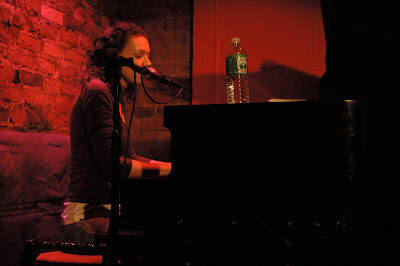 Looking back on my notes from that first show last October, my first thought hearing her sing was of a British/Irish Melanie, strong voice with great presence on the microphone. Over the course of the set, it was clear that her voice is beautiful, her music is very haunting and emotional, and her lyrical content was somewhat dreary and depressing, but even still I noted that it was a riveting performance. 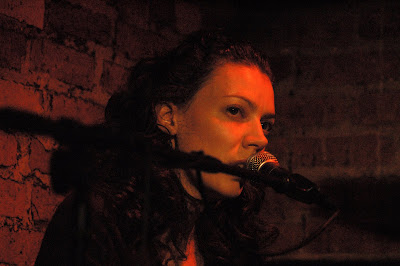 Jump to 2008 and a trip back to Rockwood last night to see Annekei (see separate post), only to discover that Susan was also on the bill, so as so often happens on the Lower East Side, it turned out to be another great night of music at Rockwood. If Susan had not mentioned feeling a little under the weather when asking for the lights to be lowered, you never would have been able to tell by her performance. Perhaps energized by a crowd as big as I've ever seen squeeze into the Rockwood, Susan was in great voice and did a tremendously enjoyable set. 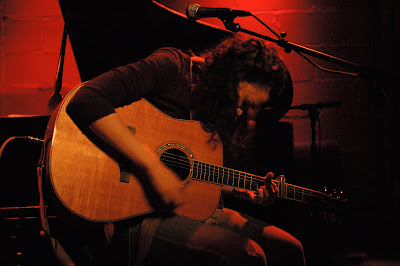 Even though she did some of the same songs heard at her October show, the mood of this set seemed decidedly lighter. She jokingly remarked on the dark aspect of her songwriting at one point when she did a song that she introduced as being a love song, saying "finally"; the title was something like "Can't Fly With Thee". Later, joined onstage for backing vocals by Sam Parton and the Jones Street Boys, the combined voices sounded just great together. Both shows included "Skin, Bone & Silicone", the title track of her second EP, and "Bring on the Wonder", a tune that has been heard on network television shows such as Bones and Supernatural, and will be included on her new CD.

Listen to Susan Enan - "Bring on the Wonder" 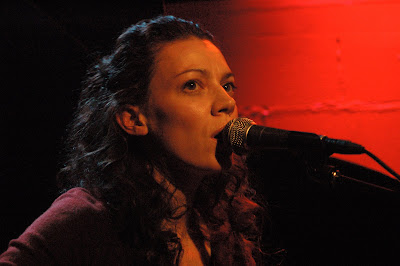 Susan's got a strong New York following, and all in attendance last night were delighted to hear that Susan is about to leave for England to finish up the CD she's been working on, for release this spring. She's got two previous EPs to her credit, released in 2000 and 2002 in the UK only which are seemingly non-existent now, not even for download, so it will be exciting to see a proper full length CD from this immensely talented artist. 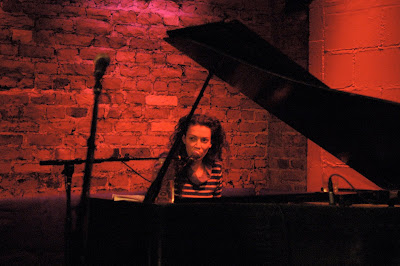 In her myspace blog about a subway encounter with a street musician on the way back home to Brooklyn after last night's show, Susan had this to say:

Thanks to everyone who came out the Rockwood Music Hall on Wednesday. Despite being a little sick I had what could be the most amount of fun EVER at a live show. And with The Jones Street Boys and Sam Parton on backing vocals, well, what could be lovelier.

Well said, and well played, Susan. New York is looking forward to your return, and to your new CD. 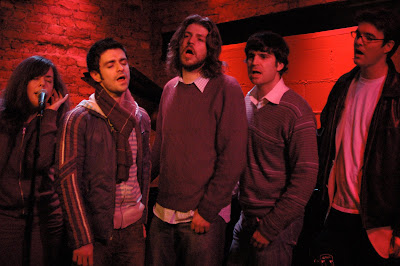