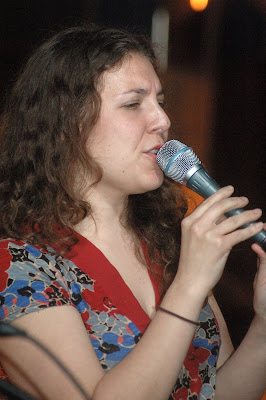 Venissa Santí brought a three piece acoustic band to play two sets of excellent Latin jazz, standards, and original songs last night at the Raven Lounge in Philadelphia. The venue seemed an unlikely place to encounter music of this caliber, it is essentially a bar with no stage, no lights, and just a couple of speakers for the p.a. microphone. The band was set up next to the front wall which opens up to the street. Which is good in nice weather, but this night was cool and rainy and with Venissa in short sleeves, the open air might not have been such a good idea. 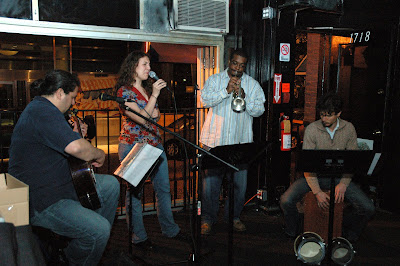 
The music was rich with the cultures of Cuba, Brazil and Chile. Venissa is quite well versed in these musical traditions, doing jazz, pop, and standards; she also writes some very nice original songs. She was accompanied by three awesomely talented musicians from the group Alo Brasil; husband Patricio Acevedo on guitar, Tim Thompson on trumpet, and François Zayas on percussion. The first set included a very nice rendering of "Embraceable You", a standard that also appears on her debut CD Bienvenida. 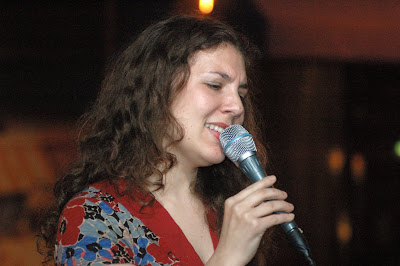 
The second set included an acoustic version of "Como Fue", a slow Cuban blues song that also sounds great in the recorded version on her CD that features the electric guitar work of Jef Lee Johnson. The acoustic version was every bit as beautiful in its own way. She ended the set with "Wish You Well", one of her originals, and then in response to audience (and venue) demand, she encored with"Cumpling Cumpling" complete with the background story of the song and the sexually charged dance that is associated with it.

Listen to "Wish You Well" 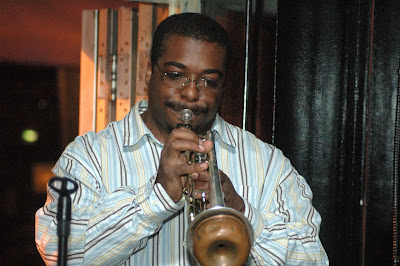 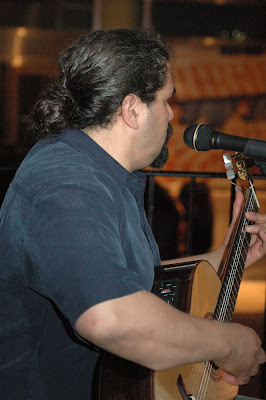 Venissa Santí was born in the U.S. of Cuban parents, grew up in Ithaca, NY, studied at the University of the Arts and now calls Philadelphia home. She returned to Cuba in 2001; the first member of her family to do so since the family left Cuba for exile in 1961. She spent an extended time there studying with the masters, honing her vocal style and totally enveloping herself in the Cuban musical culture and history. The richness of the Cuban musical tradition is nicely shown in the film Buena Vista Social Club. Venissa's voice is beautiful, her grasp of the wealth of music she draws from is huge, and we are very lucky to have her here. 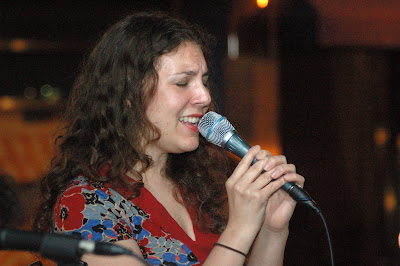 Venissa will be performing a CD release show at Chris's Jazz Cafe in Philadelphia on June 19th. Her new CD, Bienvenida is available at CD Baby and iTunes. 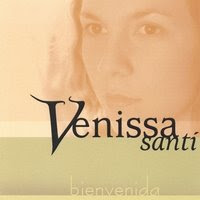