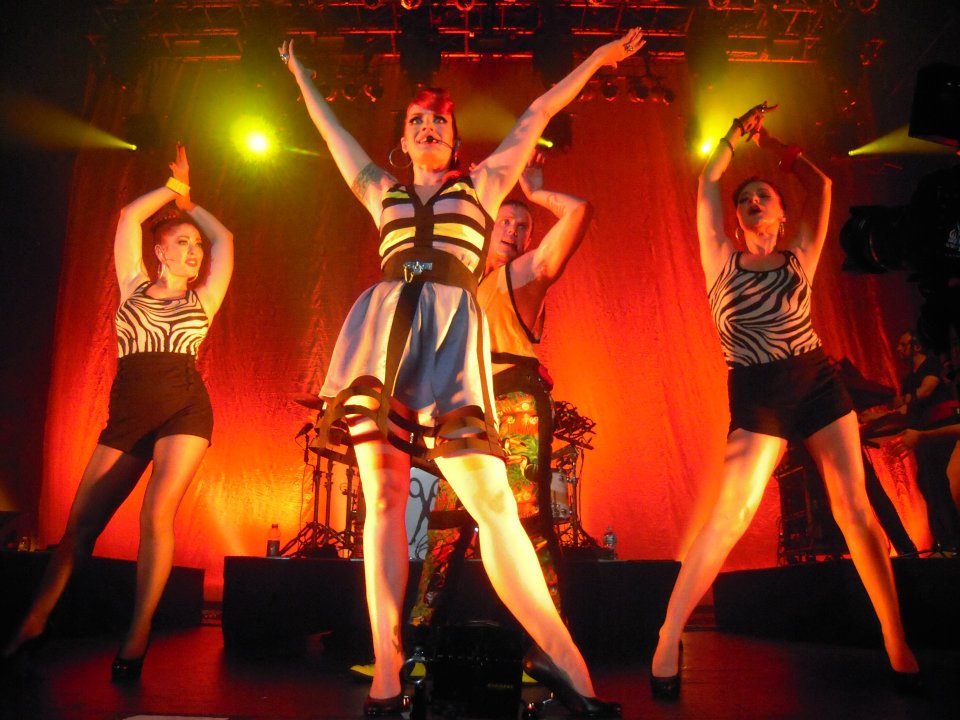 You Can't Sit Down: I have been to the frontier of modern dance/rock, I've been Kiki-ed, and I liked it. The Scissor Sisters, for the previously uninitiated (me), are the party band for the new millennium, with a huge worldwide following, they play original music that sounds like Elton John crossed with disco-era Bee Gees on steroids. The whole thing is steeped in the campy New York style transvestite cabaret tradition. The songs are loaded with sexual references and innuendo. I may have been the only person on the planet who didn't know that the group's name is a sexual reference. They make eighties style club anthems that make you move your body; this isn't sit-down concert hall music. But we're getting ahead of ourselves

Long time M&M favorite Chrissi Poland joined the Scissor Sisters in 2010 as a backing vocalist (she had sung with them at SXSW earlier that year). She immediately jetted off for some major league gigs in London, Malta, and points farther east. My introduction to the Scissor Sisters came while following Chrissi's global exploits First up was a sold out show at London's Brixton Academy, site of so many great concerts, including legendary live albums/videos by the likes of Madonna and Dido, about which, Chrissi said this, in her blog:

"The confetti comes in the last song, where canons blast sliver paper and fake three-dollar bills out into the crowd. Nothing like confetti and lasers to make an already-frenzied audience really lose their minds. I get the tingles every time it happens…it’s like being on the inside of a snow globe." 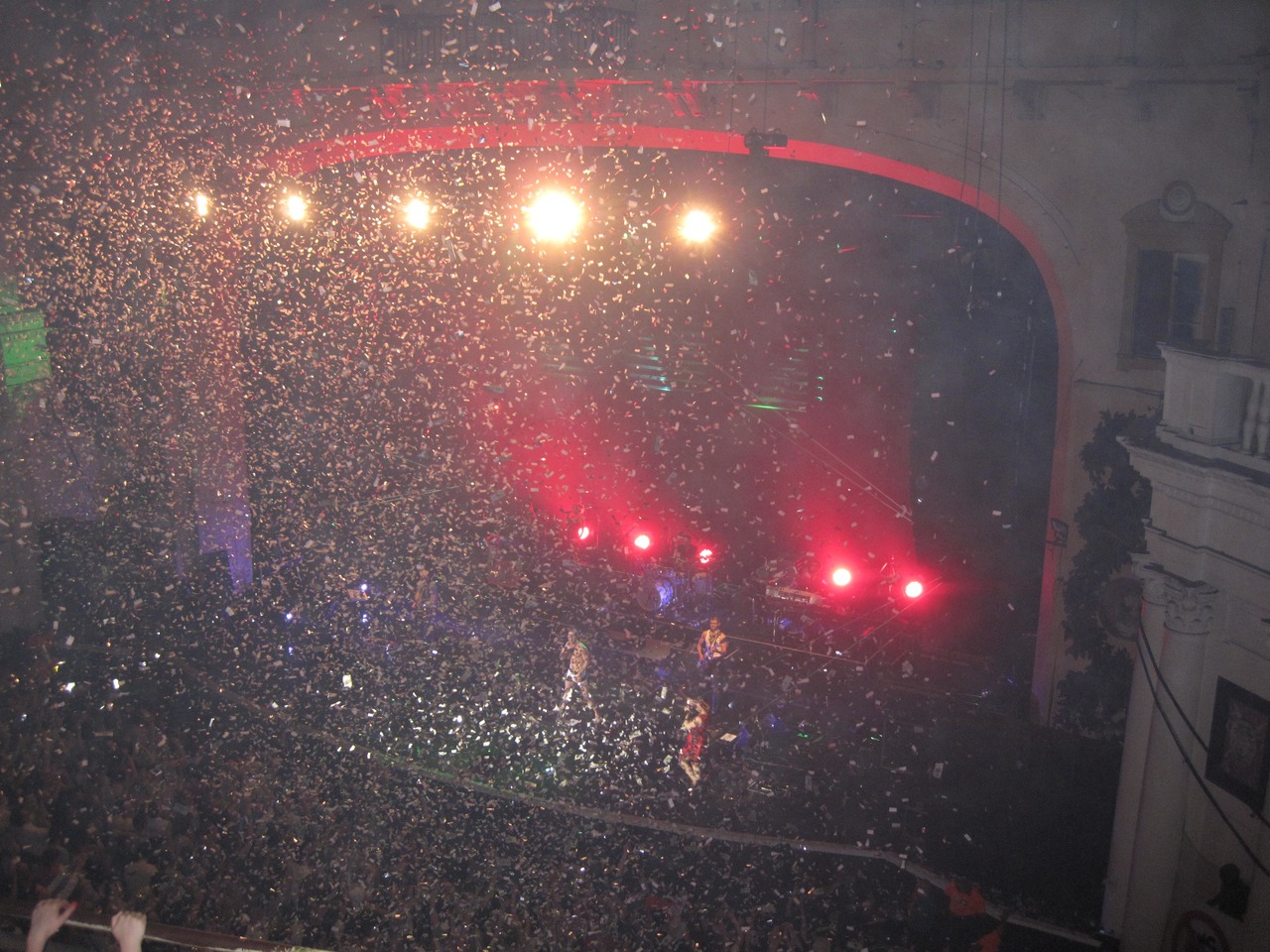 Next came Glastonbury and even though I knew of the Scissor Sisters, I had never heard them until this video. The crowd is impossibly huge; this is a long long way from Rockwood.

In the last two years, Chrissi and the Scissor Sisters have circled the globe several times as well as toured the U.S., plus they released their fourth album, Magic Hour. The Electric Factory show fell near the end of the American leg of the Magic Hour tour. After Thursday night in Philly, they had homecoming shows at Terminal 5 in New York Friday and Saturday, followed by a week's breather, then a gig in Singapore before flying to London for an Olympics related show. You can watch the London show in its entirety here; it was recorded July 21st at the Tower of London. 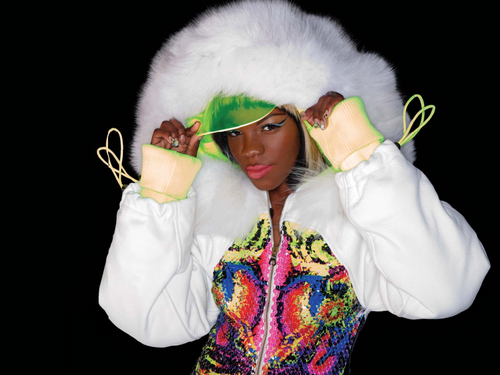 The opening act was Rye Rye, a rapper from Baltimore. I'm no expert on rap, but I know what I like and it seems to me that words are a pretty important part of the deal. All I (or anyone else at the Electric Factory for that matter) could tell you about Rye Rye is that she looked really happening with her two male dancers, and that her DJ played some wicked beats, but the mix was so muddy and so loud that Rye Rye's raps all disappeared into the din.

There was also a DJ on hand to entertain between acts, and that he did, because the party atmosphere in the Electric Factory was in full swing while waiting for the Scissor Sisters. It didn't matter that the DJ had the same sound as Rye Rye and sounded like a continuation of her set. Luckily, the Scissor Sisters' sound was loud and clear. The show opened just like this, with "Any Which Way".

Someone posted two videos from the Philly show on Youtube, but the sound was a little rough so I chose some better clips from the same tour. If you would like to check out the Philly clips, they are here and here. The musicianship in this band is really tight, all handled by Babydaddy on guitar, bass, and synth, Del Marquis on lead guitar, Marc Delcore on keyboards, and Randy Real on drums.

The lead vocals are shared by Jake Shears and Mistress of Ceremonies, Ana Matronic. The backing vocals and awesome dance moves are by Chrissi and Bridget Barkan. Over time Bridget and Chrissi have been utilized more and more in the choreography of the show, including a vocal solo by Chrissi during "Inevitable"

They played a well constructed set that mixed seven songs from Magic Hour with classics like "Take Your Mama", "Comfortably Numb", and "I Don't Feel Like Dancin'". Here's the setlist:

Encore:
Only the Horses
Music Is the Victim

The new songs from Magic Hour are so good they already play like old favorites in the live show: "Inevitable", and these next two that we have for you on video, "Let's Have a Kiki", and "Shady Love".

From the outset it was apparent that there were a good deal more PDA's (public display of affectation) among the Scissor Sisters' crowd than you might expect to see at a concert. The Scissor Sisters have a good following among the GLBT community, in fact Ana commented at one point that the GLBT turnout in Philadelphia was the largest of anywhere they play. The Scissor Sisters' tent is large and welcomes people of all stripes; don't expect their tour bus to be stopping at Chick-Fil-A anytime soon.

The crowd was really into it, prompting Ana to rave about the crowd repeatedly saying that the love and energy that they were getting back from the crowd was making them do the best show ever. One might wonder if she says that to all the crowds, but in the end it doesn't matter because it was a killer show.

As I was sifting through the Youtube videos for this piece, I ran across a video that was so cute, I had to include it as a bonus video. The year was 2004 (long before Chrissi) and the Scissor Sisters were in Scotland, playing T in the Park, the major music festival of Scotland. In this song, Jake decides to wear his kilt in the traditional Scots' manner. Be sure to stick around for the wee interview after. Cheers!

Update 8/16/12 - The Scissor Sisters today released this delightful video for "Let's Have a Kiki". 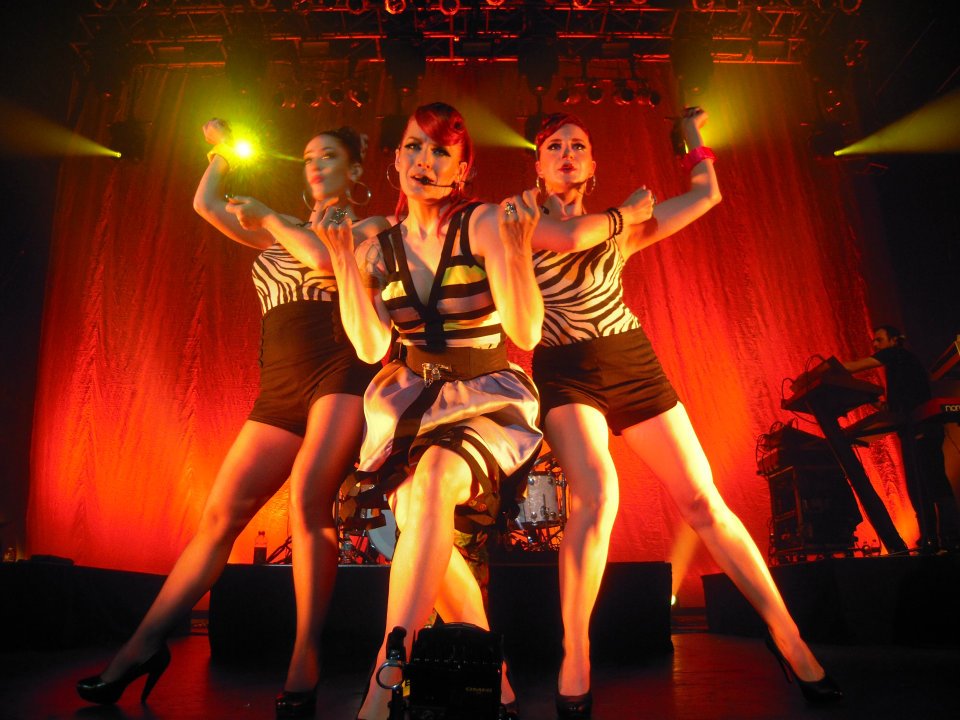 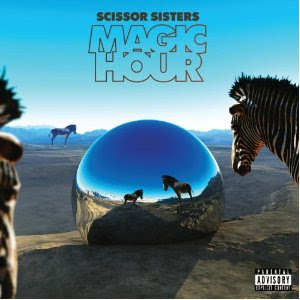