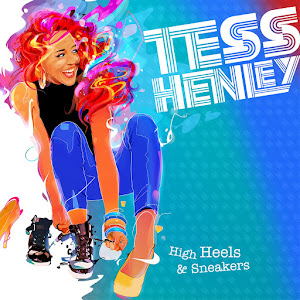 
A Perfect Storm:  Before we go any further, I've got to say that "Daydreamimg" completely knocks me out. It's a perfect storm of exquisite songwriting, singing, instrumental performance and production. Tess was already having some success in her native Seattle with a solid album and an EP, when Dice Raw from the Roots entered the picture. "After Dice Raw heard her music, he took an immediate interest in the young talent, taking Tess under his wing. He brought her to Philadelphia – the epicenter of a soul sound all it’s own – and introduced her to fellow-producer Khari Mateen (The Roots, Jill Scott, J*DaVeY). Dice and Khari signed on to produce" (from her bio).

When I listen to Tess, I hear a little Aretha, a bit of Stevie Wonder, a touch of Minnie Riperton, and even some Corinne Bailey Rae, and when she burns it down like on "From The Get Go" or "Heartless Queen", I hear the great Valerie Carter, singing with Earth Wind & Fire on her first album. The tuneful wordplay in "Gonna Fall In Love " brings Lily Allen to mind. While I'm at it, I'll also say that Tess reminds me more than a little of longtime blog favorites Chrissi Poland ("Going Back") and Annekei ("You Are The One"), high praise indeed. In the last decade the multi-talented members of the Roots, along with their producers and friends have made Philadelphia once again the center of the soul, R&B, and hip-hop universe. How fortunate then, that the supremely gifted Tess Henley could come out of the Seattle music scene, connect with the Roots, and come to Philadelphia to make High Heels & Sneakers with them. Tess Henley's voice blows me away and I totally love this record. Read the full review. 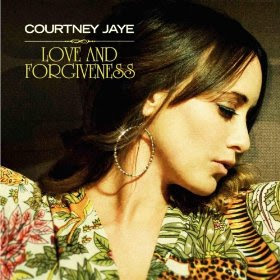 Listen to "Ask Me To"


Fierce Optimism:  When you hear Courtney Jaye's third album, Love And Forgiveness, you may well think "I didn't know they made records like this anymore." Every track is so full of memorable melodies, sweet vocals and unstoppable guitar lines that the result is unquestionably the soundtrack for summer (or whatever season it happens to be), and the first album you'll want on a road trip. Produced by Mike Wrucke (Miranda Lambert), every song has the goods to be a hit single.

Love And Forgiveness pulls off the neat trick of sounding fresh, original, and new, while evoking the big pop and country rock albums of the seventies, Bounce around the web and you'll see comparisons ranging from Linda Ronstadt and the Eagles, to Sheryl Crow and Jenny Lewis, and everyone in between. I'll add my proverbial two cents to the comparison game and say that I am occasionally reminded of Natalie Maines of the Dixie Chicks and Mindy Smith. The real bottom line is that Courtney has used the trials and hard times she's experienced as seasoning and she's come out the other side with a fierce optimism that infuses every track with a real sense of, well, Love And Forgiveness. I love this album, a pure delight.

Listen to "Merry Go 'Round"


An Irresistible Combination:  After ten years in country music during which she gained some success as a songwriter (her songs were recorded by artists like Martina McBride and Miranda Lambert), and three self-released albums, Kacey Musgraves made her major label debut this spring with Same Trailer Different Park and she's ready to be country's for real next big thing. It may sound like mainstream country music, the kind you hope to hear whenever you tune in country radio, but Kacey has a slightly subversive edge to her songwriting that says this isn't your father's CMT. That Kacey injects some new, non-traditional ideas into a music industry that normally embraces a steady diet of guys, girls, trucks, beer, and the military, is grounds for celebration. It almost didn't happen.

The week of the album release, the New York Times ran an excellent profile of Kacey in their Sunday magazine. It was touch and go when she performed for the country music establishment at the Ryman Auditorium in February. Read what was at stake, then watch that performance of "Follow Your Arrow" at the Ryman. The moment when the audience embraces her is electric and it will make you want to cheer.

"Follow Your Arrow" is a wonderful song and I guarantee you've never heard anything like it on country radio. Kacey has mastered the art of writing the sort of clever lyrics that makes country the last bastion of imaginative and creative songwriting in popular music aimed at a mass audience. The reason that the establishment had to support her career (she is currently opening stadium concerts for Kenney Chesney) is because the album is so damn special. Every track is loaded with melody, sharp lyrics that are laced with humor and topicality, perfect production and hooks you could drive a pickup through. On top of all that is Kacey's voice, so irresistably pure, fresh and sweet that those red-state leaning industry bigwigs never had a chance. I really love this record, that's three out of three.

Listen to "Rainy Night In Georgia"


Like Fine Wine: Boz Scaggs just gets better with age. For his first album since 2008's Speak Low, Boz pays tribute to the rich history of Memphis soul music. One listen to "Rainy Night In Georgia", his cover of the Brook Benton classic, penned by Tony Joe White tells you everything you need to know. The rest of the salient details are nicely spelled out in the press release.

Produced by Steve Jordan (John Mayer), Memphis was recorded at Willie Mitchell's legendary Royal Studio in Memphis, where the late Mitchell recorded Al Green and other hit music artists. Joining Scaggs on MEMPHIS are Willie Weeks (bass), Ray Parker Jr. (guitars), Spooner Oldham (keyboards), the Memphis Horns, Lester Snell (string arrangements) and Steve Jordan (drums). The originals are excellent, but the covers positively kill me, in addition to the above, songs like "Love On A Two Way Street" and "Can I Change My Mind" add volumes to the Memphis soul tradition. 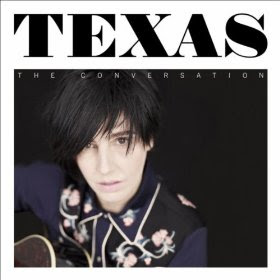 Listen to "The Conversation"


Without Pretension:  I fell in love with Texas' lead singer Sharleen Spiteri's voice back in 1989 when they came out of Glascow, Scotland with their debut album, Southside. They played quality rock, utterly without pretension. This year Texas returned from an extended layoff with The Conversation, their eighth album and their first new material since Red Book (2005). The title track open the album with a bluesy guitar riff that recalls the straightforward guitar rock of that first album, The Conversation (the album) has the pop/rock sophistication that drove so many Texas singles to the top of the UK charts.

The band sounds tighter than ever now, and while there's none of the northern soul that they came to be known for, Sharleen's vocals have an innate soulfulness that makes every track a treat. The songwriting is consistently good with all tracks written by Sharleen Spiteri and Johnny McElhone, collaborating with Richard Hawley and Bernard Butler. Writing for PopMatters, Alex Ramon said "The Conversation is a welcome return, then. This isn’t the album to convert the cognoscenti to the Texas cause, but those willing to listen without prejudice will find in these warm, well-crafted songs a perfectly seductive soundtrack to their summer." I couldn't agree more.