Scottish Independence: Scotland Votes to Remain in the U.K., "Caledonia's Been Everything I've Ever Had"

This week Scotland had an historic referendum on whether the country should declare independence from the U.K. Passions were high on both sides, as reflected in the stunning, record-breaking voter turnout of 85%. When the dust had settled, NO had won by a margin of 55% - 45%. For many reasons this endeavor was good for Scotland; for one thing there was an incredible focus on Scottish history, legacy, and culture. In my opinion, Scotland is a much stronger country today by virtue of the fact that they are now part of the U.K. because they choose to be, not because of agreements made several hundred years ago. The political implications for Scotland, England, Wales, Northern Ireland, and the United Kingdom are both huge and complex; there is an excellent analysis in this article from the New York Times.

There are many aspects of Scotland that appeal to me, not the least of which being the landscape, the accent, and especially the culture, specifically the music. Scotland has a great musical tradition extending from Robert Burns through traditional folk music right up to the current day. Artists like Dougie MacLean, Mark Knopfler, Del Amitri/Justin Currie, Texas, and the Average White Band have done it for me for many years. In that regard, I also have to mention Eddi Reader, Trashcan Sinatras, Eilidh McKellar, Camera Obscura, Rod Stewart, John Martyn, K.T. Tunstall, Gerry Rafferty, and Annie Lenox among others.

Now would be an excellent time to revisit and appreciate "Caledonia," Scotland's unofficial anthem written and performed by Dougie MacLean.


I don't know if you can see
The changes that have come over me
In these last few days I've been afraid
That I might drift away
So I've been telling old stories, singing songs
That make me think about where I came from
And that's the reason why I seem
So far away today
Oh, but let me tell you that I love you
That I think about you all the time
Caledonia you're calling me
And now I'm going home
If I should become a stranger
You know that it would make me more than sad
Caledonia's been everything
I've ever had
Now I have moved and I've kept on moving
Proved the points that I needed proving
Lost the friends that I needed losing
Found others on the way
I have kissed the ladies and left them crying
Stolen dreams, yes there's no denying
I have traveled hard with coattails flying
Somewhere in the wind
(Chorus)
Now I'm sitting here before the fire
The empty room, the forest choir
The flames that could not get any higher
They've withered now they've gone
But I'm steady thinking my way is clear
And I know what I will do tomorrow
When the hands are shaken and the kisses flow
Then I will disappear
© 1982 Plant Life Music Ltd

Dougie MacLean posted the following this morning on Facebook:
Having spent yesterday sleepless, disappointed and speechless…
Today I woke up feeling so proud of the people of Scotland…all 85% of them…for caring so much about this Nation that they got involved in our wonderful referendum. I'm not proud of the conventional media, I'm not proud of the Westminster political parties and I'm not proud of the big corporations and banks….but no matter which way people voted, or for what reasons, 85% of our population cared enough to go to the polls and vote! That's incredible.

We now have a politically engaged youth …which is really precious. We must carry on striving for fairness and equality for our people, responsibility and transparency in our elected representatives and most of all a love and caring for each other. After all that's what this whole thing has been about.

For me…I'm disappointed that we couldn't achieve Scottish Independence this time because I think it is so important. But the Spirit of Independence is alive and will never go away…I'm in no doubt we will have our opportunity again……..see you there!!!!!!!

Justin Currie is currently on tour in the U.S. (he voted yes by absentee ballot), he posted the following this morning to Facebook:

I awake to the tragedy of my own people rejecting radical change to cling to the false security of the last flotsam from the shipwreck of the British Empire. I am tuned to BBC Radio London and the glee and jubilation of the powerful spouting forth from the radio is suffocating.

I cannot deny that I am very angry. I was angry last night when I saw the way it was going and I am angry this morning in the harsh light of the result and I'll be angry when I go home. I feel like the hope just got kicked out of me. I feel like I am being held down by a gang of victorious sports fans because I am wearing the wrong colour, walking down the wrong street and have been singing the wrong song.

The surprising flame of Scots radicalism that flashed so brilliantly in the heat of this referendum has been snuffed out by a majority who have become so risk averse that they cringe at the prospect of taking any semblance of control from the managerial class who have been quietly rescinding our rights for thirty five years.

I know that's unfair and many understandably cautious voters may have gambled on the safer option of the "increased powers" promised by our overlords. But this is crushing and I'm sad and beyond disappointed. I'm in despair. To have made that journey and crossed that bridge from cynicism to belief to find nothing on the other side? It's just like being Scottish.

We head out at ten, saying goodbye to Pittsburgh's rivers, verdant cliffs and bridges on the way. The city receives top marks from the touring party of three. The sun is still blazing and the sky is still bird's egg blue. After a while we pull off the highway and find a silver sided diner. I make a critical mistake and go local and order "scrapple" which turns out to resemble floppy grey Spam. I try and unpick the eggs and potatoes from its clammy grasp with limited success. I remain deeply unsatisfied.

Autumn has advanced a little further in these parts, coppers and reds now blooming in the wooded rises around us. Virginia creeper entombs a few ossified trunks like a bloody infection as a distant vista occurs on the horizon looking dazzlingly like an ersatz England.

For the first time this trip I clamp on the alternative reality of the headphones to remove myself from the world. Randomly, Nick Drake and George Harrison pop up then Edwyn's awesome Velvet's tribute, Forsooth. I enter the dream state of motion and music, cruising through my own private movie and leaving all troubles behind. Music allows emotions to make themselves known. They swim around in the space the sound creates. Music is a place where you can find solace and consolation. Chopin, Ariel Pink, Nina Simone, Curtis Mayfield offer succour like nothing else can - not even drink.

We check in to our lavish suites - kitchen, lounge and real fireplace. I feel like a Hollywood screenwriter from the 40s. For the second night in a row I watch part of 12 Years A Slave which HBO are showing this week. It didn't do it for me at the cinema but away from all the hype it stands up well. There is a BBC news channel too and I watch Salmond's resignation statement. He looks like a man who has been pulled out of a collapsed building. Or like a little boy who just got told his dad has cancer. News of a right-wing fracas in Glasgow's George Square reaches me via a microblogging service. Jesus. There is also some paranoid stuff about fixed counts which merely amounts to footage of a ballot counter getting her piles mixed up as far as I can tell. Just because we didn't win is no need to go looking for foul play. The massive media bias against independence was foul enough.

I receive texts from friends who have been crying. When does that happen? Two generations of Scots suddenly engaged. They started talking and thinking about what might be possible, about leaving a system so rigged, so deeply corrupt that they'd never considered it might be possible to change it. They started hoping and believing - concepts that don't come easily to the Scottish psyche. Fuck.

Before the show I wander out and breath the warm night air. Crickets trill like Star Trek gadgets and the evening traffic washes past in oceanic waves. Then suddenly calm descends as the lights all turn red. My country lies out to the east, half in mourning and half in relief. 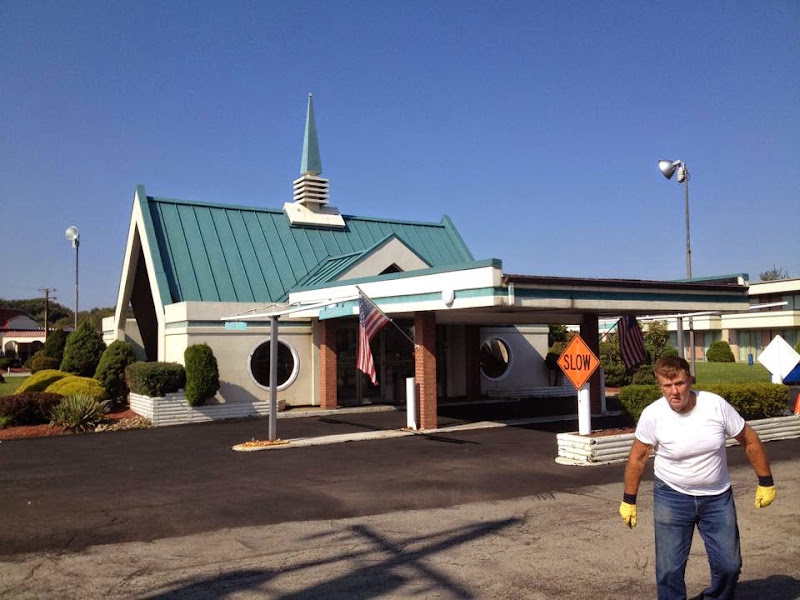 Bonus Video: Paul McCartney and Wings - Mull of Kintyre
According to Wikipedia, "The song was written in tribute to the picturesque Kintyre peninsula in Scotland, where McCartney has owned High Park Farm since 1966, and its headland, the Mull of Kintyre. The song was Wings' biggest hit in Britain where it became the 1977 Christmas number one, and was the first single to sell over two million copies nationwide."