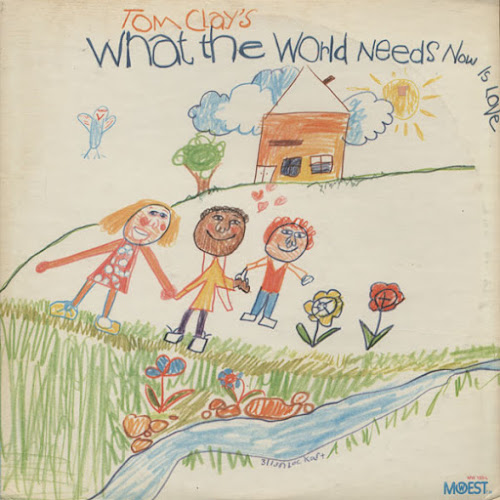 Last week's Top Forty countdown on Sirius XM's 70s channel was from the year 1971. It was a year when good music ruled the chart, for the most part...

I was going to post this song the next morning, but didn't; I wrestled with the idea for a few days. I knew the record and knew it got lots of airplay back then, but Sunday night I was surprised and appalled to realize that the record had gone top ten on the Billboard chart; that it came in at #8 for the week of August 14th. I have long objected to maudlin and manipulative records like this.

But the reason that I felt like posting it was that, as I listened to it now in 2016, I could not escape the thought that you could easily substitute sound clips from the news of the past few years. Which leads me to think that the problems facing our country have not changed that much. In many ways they've gotten worse.

In the Tom Clay production, the issues are the war in Vietnam and the assassinations of John F. Kennedy, Dr. Martin Luther King Jr., and Robert F. Kennedy. If you were to reproduce that record today, you would be dealing with mass shootings by psychos, mass shootings by terrorists, and the racial divide that boils over every time a police officer kills a young African American male.

If you thought about any of the above, then you might be excused for thinking that the human race is flawed, and we are all f*cked.

All this stream of consciousness stemmed from hearing that Tom Clay record on the radio.

Lord, we don't need another mountain
There are mountains and hillsides enough to climb
There are oceans and rivers enough to cross
Enough to last 'till the end of time

Lord, we don't need another meadow
There are cornfields and wheat fields enough to grow
There are sunbeams and moonbeams enough to shine
Oh, listen, lord, if you want to know

P.S. For the record, "What the World Needs Now is Love/Abraham, Martin and John" was produced by disc jockey Tom Clay using the world's wimpiest, most MOR version of the song. Number 8 was its peak chart position on the way to selling over a million copies.

I can't wrap this up without offering a listen to the original hit version from 1965 of "What the World Needs Now is Love" by Jackie DeShannon.