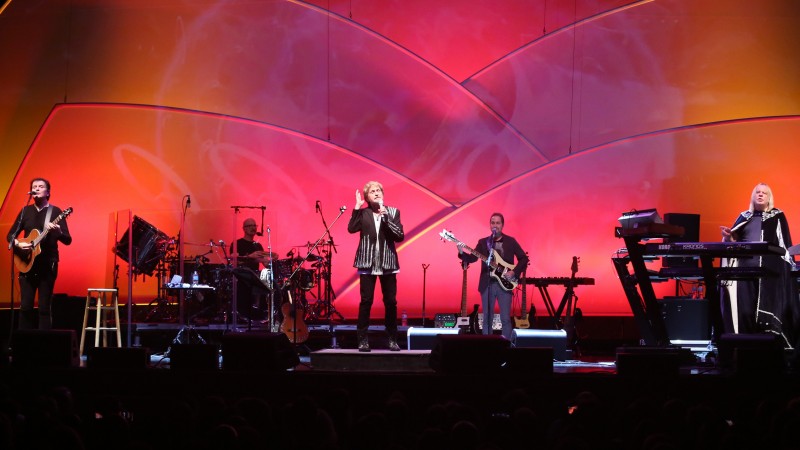 ARW played the second of two sold-out nights at the Keswick Theater in Glenside on Sunday, October 16th. The last twenty-five years or so evaporated as ARW played two hours of prime Yes music at its best. More about that in a moment; first, some history. 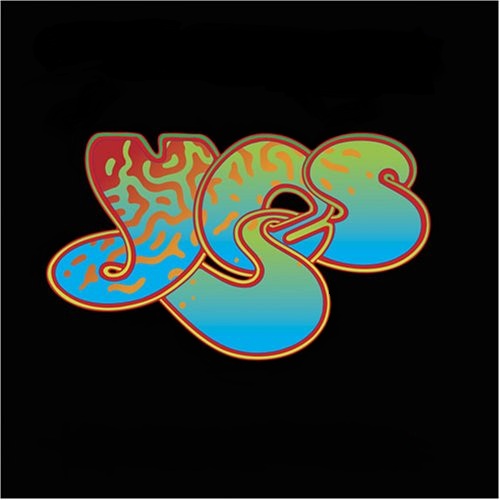 Yes logo by Roger Dean
For a little over a decade (1969-1981), Yes wrote and recorded a truly inspired body of work. From '71-'73, Yes produced a string of albums that were so perfect, so creative, and so virtuosic that they stunned their audience with this music, which they have been playing ever since. The Yes Album, Fragile, Close to the Edge, and Tales From Topographic Oceans literally defined the term "progressive rock". 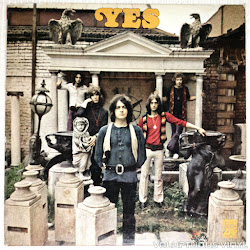 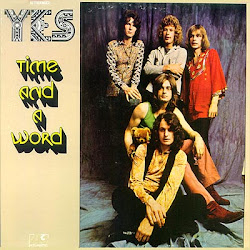 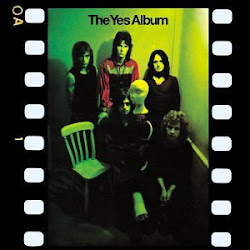 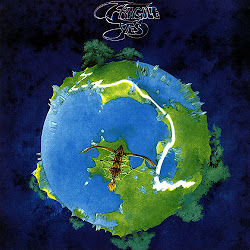 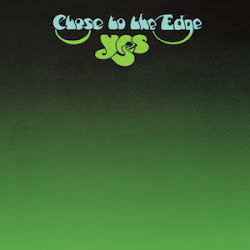 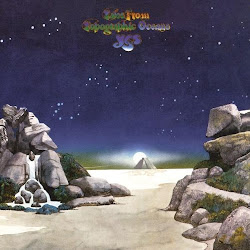 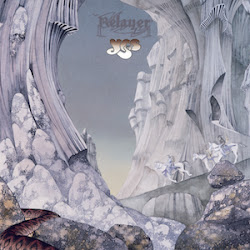 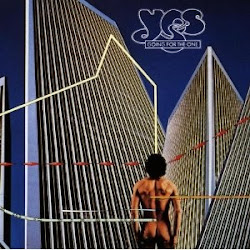 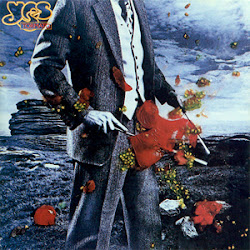 On their seventh album Relayer (1974), Patrick Moraz replaced Wakeman on keyboards. Moraz left and Wakeman returned on Going for the One (1977). That lineup remained unchanged for Tormato (1978). 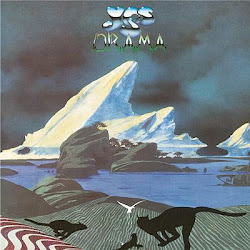 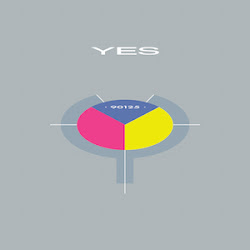 Let's review. We've got Jon Anderson, Chris Squire, Steve Howe, Rick Wakeman, and Alan White. The Yes lineup was about to get dicey. Jon Anderson and Rick Wakeman left Yes, setting up the first Yes album to have vocals by anyone other than Anderson. This was huge in that Anderson's voice is so completely synonymous with Yes. Taking over vocals was Trevor Horn, who along with new keyboardist Geoff Downes had previously been in a group called the Buggles ("Video Killed the Radio Star"). This new lineup released the perhaps aptly titled Drama (1980). After touring the Drama album, the group disbanded. 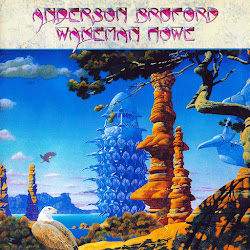 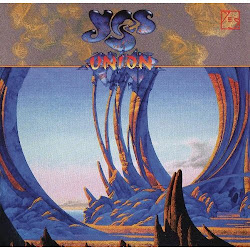 After the Big Generator tour, Anderson left Yes once again, reportedly longing for the more progressive music Yes did in the '70s. Anderson recruited ex-Yes members Bill Bruford, Rick Wakeman, and Steve Howe to form not Yes, but Anderson Bruford Wakeman Howe, to release their self-titled (ABWH) album in 1988. For their next move, Yes combined with ABWH to release Union (1991). The title turned out to be wishful thinking as the two bands did not actually combine on any track, it would seem that business interests prevailed.

I only went this deep into Yes history because the song selection for the ARW tour included "Lift Me Up" from Union. Since Union, various aggregates of the eight musicians have periodically taken up the Yes mantle, some even writing and recording new material. I have always held that any band calling itself Yes needs to include Jon Anderson and Chris Squire at minimum. Sadly, Squire's death in 2015 precludes any reformation of Yes in my book. That's why I was glad to see this year's revival being mounted by ARW. Note that there is currently an iteration of Yes on the road, which features Steve Howe and Alan White as its only "original" members.

The other reason that we are delving into Yes history is to show the context of the current lineup of Jon Anderson, Trevor Rabin, and Rick Wakeman. When I heard that ARW was coming to the Keswick Theater to play the music of Yes, the opportunity to see these fine musicians perform in such a small venue made attendance mandatory for me. 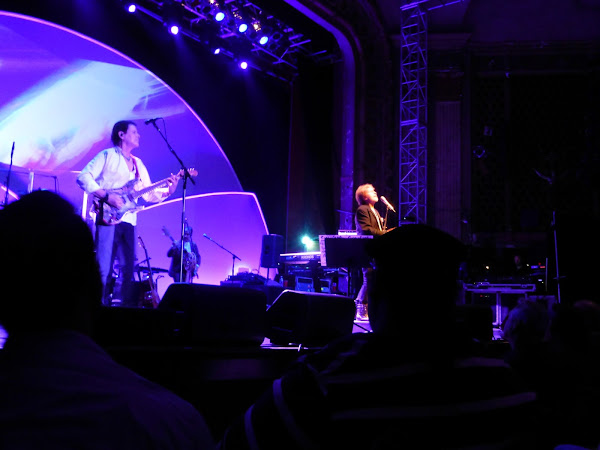 Between 1971 and 1976, I saw Yes somewhere close to ten times, every one of those concerts taking place in a big arena, one at a stadium. Compared to that, the Keswick is downright intimate. Both ARW shows were sold out, and even though I've been to sold out shows at the Keswick before, the venue seemed more packed than ever. This audience was so intensely focused on the music that the concert experience seemed almost religious.

This was a loud show. Fortunately, they had the necessary amplifiers and speakers to pull it off, to be loud but perfectly clear. Some of the loudness may have been due to the fact that we were sitting right in front of the speakers, but I suspect that in a room the size of the Keswick it would be nearly as loud wherever you sat. The drums sounded especially loud; it's a good thing that the drummer, Lou Molino, was more than up to the task of performing the Yes repertoire. Bassist Lee Pomeroy was similarly solid holding down his end of the rhythm section. Chris Squire's bass technique was so distinctively associated with Yes I was glad to see that Pomeroy did not try to imitate Squire, except when ARW played "The Fish", the instrumental coda to "Long Distance Runaround" from Fragile, which Jon Anderson said was their tribute to Squire. 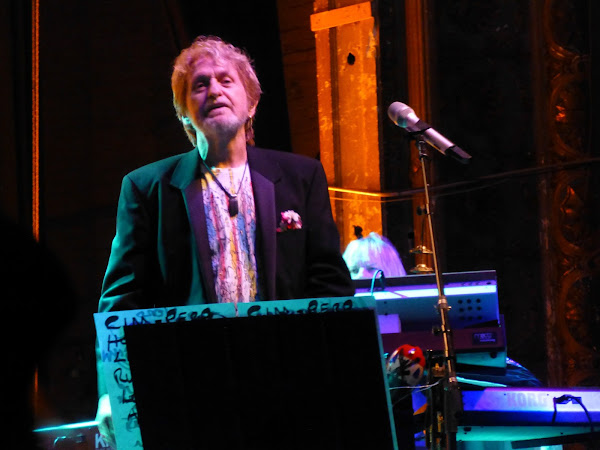 In addition to "Long Distance Runaround", they also did "Heart of the Sunrise" and thus gave us a good portion of the Fragile LP even before they encored with "Roundabout". There were two from The Yes Album, "Perpetual Change" and "I've Seen All Good People". It was an extremely well-crafted set (see the setlist below).

Trevor Rabin excelled with his electric guitar, and not just on the songs that were recorded while he was a member. He sounded good on all the material and, wisely I think, pointedly did not try to imitate the guitar of Steve Howe. The difference was major at times, like on "And You and I" from Close to the Edge where he electrified passages that we are used to hearing on acoustic guitar. The effect may have been drastically different, but it was not unpleasurable.

The last couple of times I saw Yes were in 1976 with Patrick Moraz on keyboards. That may have contributed to, but doesn't totally account for, the immense pleasure I got from listening to two solid hours of Rick Wakeman's keyboards. Even though Yes' music has always been, let's say, keyboard-centric, Wakeman completely dazzled. I'd even say that he is performing better than ever before in his storied career. Many of the songs ARW played had a lot more synthesizer in them than I think I ever heard before. 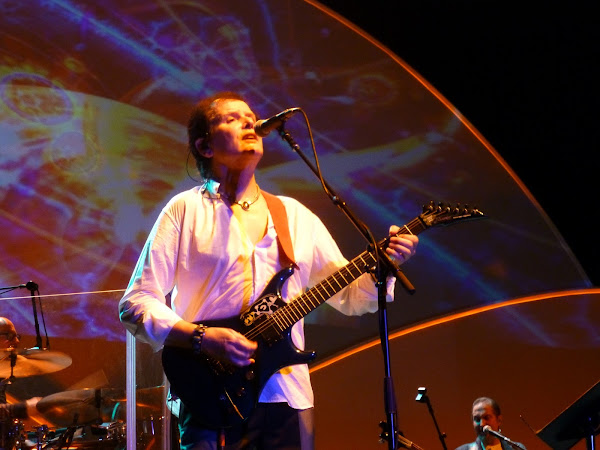 Even considering all of the above, perhaps the most impressive performance of the night belonged to Jon Anderson. Although he played some acoustic guitar, I am talking about his magical voice. When you hear him sing, you know it's Yes. What's amazing is that even now in his 70s, his voice is not only intact, if anything it sounds even stronger than in the past.

To say that the packed house at the Keswick loved the show would be an understatement. There was much great music in the set, but in the last half hour or so, I got a whole new appreciation for "Awaken" from Going for the One. This long song built to a superb conclusion to lead into the set ender, "Owner of a Lonely Heart". The place was going completely nuts until ARW retook the stage for a triumphant "Roundabout". Before leaving, Anderson said something about coming back next summer. 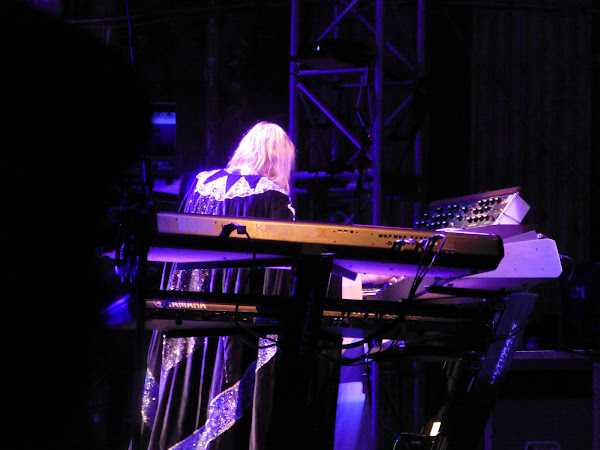 Setlist for the Keswick Theater 10/16/2016 (courtesy of setlist.fm). The Keswick strictly enforced their no recording policy, hence there are very few videos on the web. For each song on the setlist, click the video link to watch that song performed elsewhere along the tour. 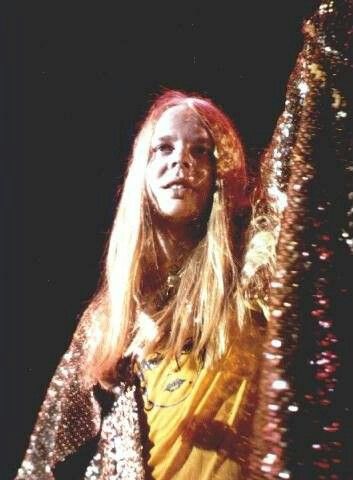 Rick Wakeman in the 70s
Photo courtesy of Yes

HerbDeCordova said…
That is an extraordinary treatise. It's not just a review...it's a primer (and a reminder) for all YES aficionados...young and not so young....old and new. I was thrilled to be at their NYC Beacon Theater show where, I believe, this group of merry minstrels performed every song....every piece...every little piece of every piece...with skill, pride and passion. I prefer to not make comparisons to the YES of old..in all its manifestations - I always loved being in "the room" with them. As a veteran concert goer (literally 100s)....I always felt that "being there" with YES was, as the writer wrote....a religious experience. ARW provided a very similar presence for me and for a great many in attendance. I'm happy to have lived to see and hear them and I will visit them again if/when they return to my fine city.
They're lucky to have each other and such an incredible body of work. We're fortunate to know and love their music and to have the opportunity to see and hear them again. My love to JA, TR and the Grumpy Ol' Grandmaster RW and their accompanists. RIP Chris Squire. You all did him proud.
11/07/2016