Being that I was totally impressed with Shannon McNally's latest album Black Irish, when her tour to promote it was booked into the Sellersville Theater for a show Septemer 6th, it was one that I could not miss.

Even though it had been fifteen years since I last saw her perform (early in her career), it was really interesting that there were some common threads between the two performances. In 2002, when McNally released Jukebox Sparrows, her major label debut, we went to see her at a small venue in Philadelphia, NXNW. At that show, when Bev came back from the ladies room, she mentioned that Shannon was in there preparing to go on stage.

Fast forward fifteen years, and before she even played a note she was telling a story about having a deja vu about a past appearance there and encountering Johnny Winter in the dressing room. "It was nothing terrible," she said, "just not the way you want to see one of your idols." But that was not the only thing. When we saw that show in 2002, she was opening for Levon Helm. At Sellersville, she spoke at length about Helm, and about how much she admired him, and how she used to see him play often, and how she hated to see him reduced to playing little bars. That was part of an intro to "Rock My Soul," a song she wrote in tribute to Helm after his death.
McNally's storytelling is as entertaining as her music, and her show had plenty of both. Brett Hughes accompanied her throughout the set with some well played guitar. McNally drew a little better than half her set from the Black Irish album (see setlist below), which is garnering rave reviews, and not just mine.

In addition to "Rock My Soul", the songs that weren't from Black Irish included "This Never Happened and I Was Never Here", a rarity from her Light Walker Demos EP. She sang her "Bohemian Wedding Prayer", which came from Chasing The Ghost - Rehearsal Sessions with Amy LaVere.

It was nice to hear a couple of songs so new that they haven't been released yet. First was "Cajun", which is the working title of a song that McNally hopes to record with Crowell for an album to follow Black Irish. Accompanist Brett Hughes wrote "Sweet Little Bird" for a solo album, which has yet to be released. For her encore, McNally took an audience request for "Lonesome On'ry And Mean", a song recorded by Waylon Jennings. She prefaced it with an interesting and funny story about signing with Jennings' label.

The song's from Black Irish all sounded great at Sellersville. Hughes' guitar combined with McNally's to flesh out the sound.

The album has a good mix of covers and originals. From it, she sang three of the originals, including "Banshee Moan", which came with Shannon's explanation of the terms Banshee and Banshee Moan as only she could tell it. The best aspect of Black Irish is that the originals are as good as the covers, and the covers are well chosen indeed.

The covers in the set included songwriters such as J.J. Cale (love that she's keeping alive the memory of this talented "Okie") and Susanna Clark who got a story about her being a muse for a whole group of excellent songwriters including her husband Guy Clark and Townes Van Zandt ("I want that gig"). When she covered The Staple Singers, she talked about vinyl records and interviewing Mavis Staples at The Grammy Museum in Cleveland, Mississippi.

When you watch the video below you'll see McNally talk about the concept of song writing and recording cover versions, and how if you want songs to live on and have others sing your songs you have sing someone else's songs sometimes. All this came during the intro to her cover of The Band's "It Makes No Difference". She maintained that she couldn't write a better song "so let the best song win."

Few artists open up during a performance the way Shannon does. Armed with some excellent songs and that outsized personality, McNally is the real deal.

Watch "It Makes No Difference" 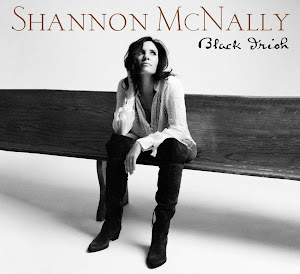 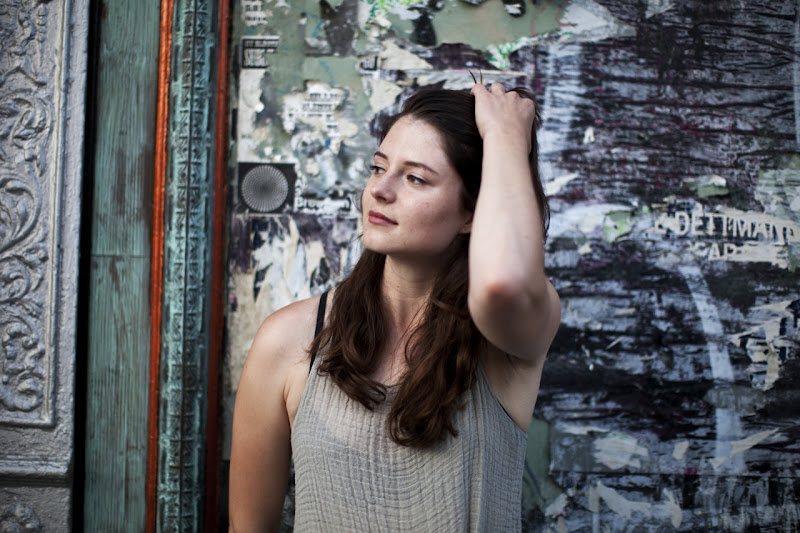 The evening's opening act was Caroline Reese. Her well received seven song set included all four tracks from her Two Horses EP, which was released that Friday (September 8th). The crowd really enjoyed her sense of humor in addition to her music. She was an excellent lead in for McNally. 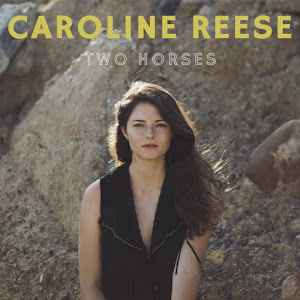 Caroline Reese's Two Horses EP is excellent. The songs, which sounded good solo acoustic, positively shine on the EP where they receive full production including some very expressive pedal steel and lead guitar.