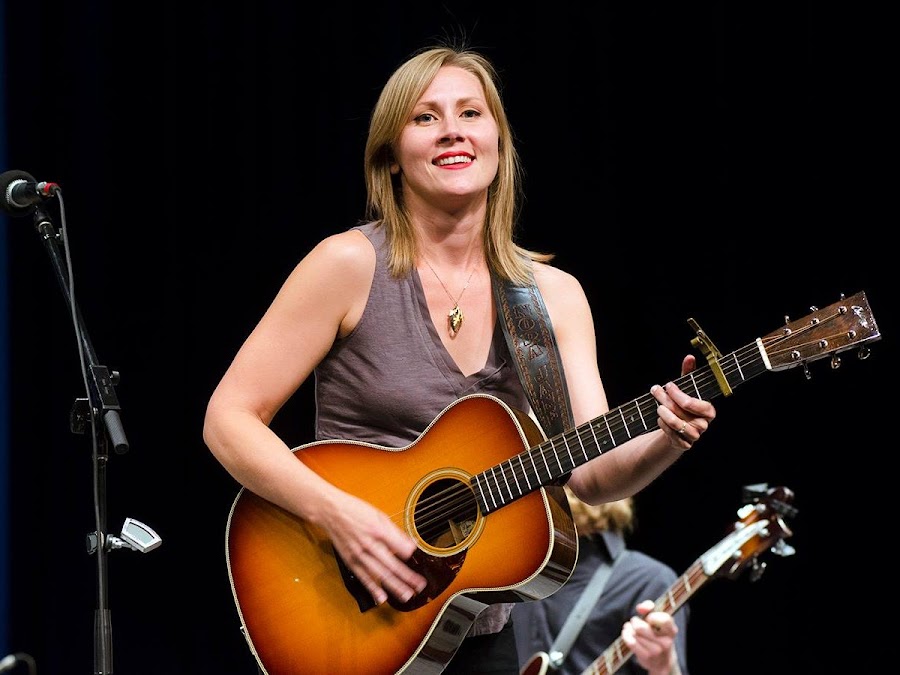 Saturday night October 28th: When I got home from the concert, I posted the following to Nora Jane Struthers' FaceBook page:

Thank you Nora Jane for bringing your show to the Sellersville Theatre tonight. I have wanted to see you live ever since falling in love with your last album, Wake. In addition to the great songs, there's something about that record which gives it a good time bar band vibe. After missing you at the Steel Stacks in August, I wasn't going to miss this one. It was a fantastic night and your live show puts it all in perspective. Thanks also for coming up to say hi. It was a great night of music and everyone there enjoyed the heck out of it.

With no opening act, Struthers played two sets. The first set was drawn largely from her latest album, Champion, and from Wake, her previous record.

What attracts me to this artist even more than the excellent songwriting, production, and vocals by Struthers, is the extraordinary high level of musicianship. Nora Jane's husband, Joe Overton, plays a myriad of instruments including some magnificent pedal steel; he's also adept at the fiddle, guitar, and banjo. I'm also a fan of Josh Vana's electric guitar work, plus he plays acoustic guitar and some harmonica. For the show, we only heard half of her first rate rhythm section, specifically the Brian Duncan Miller on bass half; drummer Drew Lawhorn made a commitment before this show was booked, so Struthers decided to go without. She explained, while introducing "Grass", that going drummerless would present a number of musical challenges, as well as an opportunity to play some material that they don't usually play.

After the intermission, she performed an acoustic duet with Overton on "Susannah Gal". Then, as a special treat Struthers brought out her dad Alan Struthers for another acoustic duet, "Happy Sunny Side". The father-daughter duo, who once jokingly referred to themselves as the Struthers Brothers, just recorded a new album together, their second, which Struthers said would be released in late 2018 or some time in 2019. The sixteen tracks of that album can be heard now and/or downloaded via Struthers' Patreon page. According to Struthers, the duo's debut album dates back to 2009 and she proudly noted that the initial run of 1,000 copies has sold out.

Overton returned to the stage for a family trio rendition of the gospel standard "All Night Long" ("Paul and Silas") with lyrics that were drawn directly from scripture.

Struthers covered a lot of ground in her set. She talked about coming from a background of folk and bluegrass; with her current band she has added rock and country to her arsenal. Her live show puts this all into perspective.

Struthers nicely explained the songs she played and talked about growing up in New Jersey; she lives in Nashville now and extended an open invitation to come on down and go "honkytonkin." If you go, don't forget to ask about the Jack Daniels Slushies and have a "holler and a swaller."

Watch "Grass" and check out the gorgeous pedal steel, plus some excellent electric guitar. 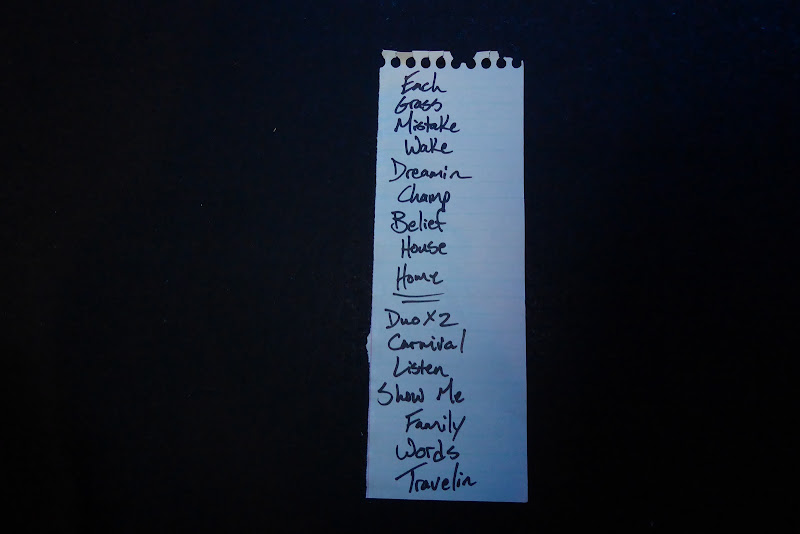