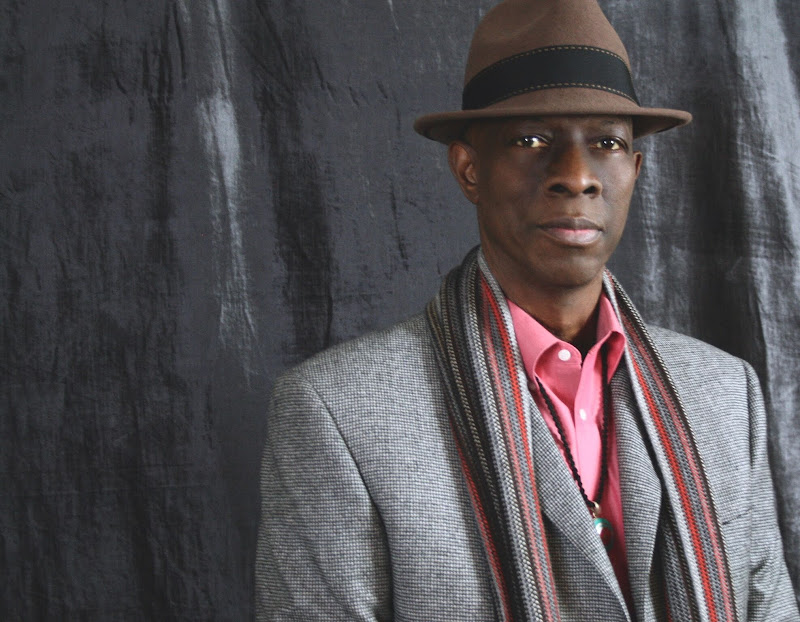 Fresh off his Grammy winning duet album with Taj Mahal, Tajmo (2017), Keb’ Mo’ is currently out on a tour with his band. On Friday, May 18th, the tour stopped at Parx Casino in Bensalem. At Parx's new Xcite Center, Mo’ took the stage at a little after 8pm with no opening act.

He opened the show and played his first three songs more or less solo acoustic. Mo’ is one of the very few individuals who can command a room armed with nothing more than an acoustic guitar and a microphone. As phenomenal as Mo’ sounded by himself, he was sounding even more so with full band.

On "Just Like You", guest musician Kevin So added piano. The drums kicked in on the next song "Am I Wrong". Drummer Les Falconer had added light percussion during some of the earlier songs. The full band was in gear by song six, "Suitcase", with David M. Rodgers on keys and Keith Jones on bass.

This was some of the sweetest blues you'll ever hear. Mo’s voice is so strong, so appealing, and his guitar playing is so good that it doesn't matter whether he's playing electric or acoustic, solo or with band. Keb’ Mo’ is a masterful singer, songwriter, and musician.

I am going to take a time out right here to discuss the venue. The Xcite Center was built inside Parx Casino in Bensalem and it opened for events in early 2018. When you arrive at the main entrance to Parx, after the lobby you encounter the main gaming floor and the Xcite Center is located directly opposite.

This is not my first casino show, but it was my first time at Parx. The gaming floor assaults the senses; imagine the sound of hundreds of video games playing at once combined with a plethora of voices, all accompanied by the pounding background music. I won't even try to describe the visual especially since we can just include the following picture, courtesy of Parx. In addition, you get the smell of cigarette smoke. 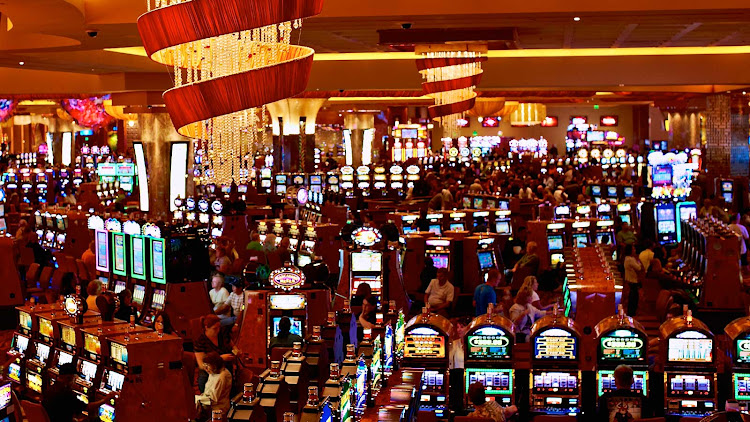 The good news is that when you enter the Xcite Center, it is so well soundproofed that you can easily forget where you are. It is literally so quiet you could hear a pin drop. The capacity is 1,500 with a seating layout that it wider than it is deep, ensuring great sight lines for the audience. The wide stage has large video screens on either side and two cameras that show close ups and such during the concert. Most importantly, the sound quality is phenomenal. It is one of the best sounding venues I have been to. Even though the camera that made the videos below has no special audio equipment, just the tiny internal microphones, you can clearly hear the superiority of the sound when you watch these videos.

The only possible downside of the location within a casino could be the liberal flow of alcohol. You sometimes hear people in a crowd call out to the artist between songs, but I don't think I've ever heard the degree of heckling that went on between almost every song during Mo’s set. Mind you, it was not combative, just drunk/stupid comments. Like when the band had just finished an amazing version of "Government Cheese", some guy (well meaning) yelled out, "Step it up." Mo' thought about it for a second or two then he good naturally replied, "Step it up? This is just about as good as it's gonna get, Bro." With that, he launched into "More Than One Way Home", a signature song if I ever heard one. Watch it below.

Every song sounded great, however, I'll single out "Shave Yo' Legs" because while he was playing it I was thinking this might be my new favorite love song, "You don't have to shave yo' legs for me." I also love the humor in "Old Me Better," and live it sounded even better yet.

The set included something of a rarity. As an intro to "Afraid Of Your Love" Mo' told a story of going to a restaurant for breakfast in Nashville where he lives. He told of running into piano playing singer-songwriter Kevin So and they decided to write a song together, because as Mo' put it, "In Nashville, that's what you do." So has included it on his latest CD, but as far as I can tell, Mo' has yet to do likewise. This song is a soft love song that starts with only piano and voice. After a verse, Mo' threw it to So to sing the next verse. About midway through the song, Rodgers joined in with the most gorgeous organ tone and from there it was just voice, piano and organ to the finish. This is the kind of song that might seem unassuming at first, but after you hear it a couple of times it gets under your skin and you can't stop listening to it.

Check out Keb' Mo's discography and you'll find his career has been anything but that of a conventional bluesman. This show confirmed every good thought I've ever had about the guy and I would say that his live show is the real deal. It's as much fun as you can have at a concert.

Watch "More Than One Way Home" 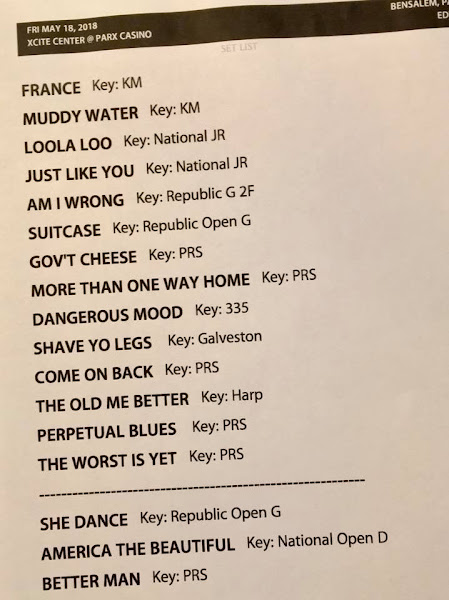 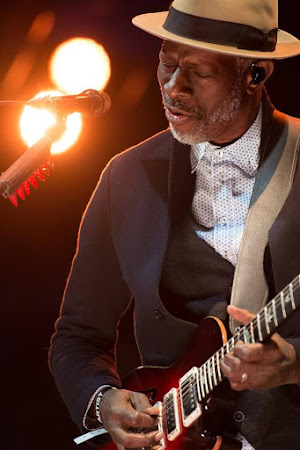