Springsteen Closes On Broadway After 16 Months of Sold-out Performances; Opens on Netflix and on CD, Bruce Has Become His Own Ultimate Character; A Message From Bruce - No E Street Tour in 2019 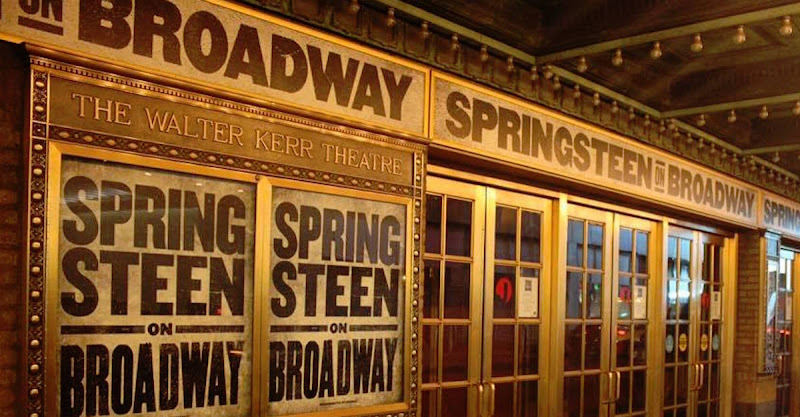 
I took month-long vacations in the stratosphere, and you know it's really hard to hold your breath
I swear I lost everything I ever loved or feared, I was the cosmic kid in full costume dress
Well, my feet they finally took root in the earth, but I got me a nice little place in the stars
And I swear I found the key to the universe in the engine of an old parked car
I hid in the mother breast of the crowd, but when they said, "Pull down, " I pulled up
Ooh...growin' up
Ooh...growin' up
"Growin’ Up" by Bruce Springsteen 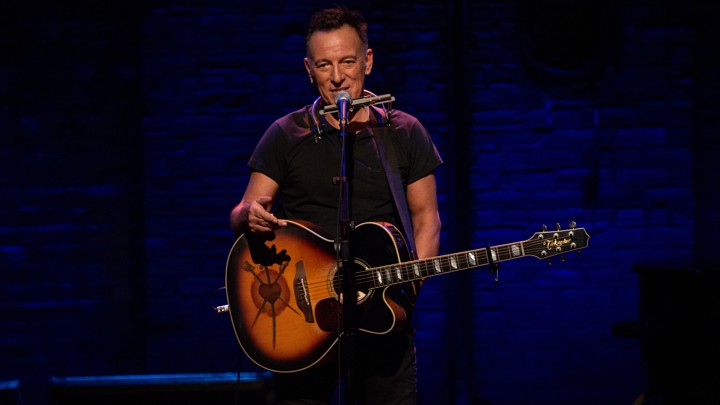 While this show is unprecedented in many ways, Springsteen has been creating and perfecting the character, who is at the center of this Broadway show, all of his life. It turns out that mostly all of the stories and the characters who populate Springsteen's songs have come in some fashion from his own life. All the years of writing, recording, and especially performing, have come together and generated the person we know as Bruce Springsteen.

I could spend the rest of this article listing the moments that knocked me out, but I'll just mention two moments that took my breathe away and left a lump in my throat. And this is just a recording, etched in polycarbonate; I can just imagine if I were in that small theater audience watching Bruce perform it live. One was during the story that lead up to "Thunder Road", and then he performed the song; hair standing on end time. The other such moment I want to mention is the whole combination of story and song for "Tenth Avenue Freeze-Out". It wasn't just at these shows that he invokes the spirit of Clarence Clemons (aka The Big Man, played sax next to Bruce since the earliest days); he has done some version of this at every show since Clemons death. Only here he also talked about his father and their adult reconciliation and that his dad is now with Clemons and Danny Federici (organ player with the E-Street Band for many years) and the friends, role models, and relatives who have passed on.

Somehow we may have suspected that Bruce didn't know the difference between Fuelie heads and a Hurst shifter ("Racing In The Street"), but in the end it didn't really matter. The revelation in Springsteen On Broadway that he didn't know how to drive a car until age 21 seems immaterial now in the context of the greater narrative. It's powerful stuff either way.

Note: Below are two emails I received from my longtime friend Robert (from Maryland). These represent his reaction to Springsteen On Broadway and were not written with publication in mind. I am reproducing them here (with permission) because I totally agree and because I could not say it any better. 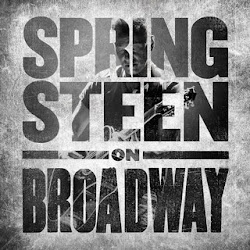 Buy at iTunes
Stream on Spotify
Watch on Netflix

I'm about halfway through the show now...I find it really emotional, relatable, profound, and really sad for some reason. Brings back a lot of memories...his family dynamic with his parents being quite similar to mine. Also just the memories of various times in my life I've seen Bruce and how connected we, as fans, are to him and his music....and have been for so long.

Anyway, it's making me cry a lot and so I'm taking a break from it.. will give you my final review later. But it really is excellent, much better than I anticipated. Great job Bruce.

I guess my final review would be simply leave it to Bruce to make such a highly personal story a universal tale that everyone can relate to and learn from. You can find just about all you need to know about what gives life meaning in these 2 1/2 hours. The disparaging remarks about the current state of our country were just icing on the cake...😂😂🇺🇸🇺🇸
Grade A+.


Bruce's Future Plans
The following was posted on the Bruce Springsteen website: A Statement from Bruce Springsteen
Just a note to quell some of the rumors over here on E Street. While we hope to be back with you soon, the E Street Band won’t be touring in 2019. Before I go back to my day job, the year will be consumed with a break after our Broadway run and various recording projects I’ve been working on. We do hope to see you soon, and until then, we have some mighty E Streeters out there regularly performing with their own projects who’d love and deserve your support. All love and Happy Holidays!     - Bruce Springsteen