Tash Sultana - The Met, Philadelphia, 5/17/2019, The Multi-Instrumentalist Street Musician from Melbourne Hits the Big Time; The Pierce Brothers Opened with Energy to Spare 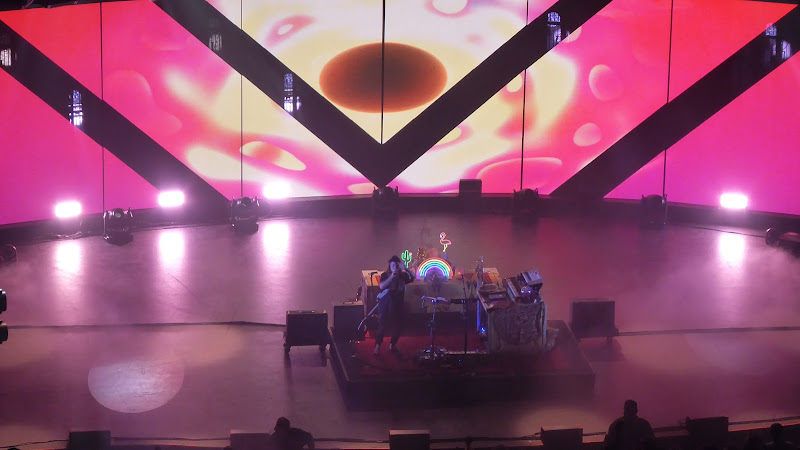 Tash Sultana headlined a show Friday night, May 17th, at Philadelphia's new venue, The Met. Both Sultana and show opener the Pierce Brothers came to us from Melbourne, Australia, and all commented on the beauty of the room. And a fine job they did renovating this building and opening last year as a concert hall. The Hidden City website tells us that in 1908:


"Impresario Oscar Hammerstein (grandfather of the famous lyricist) brought his operatic franchise to Philadelphia, where he built one of the grandest opera houses in the nation: over 4,000 seats, a gorgeous design, and a bold challenge to the Academy of Music (run by the Metropolitan Opera Company) downtown. After only two sold-out seasons of grand opera in a full-on Philadelphia opera war, Hammerstein ran into debt and had to sell his wildly popular opera house to his competitor."

From a quick look at the internet, we know that Sultana started playing guitar at the age of three, dealt with drug addiction as a teenager, did busking on the streets of Melbourne, made videos which went viral and successfully converted that into a career, and identifies as gender non-binary using the pronoun "they". Each time Sultana has played Philadelphia, it has been at a larger venue. The Met has a capacity listed at 3,500 and Friday night the seats were nearly filled, which is remarkable when you think that this has been achieved more on the basis of word of mouth and the internet than by traditional radio play. The progression of Philadelphia venues (this is the fourth) isn't even half of the story. As impressive as Sultana's local success has been, according to the internet, the current world tour was already completely sold out in Europe and the UK before Tash even left Melbourne, including a three night stand at London's Brixton Academy.

Sultana's virtuosity on guitar during very intense solo performances may begin to explain the meteoric rise. Tash uses a lot of electronics on stage. In addition to the guitar work, Tash adds some very appealing vocals as well as other instruments into the mix.

The show was mighty impressive. Sultana wowed on guitar, and used the loops and beat box to build and create compelling sonic statements that were both similar to the records and new and unique at the same time. Sultana told Richard Kingsmill of Triple J Radio, "I want live to be a little glimpse of something that's going to happen once and the next night it will be different and the night after that it will be different again and that's what makes it special." (26 Aug 2018)

To the uninitiated it may have been hard to tell where one piece ended and the next began, but when it got quiet there was applause from the crowd and they clearly loved it. The feeling from the stage seemed mutual. Sultana mentioned, at one point, how thrilling it was to have such a diverse crowd: every age, gender, race, etc. It was a nice long show, about two and a quarter hours.

Watch this video of "Notion" (courtesy of shellsbells86) 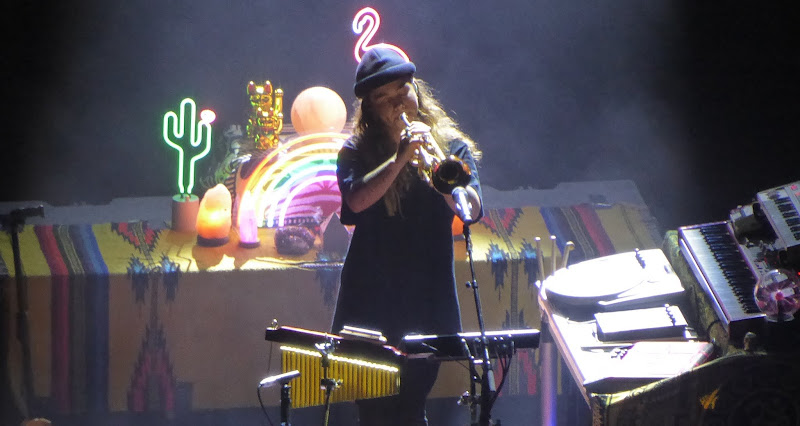 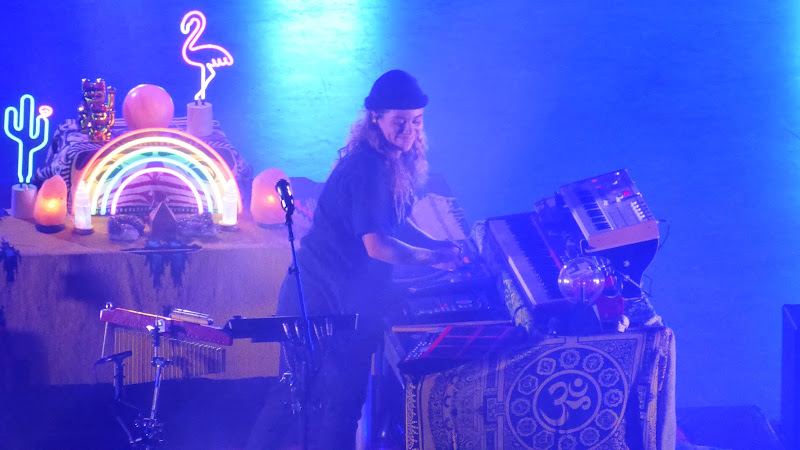 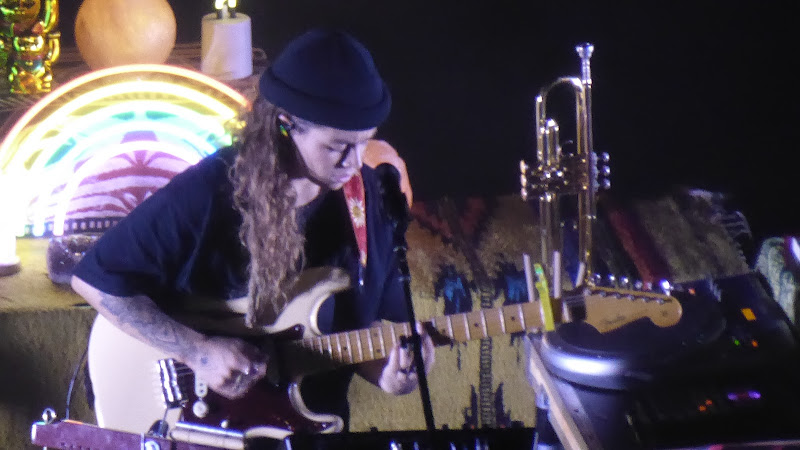 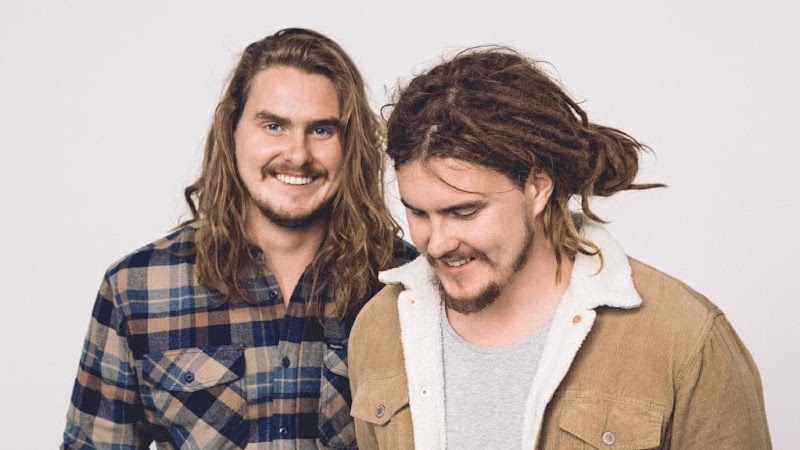 Photo courtesy of the Pierce Brothers

Along for the tour to open for Sultana was the Pierce Brothers. Like their tour mate, twin brothers Jack and Pat got their start busking on the streets of Melbourne. This was not their first time on a world tour with Sultana, and they had the somewhat rare opportunity to be the opener and have a full hour long set.

My first impression was that of an Australian version of Mumford and Son. This talented multi-intrumentalist brother act quickly won me over with their songwriting and performance skill, enormously positive attitude, and their seemingly boundless energy. Watch these videos from the show and you will see what I mean. Jack is the one playing drums, didgeridoo, and all manner of percussion. Pat specializes in guitar. They both play acoustic guitar and they both sing, although Jack is more of the lead singer and frontman. According to their bio, they are delighting audiences worldwide.

Watch the Pierce Brothers open the show with "It's My Fault". 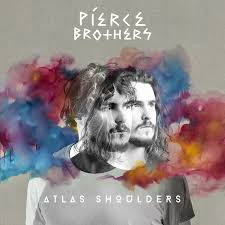 
This is the Pierce Brothers' latest album, released last year. As impressive as their live performance is, I'm liking their recordings even more. In the studio they are a little more relaxed and you can more fully appreciate their songwriting, arrangements, performances and production. There are nuances that get replaced on stage with their energetic performance style. Their live show gets you into the tent and the records close the deal. Highly recommended.