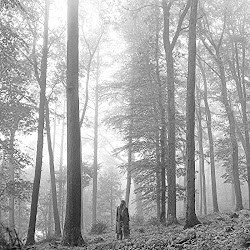 "I'm not necessarily a fan, but I'm liking this new album." Stop me if you've heard this before, especially since last Friday, July 24th when Taylor Swift somewhat surprised the music industry with the release of her new album, folklore.

Swift, the wordsmith, mostly stays within her comfort zone, which is the travails of love and friendship. Leave it to the Swifties to analyze song-by-song, but an early favorite for me is "Betty", a song that seems to hark back to Swift's early days with its concern for who did what and said what at the party. Not to diminish the importance of those events to the participants, but for the rest of us the appeal is akin to those kissing booth movies on Netflix. Maybe considering the unpleasantness of reality just now, this type of entertainment might be the perfect escape.

All that said, I do like everything about this record. I like the soft style of the songwriting. I like the uncluttered production that lets you really hear Swift's voice that sounds as attractive as it ever was, maybe more so. For the most part, memorable melodies are not that obvious in the early going. If this is the type of record that releases its charms gradually over the long haul rewarding repeat listening, then this might turn out to be a masterpiece. For now, I'll just say that folklore by Taylor Swift is an unexpected pleasure.


"Created in (relative) isolation, the credits include familiar names like Jack Antonoff and recording engineer Laura Sisk. But Swift also brings in new voices, with a focus on the indie world. Among her new collaborators are three members of The National: drummer Bryan Devendorf and multi-instrumentalists Bryce and Aaron Dessner, with the latter co-writing or producing 11 songs. Justin Vernon of Bon Iver also appears, co-writing and lending vocals to the ballad “exile.” The result is meditative, unlike anything Swift has done while highlighting her defining characteristics as a writer." (Sam Sodomsky, Pitchfork)


In isolation my imagination has run wild and this album is the result, a collection of songs and stories that flowed like a stream of consciousness. Picking up a pen was my way of escaping into fantasy, history, and memory. I’ve told these stories to the best of my ability with all the love, wonder, and whimsy they deserve. Now it’s up to you to pass them down. folklore is out now. - Taylor Swift, 24 July 2020