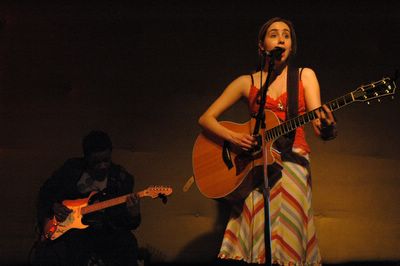 (2005) on her website, it is obvious that she is a major talent, but nothing quite prepared me for the incredible vocal ability and musical taste that she demonstrated at Milkboy Coffee Saturday night. Many comparisons come to mind; she can sing soulfully like Joss Stone but seems less calculated about it, she can sound jazzy like Patti Andress, her pop and blues bring Bonnie Raitt to mind but Lelia seems somehow even more versatile than all of those. Like Norah Jones, Lelia is able effortlessly blend the many musical influences into a style of her own. 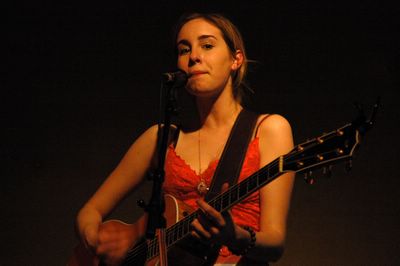 She seems to have a great handle on mixing these varying musical styles into her original compositions and as such, the artist that she most brings to mind is Valerie Carter who also combines soul, jazz, pop, and folk with a distinctly southern sensibility and whose second album Wild Child (1978) is a pop/soul gem that is one of the great overlooked albums of all time. 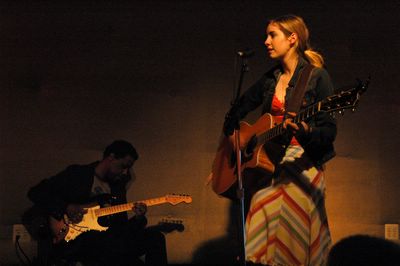 Lelia's Louisiana birthright (transplanted to Philadelphia) not only shows in the quality of her music but also with a bit of the accent and a lot of warm southern charm that gives her an easy rapport with the audience. This performance was every bit as jaw-droppingly excellent as Nellie McKay's debut at the Point a few years ago. I should mention here that Milkboy Coffee is a worthy successor to The Point, nicely filling the need for a coffeehouse music venue in the Main Line area of the Philadelphia suburbs. 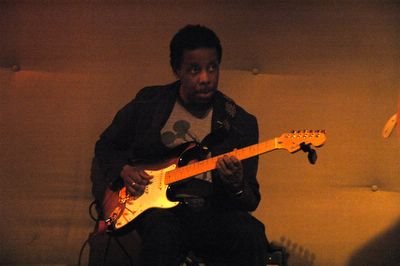 I initially had misgivings over missing several recent full-band shows in favor of this "acoustic" show, but the genius electric guitar accompaniment by Philly session vet Jef Lee Johnson made any other instrumentation unnecessary. Lelia's acoustic guitar work combined with Johnson's electric leads to create some of the best sounding music I've had the pleasure to hear. "That Boy" and "He Makes Me Smile" and "Rise" sounded especially good. Most of the set were originals drawn from Lil-Yah, with a couple of selections from the earlier cd. 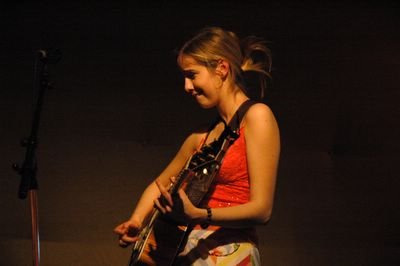 In addition to the amazing originals, she did one from Lil-Yah, "Business of Love" which was co-written by center city neighbor and long time Philadelphia tunesmith Phil Roy that sounds like it was written just for her. After the packed coffeehouse called her back for an encore, it didn't seem at all like fake modesty when she said that she had not prepared anything for an encore and then without missing a beat, ripped out an incredible version of Bill Withers' classic "Use Me". Some years ago I had the privilege of hearing Withers sing that song just a few miles down the street (at the old original Main Point) and I'm here to say that Lelia's version improves upon the original. This was totally a knockout performance. Remember to click on each photo to enlarge. All photos © W.Kates, 2006. 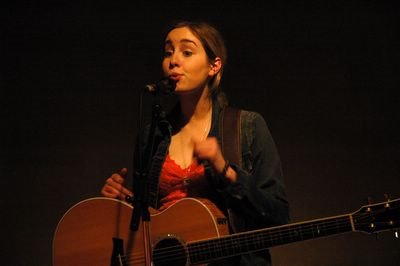