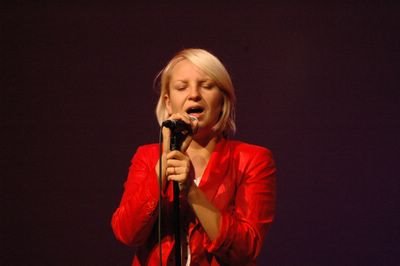 Zero 7 seems to collect talented vocalists like some musicians collect instruments. They were up to four alternating lead singers on When It Falls

(2004), and music lovers everyhere are in their debt for giving Tina Dico, Sia, Sophie Barker, and Mozez worldwide exposure for their remarkable vocal talents. It was obvious from her solo records as well as her two Zero 7 projects that Sia Furler is an amazing singer with great musical taste, but the depth and quality of the live set that she and her excellent band performed tonight at the World Cafe Live was surprising even still.

The band consisted of keyboard, bass, drums, guitar and cello, the cello adding a really nice flavor to the sound. The mix was wide open leaving plenty of room for Sia's awesome vocals, and yet every instrument could be heard perfectly in a venue that has the best ever sound and lighting. This performance was truly as good as it gets. 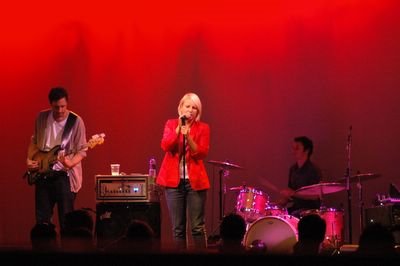 The songs were mostly from Sia's latest solo release, Colour the Small One

(2004) which was finally released here in the States in 2005 after "Breathe Me" was featured in the final episode of the HBO televsion series Six Feet Under. She played a number of Zero 7 songs including "Destiny", "Distractions", and "Somersault". She did "Blow it all Away" from her previous solo record Healing is Difficult

(2002), saying that although she doesn't like that album much, she does love this song. She offered up a new song, "Lentil" and an excellent cover of "I Go to Sleep", the Pretenders tune written by Ray Davies. 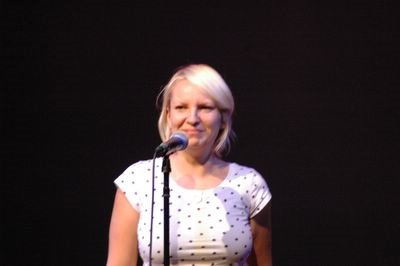 Between songs her self-deprecating sense of humour was very appealing, as was her genuine appreciation for the audience. At one point she asked if everyone was okay and whether she could do anything for anyone, and some guy asked for a beer and very shortly a stage hand gave her one which she handed to the fan; a nice touch. Ultimately, the depth and beauty of the music made this a truly memorable night. Here's the complete setlist: 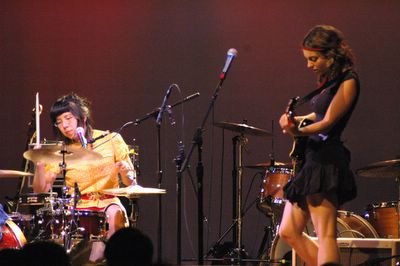 Eagle and Talon, a guitar and drum duo, opened the show with a set that was long on energy but almost totally devoid of melody. One can only hope that these kids will benefit from the enviable position of being able to hear Sia perform every show of this U.S. tour, and absorb some of the intense musicality that characterizes all of Sia's work. Remember to click on each photo to enlarge. All photos © W.Kates, 2006.

Anonymous said…
I saw the Philly show and it was excellent! Sia is so friendly, funny and talented! We were very fortunate to have her perform at World Cafe!!!!
4/17/2006

Anonymous said…
great piece....wonderful to read! Pictures are also just beautifully done! Wondering if you know who was playing strings?
4/19/2006

Anonymous said…
I was fortunate to see Sia's gig in Chicago, and everything your touched upon in Philly was in evidence in the Windy City as well, particularly her genuine affection for her fans. She's truly a class act, one that hopefully will not fade from the music radar for many years to come.
4/28/2006