July 01, 2006
Charlie Ricci, who writes the Bloggerhythms review site, originated the mid-year reality check several years ago, so in keeping with that tradition I offer my top five albums of 2006, at the half. 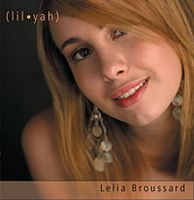 Decidedly Ready for Prime Time: A disc that still sounds great even after massive repetition, Lil-Yah is easily the best thing I've heard this year and it would take something really huge to knock this out of the top spot between now and year's end. As I write this, the record is being reconfigured for national release and while the changes might make it better, it's hard to imagine tinkering with perfection, and the original self-released version (still available at her website, but not for long) is just that. Read my complete review. 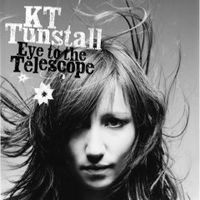 Scotland's Best New Export: Selling one million copies of her debut album in Britain in 2005 was no small feat for KT Tunstall but it was the happenstance cancellation of another artist from the BBC television program Later with Jools Holland that gave KT a last minute shot to sing "Black Horse and the Cherry Tree" which started the ball rolling that turned into a juggernaut by year's end. Last fall her story as told in The Scotsman was reproduced here as a result of her second position booking with Texas at Edinburgh's Hogmanay New Year's Eve festival in her native Scotland. Eye to the Telescope was finally released in the states in early 2006 to good notices and a warm embrace from radio stations like WXPN. History would seem to be repeating as "Black Horse and the Cherry Tree" gave a boost to sales in the U.S. after it was sung by Kat McPhee on American Idol. "Black Horse" is a great song to be sure, but the rest of Eye to the Telescope is even better, especially "Under the Weather", "Other Side of the World", and "Another Place to Fall". KT is great live too. 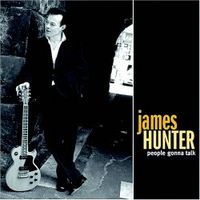 Back to the Fifties, Circa 2006: Volumes could be written about the business story of a couple from the states who were introduced to James Hunter and upon learning that he had not been snapped up by a major label, formed Go Records and financed the recording sessions that allowed James Hunter to make the record that he had always wanted to make. The quality of the result is abundantly evident on this great CD. Hunter sings with a voice that sounds uncannily like Sam Cooke on some songs, James Brown on others. Considering his triple threat talents as a singer, songwriter and guitarist, the categorization of Hunter as a Cooke sound-alike drastically sells him short. His band's instrumentation with two saxes, guitar, bass and drums gives this music a unique quality of sounding both new and old at the same time. Hunter's sound suggests a hot British dancehall from the fifties but the songwriting and production on the record is totally state of the current day art. As good as the record is, it's even better played live; Hunter's an exceptional guitarist and a natural showman who connects easily with the audience. 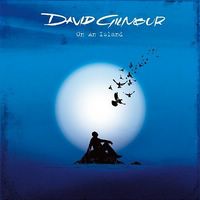 You May Never Want to Leave this Island: David Gilmour's guitar is such a delight for the ears that this being his first solo record in eighteen years seems almost a tease. Virtually nowhere outside of Gilmour and Pink Floyd records can you hear such intense guitar work used in the service of music so lush, melodic and mellow that it is virtual balm for the modern psyche. The scarcity of solo work might be forgiven later this year when a planned DVD of his recent Albert Hall concert is released. With backing vocals by Crosy & Nash, the title track is a great calling card for the album but it's just one of many great tracks. With very few missteps and lots of superb guitar work, On an Island is the work of a master at the top of his form. 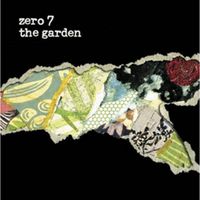 Sia Sings, 'Nuff Said: Already taking some backlash for not totally sounding like their previous releases, Zero 7 have reshuffled the vocalist deck, taken a few new musical directions, and have come up with an eminently listenable record. While it may be different in certain respects, it is easily as good as their last album, When It Falls (2004). Vocalists Tina Dico, Sophie Barker, and Mozez may be absent this time around but Sia is totally holding down the female side of the vocal duties, her songs would make this record worth buying all by themselves. Jose Gonzalez takes the mike on four tunes, and even Henry Binn, half of the core duo that comprises Zero 7 handles some vocals on In the Garden. Some say that this one leans a little more toward pop than chill, but it sounds great no matter what you call it and is a worthy successor to the albums that have come before.