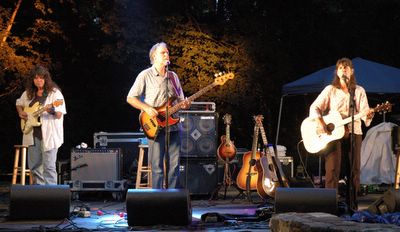 Karla Bonoff made a somewhat rare local appearance tonight at the Norcross-McLaughlin Memorial Dell at Haddon Lake Park in Haddon Heights, NJ. Although it was a typical Philadelphia summer night (hot and muggy), a good sized crowd turned out to hear Karla perform with her long time producer and bassist Kenny Edwards, with accompaniment by Nina Gerber on electric lead guitar. 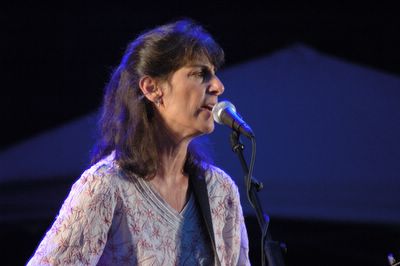 Even though Karla had difficulty getting the proper monitor mix for virtually the entire show, the audience had no such problem as this amphitheater had maybe the best sound and lighting you might hope to find at such a venue in a park. With easy parking, great music, friendly artists, and no rain, it was a totally enjoyable experience. 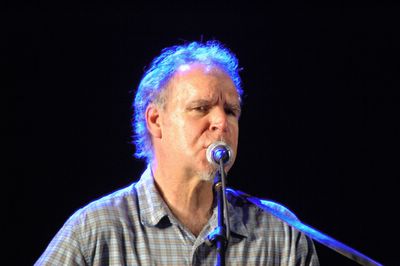 Kenny Edwards opened the show with a solo set, having finally released his own album in 2002 after nearly forty years working as a sideman and producer. His solo material was excellent, with a singing voice that somewhat resembles James Taylor. He performed most of his songs on acoustic guitar, picking up a ukelele for his last tune. 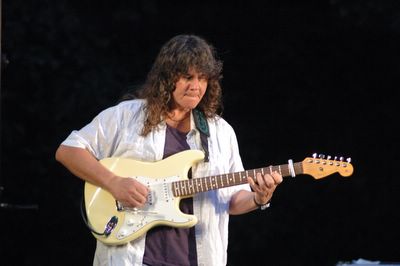 With Nina Gerber's superb electric lead guitar work combining with Edwards' guitar and bass and with Karla playing both guitar and piano, the live performances of everything matched or exceeded the familiar recorded versions. Gerber has a twenty year career as a session musician, starting with Kate Wolf who inspired her to become a professional musician; her session credits include Nanci Griffith, Greg Brown, Lucy Kaplansky, Jerry Jeff Walker, John Gorka, Cheryl Wheeler, Terry Garthwaite, Tom Paxton, and many others. Her guitar leads were exquisite, making great songs sound even better. 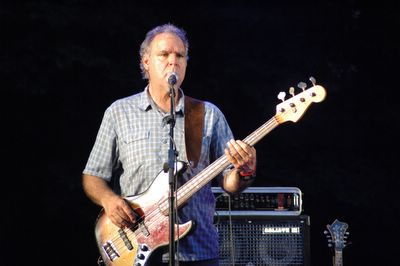 Although Karla's first group Bryndle (with Edwards, Wendy Waldman and Andrew Gold) never got off the ground in its first incarnation in the late sixties, Edwards and Gold went on to form the Stone Poneys, Linda Ronstadt's backing band and in the process brought Karla's songwriting to Ronstadt's attention. It was Ronstadt's inclusion of three Bonoff compositions on Hasten Down the Wind (1976) that really brought Karla to national attention and led to a three album career on Columbia records. With all of the members having achieved notoriety in their own right, Bryndle has reformed twice and recorded new albums in 1995 and again in 2002. 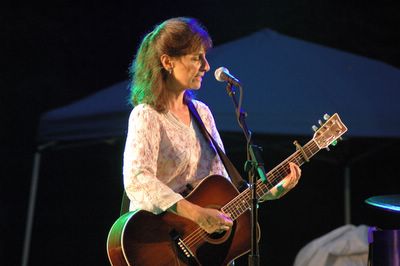 Karla's songwriting pace may be slow, on her website bio she describes writing about four songs per year, but what she lacks in quantity she surely makes up in quality with a collection of likely the best written songs ever in the pop/rock/singer-songwriter field. Her music has a magical sense of melody that combines with a lyrical directness that gets right to the heart of whatever she chooses to sing about. There are very few other songwriters who work at this level. 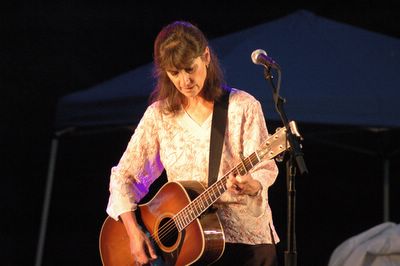 While Karla may look a little older now than she did on her Columbia albums, her voice hasn't changed a bit, and her vocals truly sound as great now as they ever did, if not more so. "How Long" started with set nicely, followed by "Home" which featured a nice uke solo by Edwards. I won't mention every song that had a great Gerber electric lead, because they mostly all did. Karla introduced "Trouble Again" explaining that it was about "a bunch of jerks." 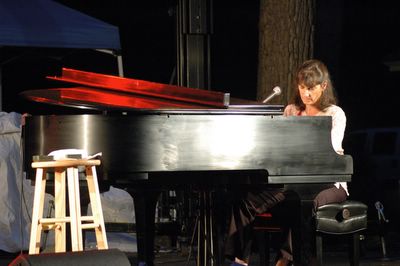 "Like a Compass" came from the latest Bryndle CD, House of Silence, followed by "Isn't it Always Love" and "New World", the title track from her fourth and most recent solo album (1988), arguably the best of her four excellent solo works. After "Rose in the Garden", she introed "Please Be the One" with an amusing story about having lip-synched the song on the Solid Gold TV program and on Merv Griffin's old TV talk show. "Night Full of Rain" was another song from the latest Bryndle effort. 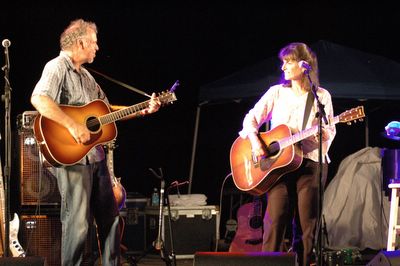 "I Can't Hold On" sounded great, another classic Bonoff tune (they all are really). "All My Life" sounded great in Karla's voice, the Grammy-winning hit version was sung by Linda Ronstadt and Aaron Neville (1989). She then did "Goodbye My Friend" and closed the set with a version of "Someone to Lay Down Beside Me" that never sounded better. The standing ovation from the crowd brought her back for an encore that consisted of "The Water is Wide", an old folk song that she does a particularly nice interpretation of, then she ended the night with "Tell Me Why", another great tune from New World. As Edwards did after his opening set, Karla stayed to sign CDs and album covers, and to speak with any of the audience that wished to do so. I was glad for the opportunity not only to thank her for continuing to perform her great songs, but also to mention that no one does her songs better than she does. Remember to click on each photo to enlarge. All photos © W.Kates, 2006. 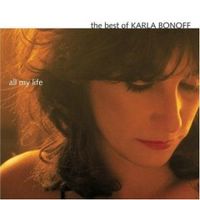 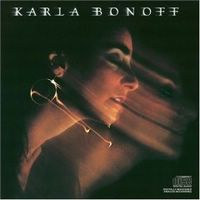 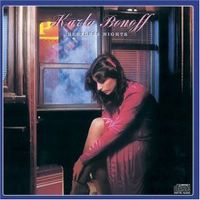 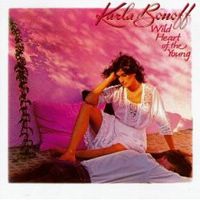 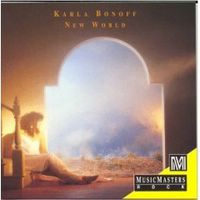 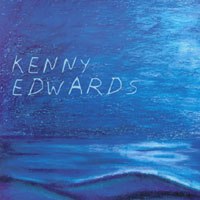