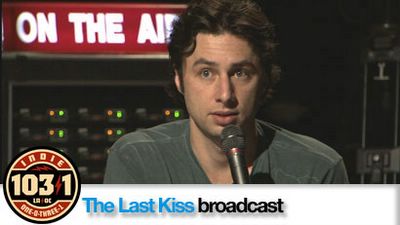 to the tune of over a million copies, making it one of the top selling soundtracks ever. Although Braff didn't write or direct his new movie, The Last Kiss which opened today, he was tapped to select the music for it which makes the soundtrack something of an event unto itself. In one of the most ingenious movie promotion events ever, Braff was given the airwaves of radio station KDLD in Santa Monica for the entire afternoon of September 3rd and he invited five of his favorite artists to come and play live.

The five artists naturally are all featured on The Last Kiss Sountrack (2006):

The live performances were also filmed in high definition video (deluxe edition bonus dvd perhaps?) and began streaming today on the Rehearsals.com website. I've been knocked out by Imogen Heap every time I've seen her previously, and she positively kills in her three song solo performance here.

She begins with an acapella performance of "Just For Now" in which she builds her trademark layered sound using nothing but vocals and hand claps and her sequencer, much in the same way you might have seen KT Tunstall do "Black Horse and the Cherry Tree". Watching her create this song live in real time is quite amazing. Her second song is a solo piano version of the Frou Frou tune "Let Go" that is so amazingly gorgeous that it reduced me to babbling. Her third song is "Hide and Seek" and while it may not have been much of a stretch for Braff to pick this one for the new movie, the tune really is unstoppable and will likely reel in many more listeners who may not have heard it or Imogen before. I'm starting to notice that the way Imogen performs a song seems to mutate over time - the melodic shadings and the rhythms seem to grow and change, sometimes the arrangement can be totally different; it's another quite amazing dimension of her artistry.

The picture and sound quality on this webcast is as good as I've yet seen. I'm not sure how long the webcast will be available for on demand viewing, so don't wait - go watch this now. While Imogen's performance is transcendent, the other four artists' live sets are good too, all worth a look. Schuyler Fisk has a great sounding voice and is also the daughter of actress Sissy Spacek who guests on backing vocals. Cary Brothers is a talented singer-songwriter with a great sounding band. Rachael Yamagata's strong personality sometimes overshadows her music but in this set she seems quite pleased to be a part of the whole soundtrack thing. The recently reunited Remy Zero had broken up in 2003, and no one seemed to be happier to see them back together than Braff.

As promotion for both the movie and the soundtrack CD, The Last Kiss Broadcast totally knocks it out of the park and I think I'm ready to go plunk down my ten bucks at the multiplex. 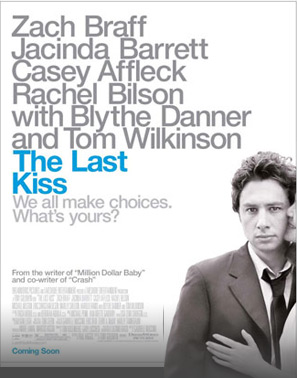 koeeoaddi said…
Acquired tastes are the best kind, aren't they? I adore this woman! Thanks for the link.