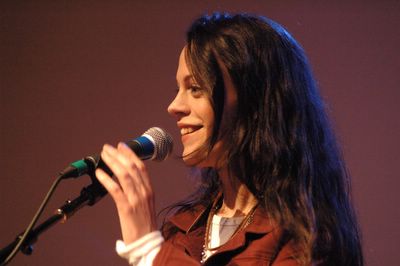 Mindy Smith gave the listeners of WXPN and NPR.org a nice preview of her new album due next month during her Free at Noon concert broadcast live today from the downstairs stage at World Cafe Live in Philadelphia. Long Island Shores

won't be released until October 10th but the set included a healthy sampling of songs from it, all seeming on first listen to feature the same exquisite melodic songwriting that made One Moment More (2004)

such a remarkable debut album. 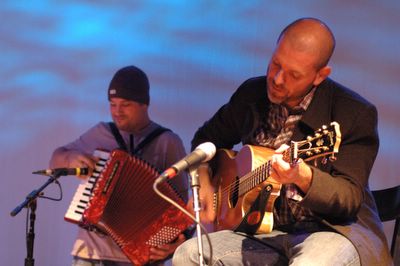 Her band consisted of Lex Price who also co-produced the new album, on guitar and mandolin, and James DiGirolamo who added some really tasteful keyboards and accordion to the mix. The arrangements were delicate and beautiful and meshed perfectly with Mindy's voice and showcased the amazingly great sonic capability of the sound system at the World Cafe Live downstairs venue. 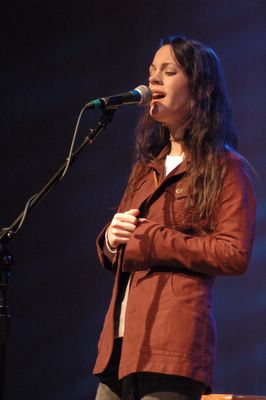 The WXPN Free at Noon concerts are now being archived for on demand listening at NPR.org, so you can have a listen anytime. Here is the setlist:
Come to Jesus
Tennessee
Please Stay
Out of Control
Out Loud
Jolene (Dolly Parton)
Long Island Shores
Peace Of Mind 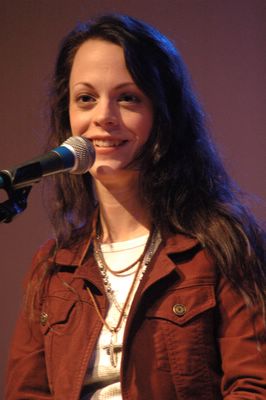 After the broadcast, Mindy and Lex came back onstage to perform an encore for the live audience, consisting of "One Moment More" and "Raggedy Ann" both superb songs from her first album, both requests from the audience. Remember to click on each photo to enlarge. All photos © W.Kates, 2006. 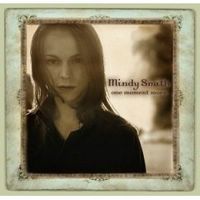 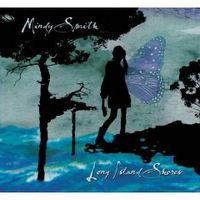