Polly and the Billets Doux - Hold Fast EP Due May 8th 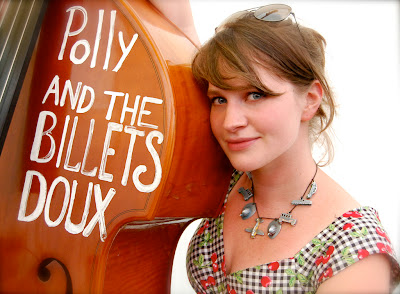 We knew that they were good when we first wrote about Polly and the Billets Doux back in 2009, but listen once to the title track of their forthcoming Hold Fast EP, and you can't help but love this band. 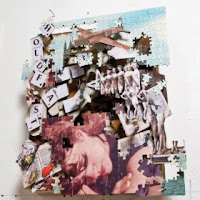 That song has an unstoppable guitar riff as its backbone, lead vocals that fit right in the pocket, and when the bass and drums kick in, they are so tight it seems as if they might share the same central nervous system. And with Polly's appealing voice, what more could you want? Polly and the Billets Doux have spent the last two and a half years since the release of their debut album relentlessly touring every corner of England and it shows.

Here is a band that has not only built an adoring following with their energetic live shows, but the road work has honed their skills to such a fine edge that they make it look/sound easy. And that goes for their songwriting as well as their instrumental and performance abilities. The new EP shows off their range quite nicely, with two songs ("Hold Fast" above, and "Factory Whistle" which follows) that sound like they must be barnburners live, and two songs that are a little slower and more acoustic but no less compelling.

All their songs are written by the band, consisting of:

We love their choice of words to describe their music as "genre-defiant" and "Their distinctive sound combines elements of jazz, blues, country, folk, soul and gospel to create a sumptuous and totally unique sound with a quintessentially English twist." In the following track, listen to the rather unique jazzy rhythm, and the amazing guitar work, which, like they said, is a little bit country and a little bit swing, with a decidedly British accent.


This band are all seasoned musicians, but Steeny will wow you on every track with his guitar. The Hold Fast EP is released May 8th; a page for it is already up at U.S. Amazon. Unlike a lot of English bands whose records are not yet released in the States, everything released by Polly and the Billets Doux is available on MP3 at either Amazon or iTunes in the U.S. Following is a discography in reverse chronological order. And for anyone wondering about the name, Billets Doux is French for love letters. 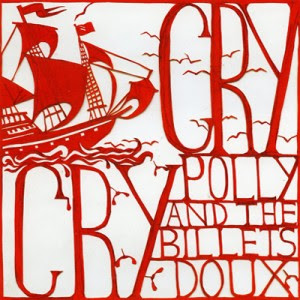 "Cry Cry" is the band's second single, released in 2011. The two tracks are not from their album or either EP. 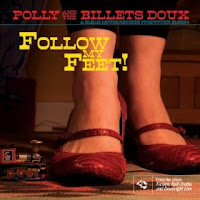 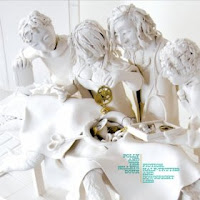 Fiction, Half-Truths And Downright Lies is their first full length album, released in 2009; they plan to make their second later this year. 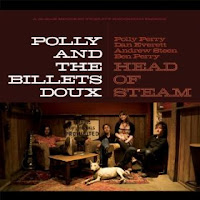 Head Of Steam is their debut EP, released in 2008. There are early versions of two songs that wound up on their album. For a bonus video, we have Polly and the Billets Doux performing a song on one of our favorite Youtube series, The Station Sessions, which records artists from all over the world, doing a song in a train station.