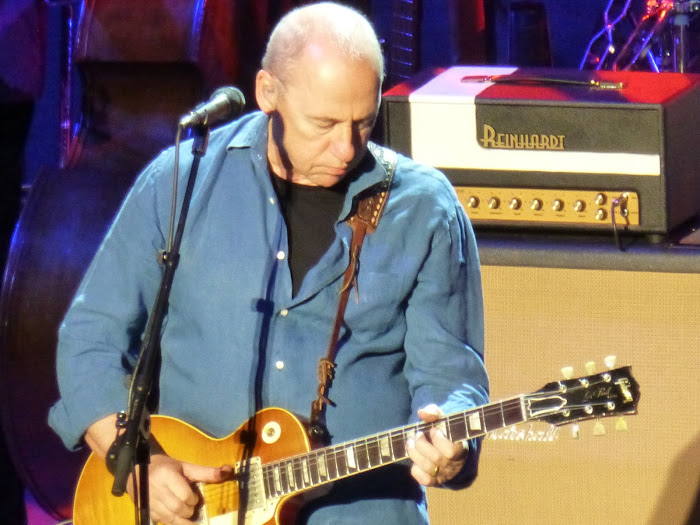 Mark Knopfler brought his North American tour to Philadelphia on Saturday, October 17th to play a concert at the Academy of Music. By all reports, the show sold out in about fifteen minutes.

Billed as "An Evening With Mark Knopfler" (there was no opening act), the two plus hour show was packed with mostly songs from Knopfler's lengthy solo career with some tasty nuggets from Dire Straits mixed in. After saying that he was glad to be here and that he had already had some Philadelphia cheesesteaks, he didn't say much to the audience preferring, I guess, to let his guitar do the talking. 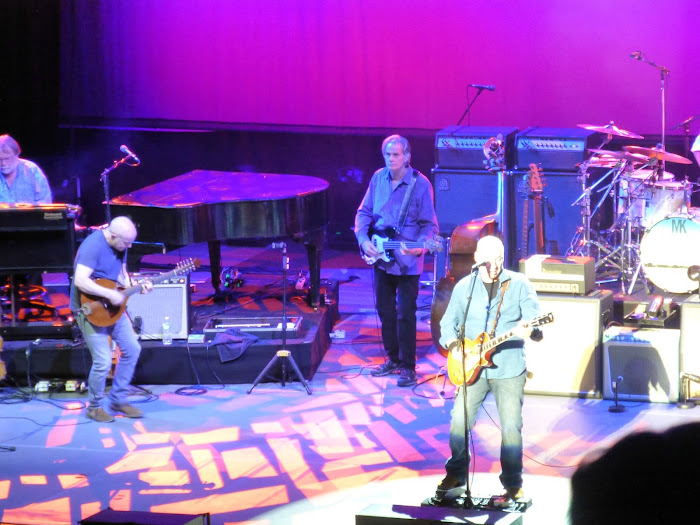 Even though I never got a good handle on his last release, the double album Privateering, I quite enjoyed hearing him do the title track. The show's highlight for me was an amazing "Your Latest Trick" (watch video above) from the Dire Straits' classic Brothers In Arms album. Then, he did an exceptionally sweet nine minute version of "Romeo and Juliet".

This show was really loud which would ordinarily be fine, however, the combination of sound level and the sonic depth of the bass and drums caused the balcony in the one hundred plus year old Academy of Music to physically shake. You can plainly see the vibration in the videos which were shot with the camera mounted to a c-clamp tripod device attached to the arm of the seat. During "Sultans of Swing", the lead vocal and most of the lead guitar were buried in the mix by the bass. If you watch the video, you will hear more of the vocal and the lead guitar than could be heard in the venue as he played it. Apparently, the subwoofer frequencies that shook the building were below the range of the camera's internal microphone. This little camera never ceases to amaze me. It is a Panasonic Lumix DMC-ZS20. It has a 20x optical zoom lens and, although it's not a video camera per se, it shoots beautiful high definition video. All that and it fits in your shirt pocket. Considering that Knopfler is booked to play mostly orchestra halls this tour, I'm surprised that they don't fine tune the sound system to provide perfect sound commensurate with the nature of the venue. 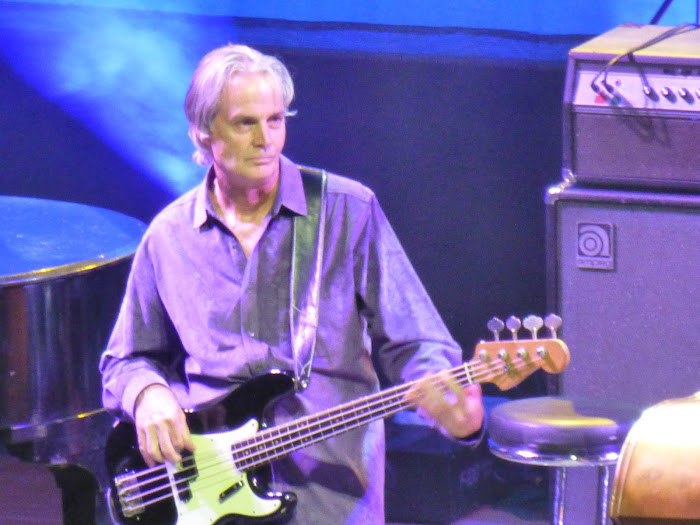 If Knopfler did nothing else in his career but the song "Brothers in Arms", he would still be my number one guitarist of all time. As it is, he's also way up there among favorite singer-songwriters. His career has been remarkable; after disbanding Dire Straits, he has been able to have it entirely his way with an enormous amount of worldwide success. As Knopfler introduced his band, he stated how long each musician has been with him. It quickly became clear that the distinction between Dire Straits and his solo career is completely subjective. This band could just as easily be the current version of Dire Straits playing the music he chooses.

This time around there were a number of nice surprises. For the record, of the seventeen song set, three were from Tracker, two from Privateering, two from The Ragpicker's Dream, and one track each from Sailing To Philadelphia and Shangri-La. Completely unexpected, Knopfler included two songs from his movie soundtracks; "Father and Son" from Cal and "She's Gone" from Metroland. He played five songs from the Dire Straits' catalogue, starting with "Your Latest Trick", "Romeo and Juliet", and "Sultan's of Swing". Another highlight of the set was "On Every Street"; Knopfler said that they added it because of sax player Nigel Hitchcock and noted that he had not performed it in the last 23 years. He encored with "So Far Away". The final encore song was another surprise, "Piper to the End" from Get Lucky, which included the traditional Scottish instruments, a perfect set-ender. 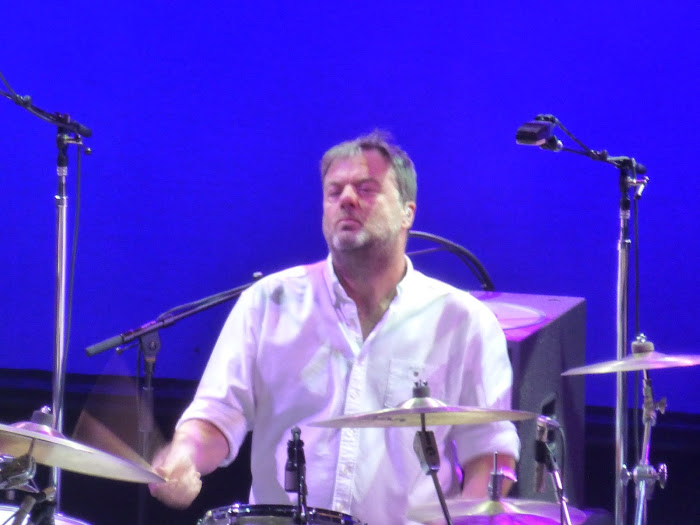 Many thanks for the photo and video assistance:
Camera - Beverly Kates
Video production - Amy Hockstein and Lindsey Mitchell 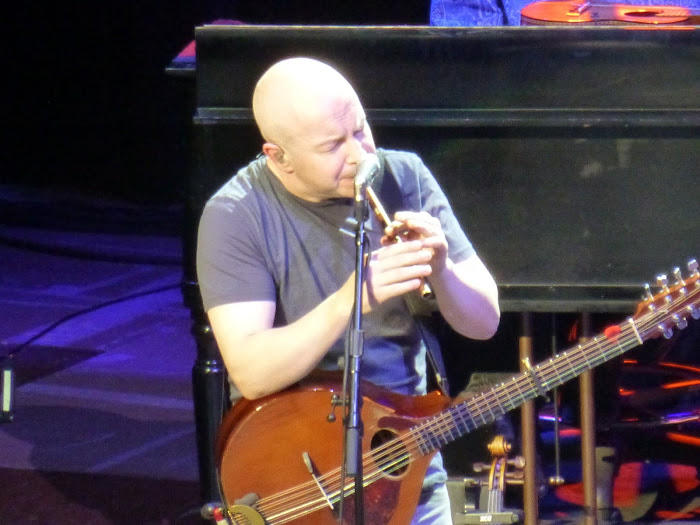 See more videos from this show: Click video links on setlist below (setlist courtesy of setlist.fm). 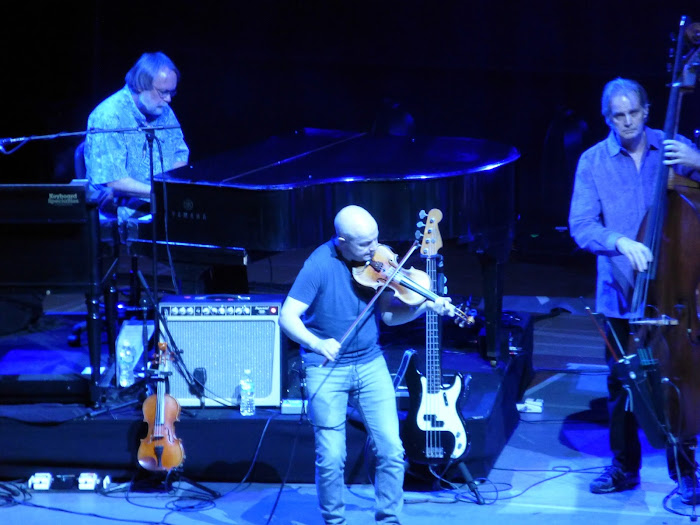 Charlie Ricci said…
What a great night this must have been. WIsh I could have been there.
10/25/2015

Susan Herczeg said…
Jealous! He's my favorite guitarist. Sounds like it was a fabulous concert. His show sold out so fast, perhaps he could consider a bigger venue next time.
11/03/2015