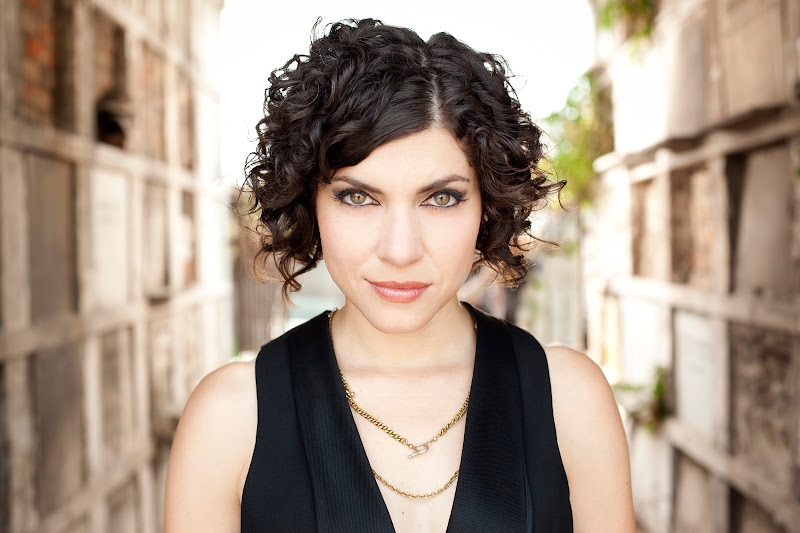 Carrie Rodriguez released her fifth solo album, Lola, on February 19th. I took an immediate liking to it as I listened for the first time. The vocals were immediately appealing, the violin too, and the guitar work struck me as falling somewhere between jazz and country; clearly this was something special. This genre-bending music is decidedly Tex-Mex influenced country with elements of folk, jazz, and pop.

A couple of other thoughts occurred to me during that first listen. This seemed to be an album that Vin Scelsa would have played on his Idiot's Delight program (SiriusXM or WFUV) had he not retired about a year ago. I wasn't recalling any special connection with Vin, this just sounded like a record that he would have pulled from the new release pile and played two or three tracks; I do miss that show. The other thought that occurred to me was that this would be at the top of my list to see if I were going to Austin for SXSW this year.

Carrie Rodriguez is a Mexican-American singer-songwriter and violinist based in Austin, Texas. Some songs are in Spanish, some are in English, and even though I don't speak Spanish that didn't interfere with my enjoyment. If you've ever listened to music with lyrics in a foreign language, you may have found that this allows you to get even further into the song. In this case, Spanish has become such a part of our culture that some of the words are already familiar; not knowing what the song is about is not a deterrent.

"Inspired by the 1940’s-era recordings of Carrie’s great aunt, Chicana singing sensation Eva Garza, the album is a mixture of new and old songs" explained Rodriguez's website. "It features Spanish songs written by some of Carrie’s favorite Mexican composers, as well as her own Ranchera-inspired original songs written in English, Spanish and 'Spanglish.'"

Watch Carrie talk about the album and its influences and inspirations. 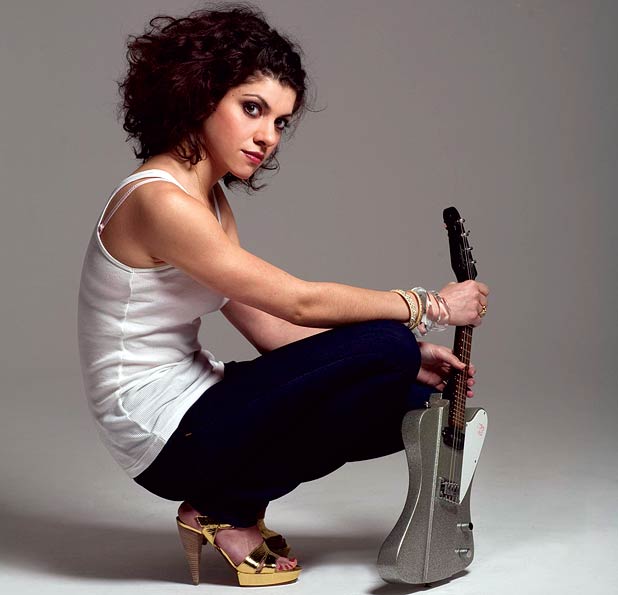 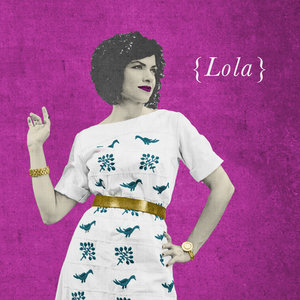 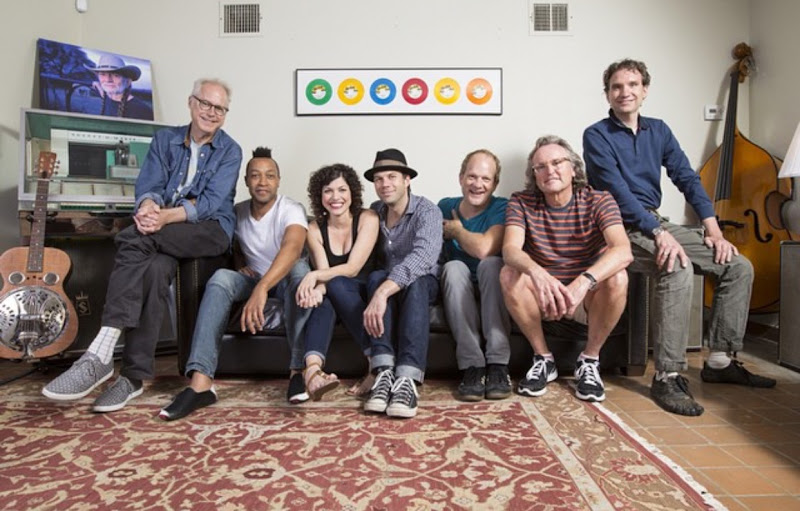 This record has many pleasures, starting with the songs. I knew Track 1,"Perfidia", as soon as I heard it. It's a standard, composed by Alberto Domínguez, it was first recorded by Xavier Cugat in 1940. It has been covered many times over the years by artists ranging from Nat King Cole to Linda Ronstadt (who sang it both in Spanish and in English). I'm liking this version the best; this has a beautiful arrangement and I love the sound of the guitars.

Rodriguez co-wrote a number of songs including "I Dreamed I Was Lola Beltrán" which she wrote with Susan Gibson. In the video above, she talks about Lola being her Spanish singing alter-ego.

"Que Manera de Perder" is a gorgeous bilingual duet with Rodriguez singing in Spanish and her husband, guitarist Luke Jacobs, singing in English; the song was co-written by Jacobs with Cuco Sánchez.

Rodriguez wrote "The West Side", as she describes in the above video, inspired by her childhood experiences at school. This highly personal remembrance sounds as delightful as it is thought provoking.

Lola ends with two versions of "Si No Te Vas", written by Cuco Sánchez. First, an instrumental version with some beautiful guitar work and violin. Next, the vocal version in which Rodriguez sounds a lot like Linda Rondstadt in her prime. I was reminded of Rondstadt's Spanish version of "Blue Bayou".

Producer Lee Townsend had lots to work with in the creation of this album. In addition to the inspired set of songs, we have Rodriquez' violin and her vocals; I love both her tone and the way that she delivers a song, whether it be in Spanish or in English. Recorded in Austin, the album has extraordinary sound quality and some first rate musicians. I've mentioned that the guitar work drew me in on first listen. This group of musicians, dubbed The Sacred Hearts for this project, featured guitar work by Luke Jacobs on pedal steel, David Pulkingham on nylon and electric guitars and Bill Frisell on electric. I've been hearing Frisell more and more in recent years; he's rapidly becoming one of my favorite guitar players. In addition I have been a fan of bassist Viktor Krauss for a long time; he's done some exceptional work both as a solo artist and as a producer. Brannen Temple rounded out the rhythm section playing drums and percussion.

Lola is a beautiful, bilingual, piece of work that succeeds on every level. This is music that lifts my mood whenever I play it; I am loving it. Rodriguez self-released Lola and financed the recording with DIY crowdfunding. She recently gave an in-depth interview to Texas Monthly in which she talked about working with her husband, Luke Jacobs, on this project.


Luke was very instrumental in helping me get the seeds of these songs a bit more fleshed out, getting the grooves, especially for the ranchera tunes. It’s so wonderful to be able to sit in your living room with a glass of wine in the evening and work on material for an album versus going to some rehearsal room. It’s the sweetest thing in the world. And then all that pedal steel he played on the album, it’s one of my favorite things. I love how it bridges country music and ranchera. It’s so much fun to hear pedal steel on “Perfidia,” for example, a classic Mexican song. [Texas Monthly, February 2016, interview by Jeff Salamon]

Every time I listen to this album, I am blown away by: the sound of the record(superb production), the guitars(this is arguably as much a guitar record as it is an excellent concept album), and the vocals, violin, and songwriting of Carrie Rodriquez. Lola dropped quite unexpectedly into my life, and I'm so glad. 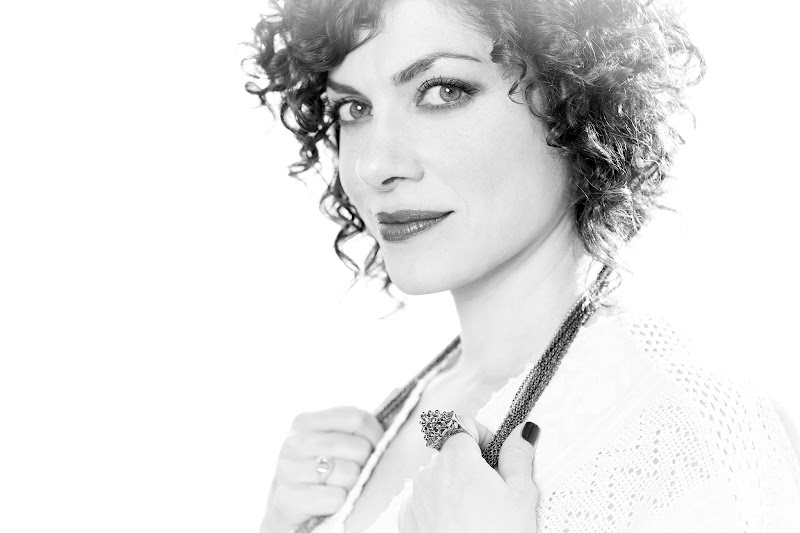 3/19/2016 Update: At the top of this article, I wrote that one of my first reactions to hearing this record was that it would be first on my list to see at this year's SXSW. Although I couldn't go to Austin this year, I just had the pleasure of listening to one of Carrie's SXSW sets. She played at The Backstage @ El Mercado, which was broadcast locally and streamed to the web by Sun Radio live. It was a good sounding acoustic set with Rodriguez on vocals, guitar, and violin and husband Luke Jacobs on guitar. Her violin sounded especially good, including a lengthy solo on the last song. All four songs were drawn from Lola. 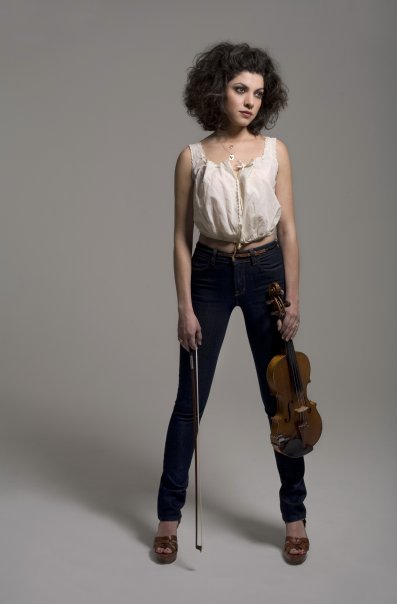