Lydia Loveless - Real, It Will Restore Your Faith In The Power of Rock 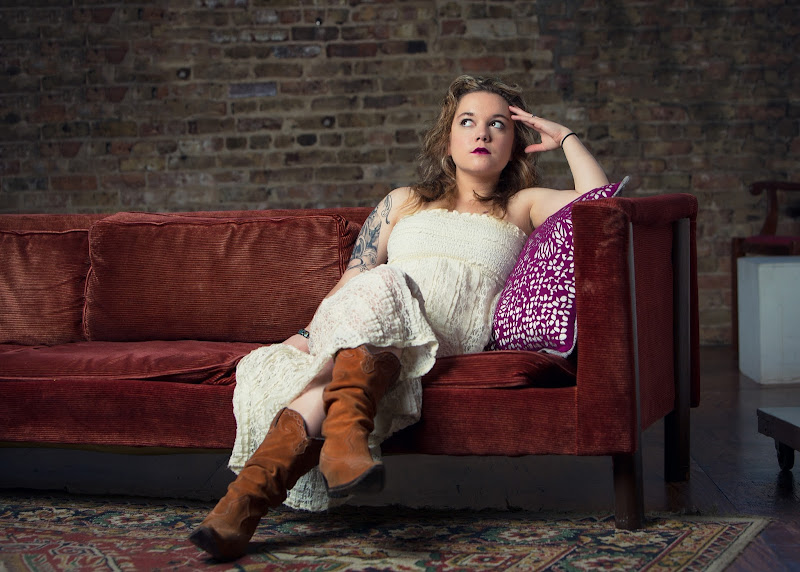 One of the best things about writing a music blog is that when you hear a really great piece of music you can tell people about it, play some tracks, and show some video. This was precisely the thought I had when I first listened to Lydia Loveless' new album Real.

It was a Friday, I was reading the list of new releases, as I like to do, sampling the ones that seem interesting. The Lydia Loveless was one of the records I marked for a complete listen that weekend. It turned out to be, in my opinion, the best new release of the week.

It only took a minute or two to realize that I was hearing something special. The drums jumped out at me first. This is the guy you want drumming for your band, really solid, powerful drumming that locks in with the bass to propel the song. Then I noticed the guitars; they sounded so good together, the chunky rhythm guitar and the fiery lead guitar. Finally the vocals, so direct, so clear, so "real" if you will. And that was just the first track, "Same To You". 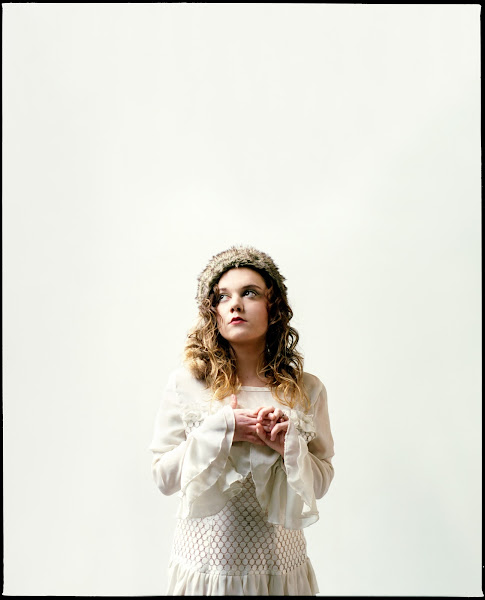 "Longer" came next, and I'm liking it even more. This track settles into a really nice groove, so well written it sounds like a hit. Add to that some more exquisite guitars and Lydia's irresistible vocal.

I'm finding the twin guitars in this band work so well with the vocals that the overall effect is quite delightful. Also, a couple of tracks neatly incorporate an acoustic guitar into the mix. I love the way "Heaven" begins with the bass line, then the guitar strums sound like an old soul record.

Since its release, many good things have been said and written about this album. It's pretty clear that Loveless was looking to shed her cow punk genre pigeonhole, preferring to go, as her label (Bloodshot Records) puts it, 'genre-agnostic'. "Lydia and her road-tightened band pull and tease and stretch from soaring, singalong pop gems, roots around the edges to proto-punk. There are many sources, but the album creates a sonic center of gravity all its own."

I've finished listening to the album, most impressed. I resolved to listen some more to make sure it was as good as it first seemed. It was, and it is. Real is one of those albums that is so enjoyable that you are not ready for it to end. Loveless is new to me and not knowing about that country punk label, I placed this record squarely in the category of rock; in fact, the best rock album I've heard in a long time. So just who is Lydia Loveless? The following is from Bloodshot Records. Please note that Real is her fourth album, and that she just had a birthday and is now all of 26.


Blessed with a commanding, blast-it-to-the-back-of-the-room voice, the 25-year-old Lydia Loveless was raised on a family farm in Coshocton, Ohio—a small weird town with nothing to do but make music. With a dad who owned a country music bar, Loveless often woke up with a house full of touring musicians scattered on couches and floors. She has turned this potential nightmare scenario (eww....touring musicians smell...) into a wellspring of creativity.

When she got older, in the time-honored traditions of teenage rebellion, she turned her back on these roots, moved to the city (Columbus, OH) and immersed herself in the punk scene, soaking up the musical and attitudinal influences of everyone from Charles Bukowski to Richard Hell to Hank III.

Loveless's Bloodshot debut album Indestructible Machine combined heady doses of punk rock energy and candor with the country classicism she was raised on and just can’t shake; it was a gutsy and unvarnished mash-up. It channeled ground zero-era Old 97s (with whom she later toured) but the underlying bruised vulnerability came across like Neko Case’s tuff little sister. Indestructible Machine possesses a snotty irreverence and lyrical brashness that’s an irresistible kick in the pants.

On her second Bloodshot album Somewhere Else, released after a few 7" singles and an EP, Loveless was less concerned with chasing approval – she scrapped an entire album’s worth of material before writing the set – and more focused on fighting personal battles of longing and heartbreak, and the aesthetic that comes along with them. While her previous album was described as “hillbilly punk with a honky-tonk heart” (Uncut), this one couldn’t be so quickly shoehorned into neat categorical cubbyholes. No, things were different this time around—Loveless and her band collectively dismissed the genre blinders and sonic boundaries that came from playing it from a safe, familiar place. Creatively speaking, if Indestructible Machine was an all-night bender, Somewhere Else was the forlorn twilight of the next day, when that creeping nostalgia has you looking back for someone, something, or just... anything.

2016's Real is one of those exciting records where you sense an artist truly hitting their stride, that their vision is both focused and expansive, and that their talent brims with a confident sense of place, execution and exploration. Whether you've followed Lydia's career forever, like us, or if you are new to her ample game, Real is gonna grab your ears.

Very well said. The only thing I'd add is that my first reaction was to place Lydia Loveless somewhere between Lucinda Williams and Sheryl Crow. Thinking about that as I listened, perhaps I would modify it to a cross between Juliana Hatfield and Aimee Mann. That's the thing about reference points, they just aim you in the right direction. During "Out On Love" I was even picking up a little Patti Smith. Ultimately, Loveless is not like any of her forebears and Real is refreshingly unique; it will restore your faith in the power of rock 'n roll. 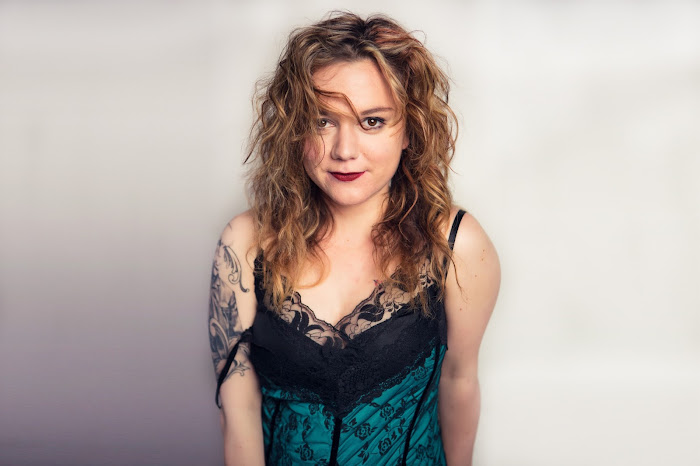 "Always a gifted writer with a lot to say, Lydia gives the full and sometimes terrifying, sometimes ecstatic force of the word. Struggles between balance and outburst, infectious choruses fronting emotional torment are sung with a sneer, a spit, or a tenderness and openness that is both intensely personal and universally relatable. It is, as the title suggests, real."

“Real was recorded at Sonic Lounge Studios in her hometown of Columbus, OH and was engineered and produced by Joe Viers (Dr. John, Twenty One Pilots). 'I chose to work with Joe Viers, engineer and producer of my last three releases, again because I trust him completely not only with my music but with my words,' said Loveless. 'There was a lot to say this time around and I wanted to return to that sort of playground and (sometimes literally) throw things at the wall. Whereas our previous records could be described as blunt or raw, this one I wanted to be known as honest, as true, as real (rimshot)...'”

Watch the official video of "Longer" 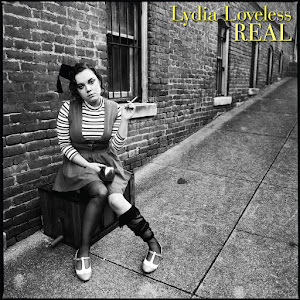 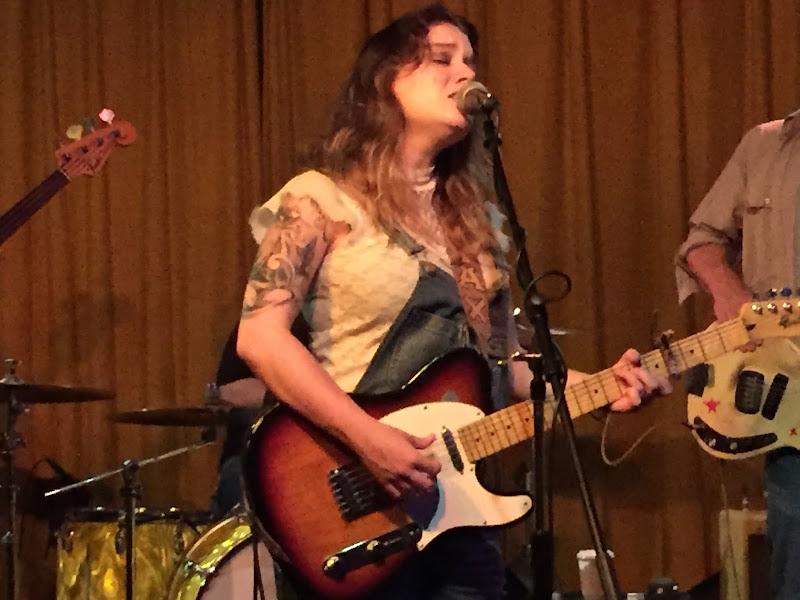 
Watch the official video for "Clumps" 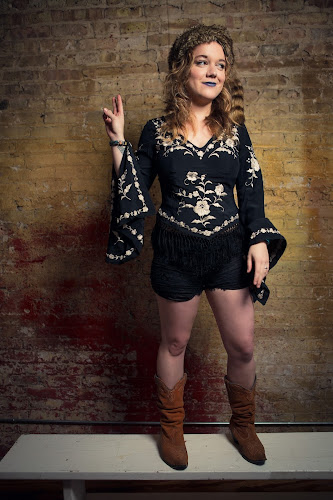