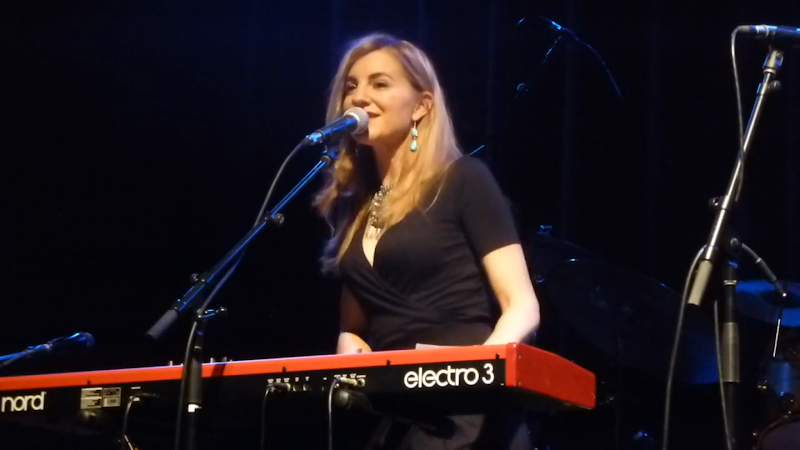 Even though I had recently gone to NYC to see Chrissi Poland's album release show for Waking Hour at Joe's Pub, and even though that show had a full band including the musicians who played on the record, when I saw that Chrissi was booked to play the Sellersville Theater (in the greater Philadelphia area) I had to come out.

Full disclosure: Whatever it is about music that has kept me obsessed since the Beatles first appeared on Ed Sullivan when I was ten years old, whatever that is about music that causes enjoyment in me, I have never been able to pinpoint it exactly, but it is still working on me totally when I hear her sing.

With most other artists, I prefer a band or at least one or two backing musicians. But her show, when she performs solo, has it all. She's one of the rare performers whose voice can command a room.

Accompanying herself on an electric piano, with a few songs on acoustic guitar, Poland's voice is so rich and so soulful that such a performance allows the audience a level of intimacy with her songs such as you might have at one of the small clubs on New York's Lower East Side, like the Rockwood Music Hall where she performs regularly.

When she plays her keyboard, the sound she uses makes such a nice vibe. For you technophiles, the keyboard is a Nord Electro, used with the Wurlitzer patch with distortion and reverb. If you'd like to see how great that sounds, watch the video below.

She sang most of her latest album Waking Hour, two songs from Reckless Ones, plus one that caught me by complete surprise, one I had never heard her do before. It was called "Bird" and it's one that she said she has never recorded, and may not ever. If you watch the video (by clicking on the interactive setlist), you will hear Chrissi tell the story.

At the end of the set, my friend Emily turned to me and said, "You didn't tell me...her voice is f-ing amazing, I've never seen anything like that." She's right. Quite an evening.


Many thanks to the Sellersville Theater for the excellent sound and lighting, Beverly Kates for camerawork, and Lindsey Mitchell for video production assistance.

When Chrissi appeared at Sellersville, she was still riding high from an appearance two nights before where her long term association with Sam Moore (Sam & Dave) and Will Lee brought her to a stage in NYC with Smokey Robinson. 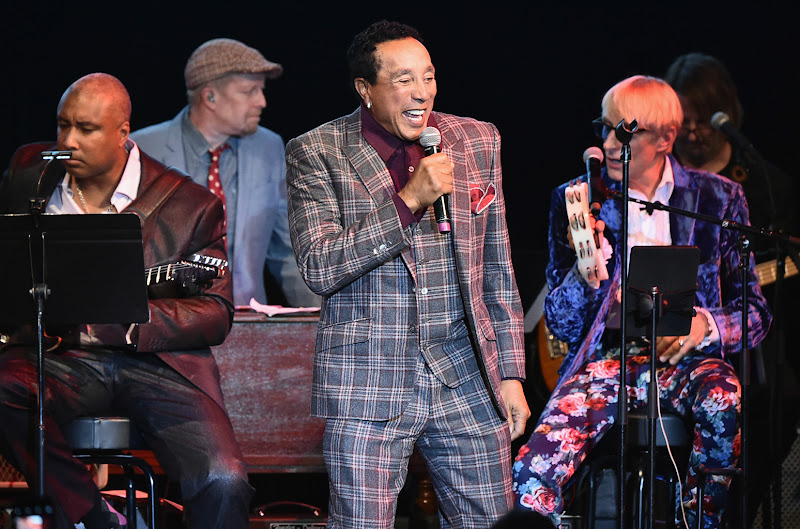 "Music changes kids and kids change the world,” shared David Wish, Chief Executive Officer and Founder of Little Kids Rock. Those sentiments were echoed by Grammy Award-winning singer-songwriter Kenny Loggins who received the organization’s Humanitarian Award. Loggins spoke about being able to express himself through music as a teen when words failed and how he has watched the same in his daughter. “Music speaks to the heart,” Loggins said. “ It taught her who she is, and it taught me who I am." 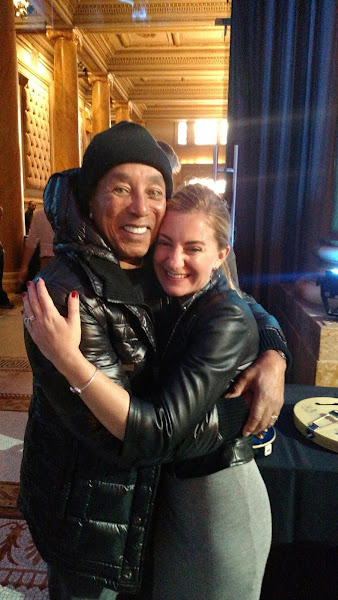 
"I could go on forever about this moment. And yes, I am actually in the middle of an ugly cry right here. Smokey Robinson! Singing with him last night was everything, hearing that one-and-only voice, witnessing that smile, those eyes, one inch away! In this embrace I thought of the Temptations, The Jackson 5, all of Motown, The Miracles, wrapped up in the loving hug of the man who wrote their greatest hits...the man who gave us "My Girl" and so many more. I'll never get over this one. Smokey, I love you, I'll sing your songs forever and always revel in the depth of your brilliance, the sparkle of your undeniable cool. 💜💜💜💜💜" 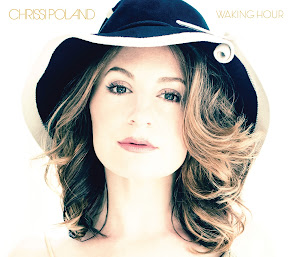