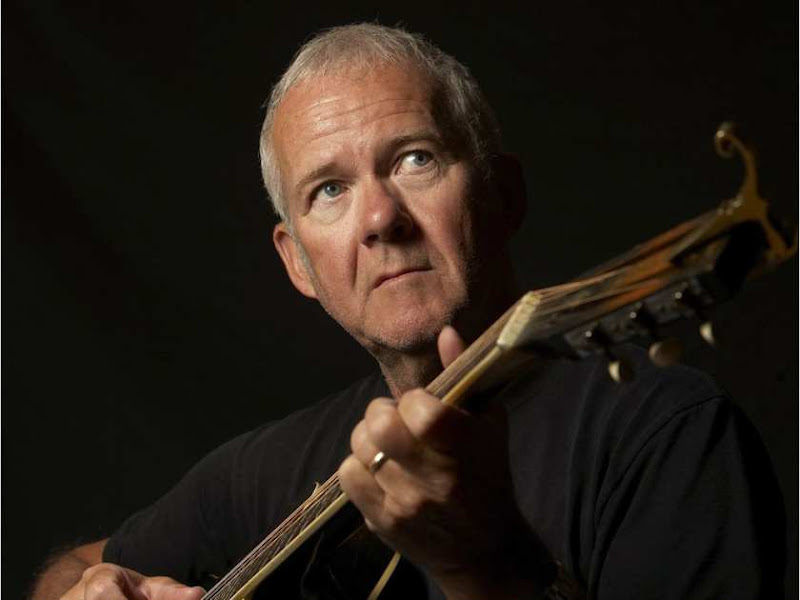 New Music Friday: Many singers, at some point in their career, find their way to the Great American Songbook. Some go to that well more than once, such as Rod Stewart and Bob Dylan. Of all the standards albums I've heard, I don't think that anyone has produced one more enjoyable than Love Can't Tell Time by Murray McLauchlan, released Friday, March 17th. And this isn't even a standards album, it only sounds like one.

Murray McLauchlan is a Scottish born Canadian singer, songwriter, and musician with eighteen previous albums to his credit. I started listening to him back in the early 70s when men were men and records were made of vinyl. I enjoyed a number of visits to Montreal in those days, including a mid January honeymoon. There is a lot to like in Montreal: there's the food, the metro system, the diversity of international cultures, and the shopping, not the least of which is some fine record shopping.

Among my many finds there, I usually came home with McLauchlan's latest LP. I don't know if it was the switch to CDs in the 80s, or if I just didn't get into Montreal that often, but I lost track of McLauchlan... until last Friday when I noticed his familiar name on the list of new releases. Listening to it this morning flooded me with good feeling, hence this article.

The concept could not be simpler, or more well done. A batch of first rate material gets a thoroughly organic arrangement of acoustic guitar, voice, and bass with some of the sweetest swinging violin you've ever heard. McLauchlan says that the basic tracks where recorded "live off the floor" with the violin and some pedal steel added later. Click either the Spotify link or a track below to listen and you'll see what I mean.

The first track is "Pick Yourself Up", written by Jerome Kern and Dorothy Fields. This version is so good that McLauchlan actually reclaims the song from Breaking Bad, which used it to soundtrack a sequence of prison killings with Nat King Cole's version. That image was so disturbing that I hadn't been able to disassociate the scene from the song, at least until now.

Next up is the title track plus two more originals that are so well written, and so well played, that the first time through I didn't even realize that these were not simply standards that I didn't recognize.


"Of the songs I wrote or co wrote," says McLauchlan, "Love Just Can't Tell Time and Little White Lies have a special place in my heart. They were co written with my friend Alison Gordon, a take-no-prisoners gal who was a sportswriter, a novelist, a broadcaster and a great critic when any of us got off the rails. She passed away before I finished this record but she lives on in these songs."

"Hey There" and "Come Fly With Me" are two more covers of standards that are every bit as delightful as "Pick Yourself Up". Regarding those three covers, McLauchlan says, “They’ve been around for quite a while but they are my songs, in so much as I have made them my own. They’ve seen me through some dark times and helped me celebrate seeing the clouds from the other side..."

The album concludes with a string of four more originals. Beyond the beauty of the performances, arrangements, and production, the real genius of this album is the relentlessly high quality of the songwriting. The lyrics are wordy and use the language in a way that we don't hear much anymore. Combined with melodies that seem to be of a piece with the classics, it's no accident that this album plays like a standards collection; it can be hard to tell the difference. What I'm getting at is that Murray McLauchlan's Love Can't Tell Time offers seven original songs on par with the three standards he covers, so let's just refer to this as an album of "new" standards. 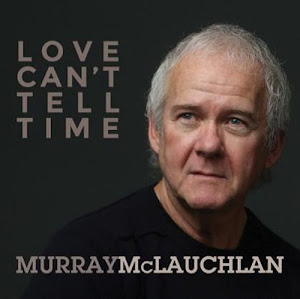 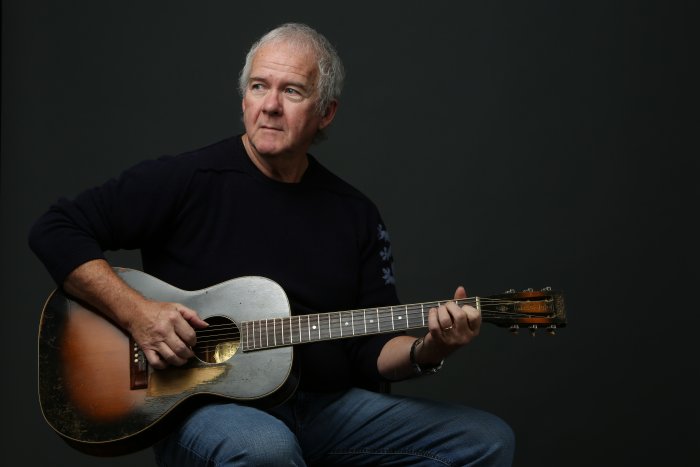 Canadian singer-songwriter Murray McLauchlan is gearing up to release his 18th studio album this spring. Lynn Saxberg talked to the veteran musician, 68, about the no-frills recording, and how a sojourn in Italy rekindled his love of playing guitar.

Q: Tell me about the new record.

A: It’s called Love Can’t Tell Time. It’s related in a way to the last one I did, Human Writes, insomuch as it’s recorded in a very basic way. My motto is, “As the world gets noisier, I keep getting quieter.”


Q: Did you work with a producer?

A: Are you kidding? I’m Canadian. What would I do with a producer?

Q: Fair enough. What was your goal in the studio?

A: I wasn’t really planning so much on making a record. I was just going in to lay down some stuff in this really kind of no-frills, no-artificial-preservatives-or-flavours manner, which is the way I like to hear music. I like to hear that it’s not possible to fake the fact that you can actually play.

Q: You’ve reworked some old songs and written new ones, including some co-writes with Alison Gordon, who’s not known as a musician.

A: Alison was a really dear friend who passed away before it got finished. She was a journalist, the first woman journalist on the baseball circuit. They nicknamed her the pecker checker. We wrote songs kind of on a bet. We’d been sitting on a patio at Allen’s restaurant on the Danforth, with some friends, and Alison sorta got on to the subject of how hard can it be to write songs. So I brought her into the process, and she fell in love with it. The title song is a co-write with her, and the idea of the song is that love just doesn’t happen for people who are the age of Romeo and Juliet. It can happen in a Chartwell home to people who are 85, and it’s just as intense.

Q: What about the song, The Luckiest Guy?

A: I wrote it for Denise (Donlon, his wife). It’s straight and simple: I am the luckiest guy. There’s a lot I could say about how quality of a person she’s been in my life. It’s not the first song I’ve written for her, but it’s one of the best. I like that line, “You stand out in any crowd of thoroughbred city girls.”

Q: It also has some cool guitar playing on it. Where’d that come from?

A: It’s sort of a progression of what started in early 2013, when I was living in Italy. I had time to reflect a bit, and fell in love with playing guitar and music again. During that time, I started learning this whole new language on guitar, which dovetailed nicely with my love of great guitar heroes, like Django Reinhardt. I’ve always been a huge fan of the Paris Hot Club records, and I’ve always loved Texas swing music. Now I find I can sit down and play along with Count Basie and his orchestra and I’m a very happy guy.

Q: Why were you living in Italy?

A: Well, I don’t know if you need a reason to go and live in Italy. It’s one of the greatest places in the world to hang out. It wasn’t that I was mad at Canada or anything, but I just wanted to get out of here for a while because if you’re here too long, it becomes too small a place and you have to get out every so often to get some perspective on different ways of living, and different thoughts. I also really wanted to try to get past the journeyman Rosetta Stone Italian I’ve been working on so I figured the best way was to go live there for a few months. And Denise had some time because she was working on her book.

Q: You weren’t planning to write songs there?

A: Nope. I didn’t have a plan other than to stretch out and open up my head. I absolutely fell in love with the place. It was not the first time I’d been there.

Q: What made you realize the recordings were turning into an album?

A: The results. The songs came out much better than I ever hoped they would. To me, the most important thing is always the songs. They’re at the centre. Whatever the technology, whatever you dress it up with, if there isn’t a good song at the centre of the exercise, it isn’t really worth it.

A: I don’t not like it. I like playing music. That’s what I do. If I don’t do that, all kinds of bad things could happen.

Q: Anything else on the go?

A: Well, as a footnote to the “why do you record?” thing, I’ve been talking to a lot of people in the recent past and a lot of the conversation is, “How are you surviving?” It wasn’t really by any particular instinct, but suddenly when everyone is running around with their hair on fire, I made a little record, that if you sit down and listen to it for 45 minutes, it’s a chance to actually feel good.