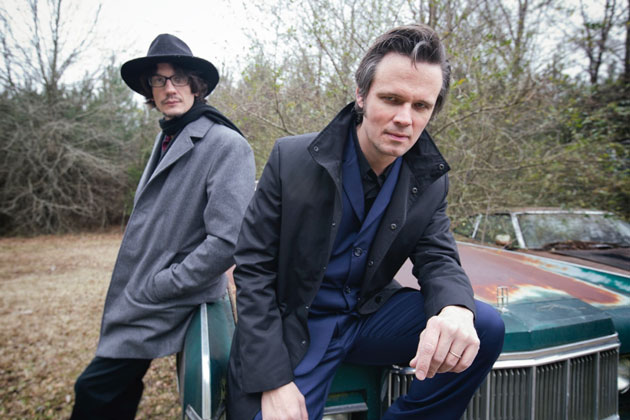 When I first got into Luther Dickinson's latest solo album Blues & Ballads last year, it sounded so good that I went off in search of whatever else Dickinson was involved with, Shardé Thomas too. Dickinson's "day job" was in his family's band The North Mississippi Allstars.

A quick listen to that group's latest release at the time didn't quite do it for me, not like Blues & Ballads. I went to see Dickinson when he came to Philadelphia's World Cafe Live and his live performance was all that (Thomas' too).

The North Mississippi Allstars just released a new album Prayer For Peace on Friday, June 2nd. I just finished listening to it and I am pleased to say that it is a record with many of the same attributes that I couldn't get enough of on the Luther solo album, plus the heavy drums and bass on this record could rock any arena in the land.

Prayer For Peace is the epitome of roots and Americana, if we must attach a label to it. There are lots of rockin' blues and it's electric all the way, except for one acoustic number, "Stealin". I may be new to the Allstars but it seems that Luther's participation on this record is more than previous. Thomas also appears playing fife and singing on the lead track, "Prayer For Peace".

I would be remiss if I didn't mention, at this point, just what the record is all about. The album opens with the title track, and no matter what your politics may be, I think we can all agree that we need a prayer for peace and we need it now. 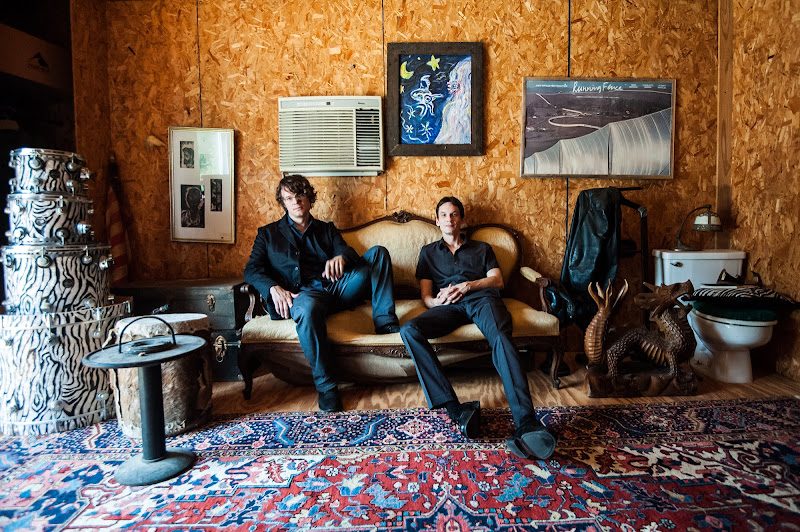 The blues classics that inspired the likes of the Rolling Stones are here in force. A prime example is their version of Mississippi Fred McDowell's "You Got to Move" which sounds amazing in the gifted hands of the Allstars.

I also hear a lot of Jerry Garcia in Luther Dickinson. Not specifically his style of playing or singing, but the breadth of his knowledge of American music; he knows all the roots of rock from blues to gospel to country to soul and jazz. Garcia's encyclopedic repertoire included all of these forms of music, and more. Garcia used many incarnations to express the well of music that was within him, from duets to bluegrass and old-timey ensembles to the Jerry Garcia Band and the Grateful Dead.

The Dead comparisons to Prayer For Peace will be inevitable, what with the Allstars playing "Deep Ellum". When I think of this song, my first thought is the Dead's iconic version from their all acoustic live album Reckoning. But this "Deep Ellum" is solidly electric, it is sung by drummer Cody Dickinson, and is a highlight of the album.

Another reminder of Garcia and Company comes in the form of "Bid You Goodnight"; I've heard this song, or a variant, close out many a Dead show. This song has a guitar tone as sweet as on any George Benson album, with superb slide guitar. It sounds amazingly good the way it's sequenced on the record coming after a piece of rockin' blues, "Long Haired Doney", that is just as impressive for its gritty rootsiness.

All this leaves me with just one thought, if you're into electric guitar, this is heaven. The guitars growl, purr, pound, and soar. There is slide guitar that would make even Nashville's best players weep. And all this is in the service of making some rootsy rural blues sound both old and new at the same time. Whether it's the North Mississippi Allstars or the next chapters of Luther's solo career, I say bring it on. I still can't get enough.

Introduction to "Prayer for Peace" by North Mississippi Allstars on VEVO. 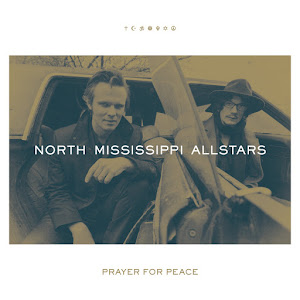 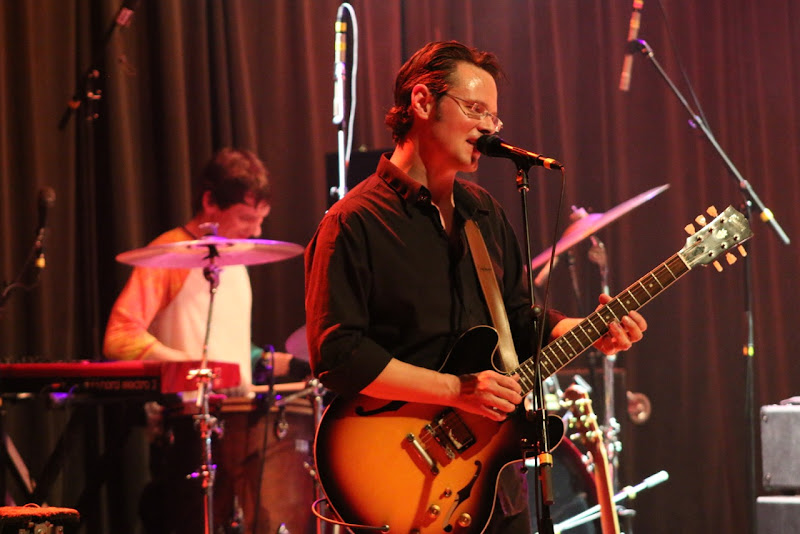 Luther Dickinson talked with Chuck Armstrong about the making of Prayer For Peace for the Boot on June 2, 2017 (excerpts):


One of the biggest turning points in Luther Dickinson’s life was when he was befriended and mentored by one of the greatest blues fife players of all time, Otha Turner. Turner took Dickinson under his wing, and though Turner died in 2003, Dickinson is still connected to him, as he and Turner’s granddaughter, Shardé Turner, remain partners in crime.

“You know, we mixed our first record, [Shake Hands With Shorty], on a piece-of-crap board, and it changed our lives,” Luther Dickinson remembers. “But this new one, we really honored the whole process.”

“This record has been the smoothest ever,” Dickinson says with a huge smile on his face. “We made the record on the road: We recorded for a few hours in Brooklyn, a few hours in New Orleans, a few hours in St. Louis, a day at Royal Studios in Memphis.”

It was that session at Royal Studios that was actually the beginning of Prayer for Peace: The great Boo Mitchell sat behind the board while the Dickinsons recorded, and Dickinson gives Mitchell the credit for injecting the perfect vibe into the album.

“You know, he was “Uptown Funk,” man,” Dickinson tells The Boot. “That was recorded right there. Boo is just magical.”

Another guy to whom Dickinson is quick to dole out credit for the Allstars’ new LP’s sound is Buddy Miller: “He’s the one who showed me the light,” Dickinson admits.

“Not only are we playing live in the studio, but we’re singing live. A while ago, [Miller] told us to not overdub: If you need a banjo, call the banjo player; if you need voices, call the girls and wait for them. Get everyone together and do it,” Dickson continues. “And the underlying theme of all of that is actually committing to live vocals. If the artist commits to that, 98 percent of the problems are solved — the record is made! All the classic music that I like, that’s how it was all made.”

While some artists might struggle putting a record together in a number of different studios and cities, the North Mississippi Allstars seemed to thrive in those conditions.

“For us — especially being sons of a record producer — for us to come in and casually record while being in the mindset of being on the road, that was actually really easy,” Dickinson explains. “That’s smooth, you know? We’re in and out with that live spirit.”

The process, though, wasn’t just about Luther and Cody: “Chris Bell mixed the record, and he glued it all together. Jeff Powell, who cut the vinyl at Sam Phillips Recording, he’s got a lathe in there and did it all, and they even cleaned out the old Sam Phillips echo chamber,” Dickinson notes. “That echo chamber, it’s this organic wall of magic, man; I get goosebumps thinking about it. My whole career, I never had a real echo chamber. I knew about it, but it never dawned on me that it was the tangible, physical thing that’s always been missing.”

As he reflects on the journey of Prayer for Peace, Dickinson remembers the advice his dad always shared: “Our father used to say, ‘Honor the process. Trust the process,'” he says. “On this one, we let everybody do their jobs. The process was honored.”

And when the process is honored, everything works out.

“I believe, in my heart, that music is a realm in which we can commune with musical spirits,” Dickinson announces. “It’s a place where we can all transcend. It’s in my heart. It’s what I believe, and that’s what I’m doing when I’m playing music.”