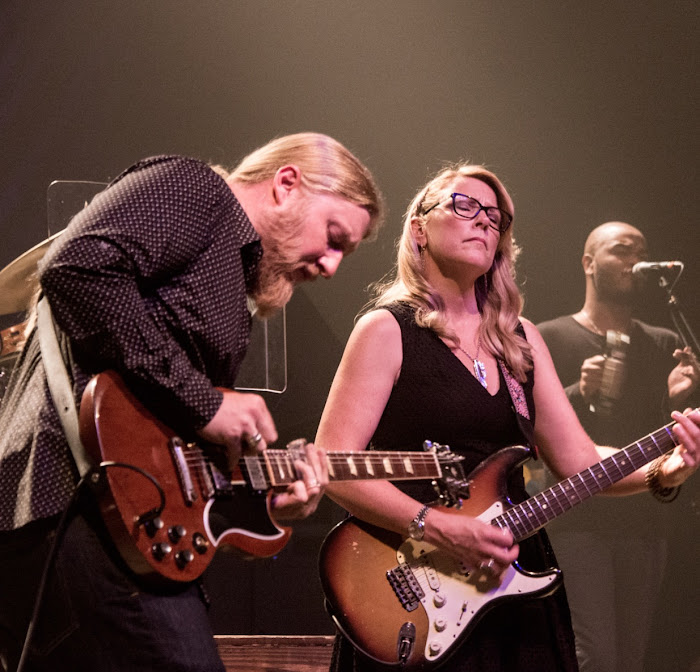 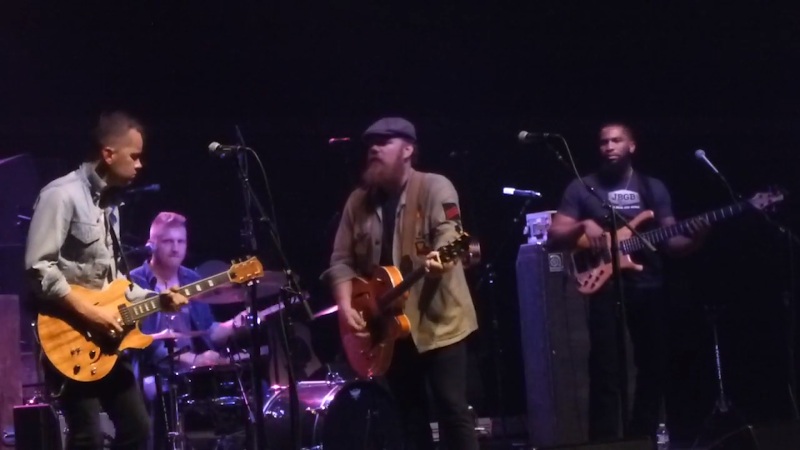 Marc Broussard took the stage promptly at 8pm and delivered a tight forty minute set. Accompanied by Joe Stark on lead guitar, DJ Raymond on bass and Chad Gilmore on drums, Broussard sang and played guitar. After his opening number, the next three songs fit perfectly together forming one long track (11:09). "Try Me" nicely turned into "Fire on the Bayou" (covering The Meters), which led into a cover of Al Green's "Love and Happiness"; watch the video below. Next up was a preview of his next album. It was "Baton Rouge", Broussard mentioned that this was an old Frankie Miller song.

Broussard played a good mix of originals and covers, all showing his Louisiana roots. Next two more songs together, "Dyin' Man" and "Home" to make another eleven plus+ minute track. Broussard closed his set with a nice cover of Solomon Burke's "Cry To Me". This came from Broussard's last album S.O.S. 2 (Save Our Soul), his second collection of old soul covers. I would have liked to hear him do some more of the soul songs, but that's not a complaint. I had been wanting to see this guy for years, and he quite made the most out of his forty minutes. 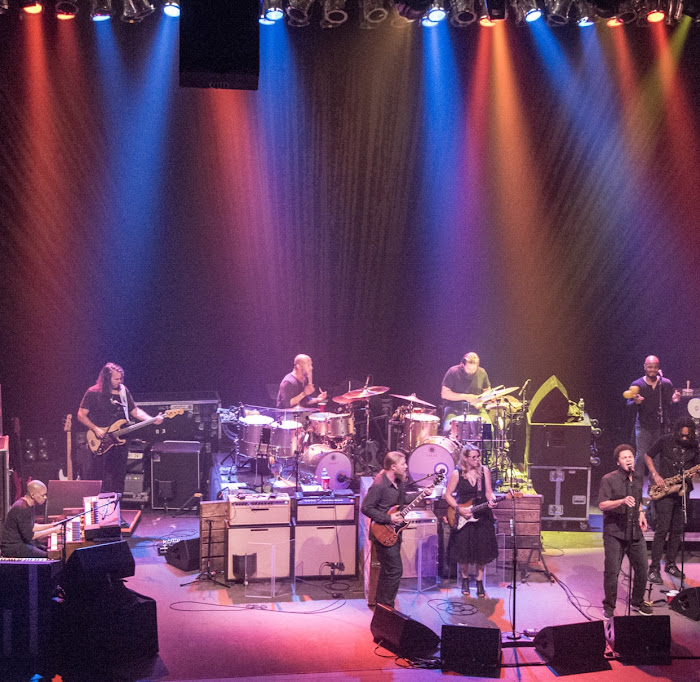 I find it remarkable that the Tedeschi-Trucks Band has found such a large and loyal following, without the benefit of even one hit record. On this tour they filled the Merriam Theater for three consecutive nights, capacity 1,870. Friday and Saturday night's shows were scheduled for two sets each night by the TTB, but Thursday night's crowd was warmed up by a red hot set by Marc Broussard.

After about a twenty-five minute break, the Tedeschi-Trucks Band opened their part of the night's proceedings with "Laugh About It". The band's most recent release is a two CD live album, Live from the Fox Oakland, and a check of Thursday night's setlist reveals that they only did four songs that appear on that album. Further examination of the three Merriam setlists shows that there was only one song played all three nights, a new song called "Shame". "Shame" was so new, in fact, that Setlist.fm reports that it made its live debut at Thursday night's show. Beyond that, there were six more songs from Thursday's set that were repeated one time, mostly at Saturday's show. In addition to giving their fans reason to see all of their Philadelphia shows, they are firmly in the jam band tradition of significantly changing their sets from night to night.

The show offered a mix of originals and imaginative covers that ranged from Derek and the Dominos to Foghat to George Jones and also included Allen Toussaint, Billy Taylor, Bobby “Blue” Bland, and they even added a Santana's "Soul Sacrifice" finish to "I Want More". That finish worked brilliantly for Santana at Woodstock and it sounded just as good at the Merriam. While they played "Anyday" I thought to myself that I might call this article "The New Derek and the Dominos".

In addition to the terrific setlist, the show had lots of great bluesy vocals by Susan Tedeschi. There were plenty of nice long songs with plenty of room for the musicians to stretch out with extended solos. There were a couple of flute solos, I loved the organ solos, there were trumpet solos and a short drum solo. But the main event was clearly birthday boy Derek Trucks' amazing slide guitar with tons of room for his screaming solos. Case and point, the almost self fulfilling title "I Want More" clocking in at nearly 19 minutes.

Many thanks to The Merriam Theater for the lighting and sound. Thanks also to Beverly Kates for camera work and to Lindsey Mitchell for video production.