The Five Greatest Kills In Game of Thrones... And The Five Worse; Those Whose Demise Really Hurt, And Those Who Had It Coming 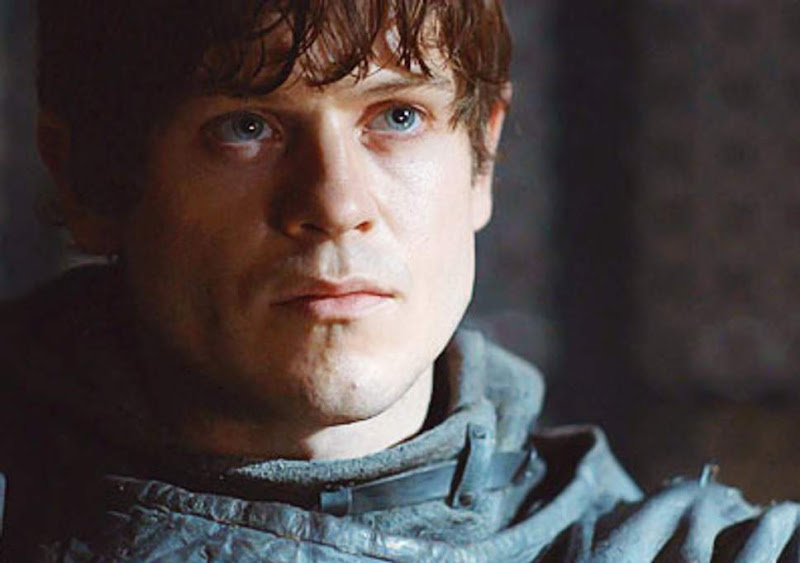 I can't quite believe I'm writing this. A quaker and a pacifist writing about "the greatest killings." I just remember to tell myself that this show is pure fantasy, based on a work of fiction and nobody really dies [spoiler alert!]. So, off we go.

The "greatest" killings in Game of Thrones happen to characters who really deserve it, in the sense that they themselves are responsible for senseless killings and worse, much worse.

The "worst" killings in Game of Thrones are those that happen to beloved characters who usually are good people. These are the ones that really hurt. When a favorite character bites it, you can't help feeling crushed.

These lists are completely arbitrary. If you disagree, or even if you do agree, have your say in the comment section below.

1. Ramsay Bolton, Warden of the North
Among his many transgressions was a particularly painful to watch sequence of episodes in Season 3, during which he tortured both physically (including the removal of his manhood) and mentally Theon Greyjoy, ultimately reducing him to the pathetic character of Reek, a victim of PTSD if there ever was one. Although I'm sure that similar torture occurs in real life, the graphic scenes in Game of Thrones earned the show some of the criticism it has received. Ramsay Bolton's brutality wasn't limited to Theon. When Littlefinger "sold" Sansa Stark to be Ramsay's bride, the wedding night rape was one of the cruelest scenes ever on an entertainment show. So, when Sansa unleashed his hungry hounds to feast upon him in S6E9 and the first thing they attacked was his "package", the manner of his death couldn't have been more fitting.

2. Petyr "Littlefinger" Baelish, Lord Protector of the Vale
Petyr Baelish, or Littlefinger as he is also known, has been a schemer since day one. He has only ever looked out for himself no matter how many characters he convinced otherwise. When the plans turn deadly, as they often did, he never shied away or displayed any sort of principle. So, it was sweet when Sansa and Arya Stark gave him a dose of his own medicine (S7E7). Littlefinger was also on Arya's hit list when Sansa conspired with her sister to bring the Petyr Baelish storyline to its ultimate and final conclusion.

3. Joffrey Baratheon, Lord of the Seven Kingdoms
King Joffrey was responsible for my #1 worst killing in Game of Thrones, the beheading of Ned Stark. You couldn't excuse Joffrey for his age. The boy king was obnoxious and callous as part of his personality. He would not even have inherited the throne if the secret got out that he was the product of incest. Littlefinger conspired with Olenna Tyrell to poison the wine that Joffrey was served at his own wedding, the Purple Wedding (S4E2). The viewers were not the only ones pleased by this turn of events.

4. Walder Frey, Lord of the Crossing, Lord of Riverrun
Every time Walder Frey appeared on screen he struck me as having an uncanny resemblance to Willie Nelson. That, did not get him killed. The fact that his duplicity knew no bound, did. Specifically, his execution of the plans as devised by Tywin Lannister and Lord Roose Bolton for the Red Wedding merited his throat the special attention of Arya Stark's knife blade (S6E10), good valyrian steel.

5. Tywin Lannister, Head of House Lannister, Lord of Casterly Rock
That Tywin Lannister was killed by his son Tyrion, is not nearly as surprising as what took him so long. Mistreated by his father since birth because he was born an imp (How do you even tell with an infant?), he tried to drown his newborn son. Tyrion is a character who appears to be good at heart. Perhaps the final straw was being sentenced to death by Tywin for a murder he did not commit, that being the dispatch of King Joffrey. The method used by Tyrion, killing his father with a crossbow while he sat on the toilet (S4E10), put a fine point on the whole relationship. Note: In losing the Tywin character, the show lost an actor who was a great speaker and orator. 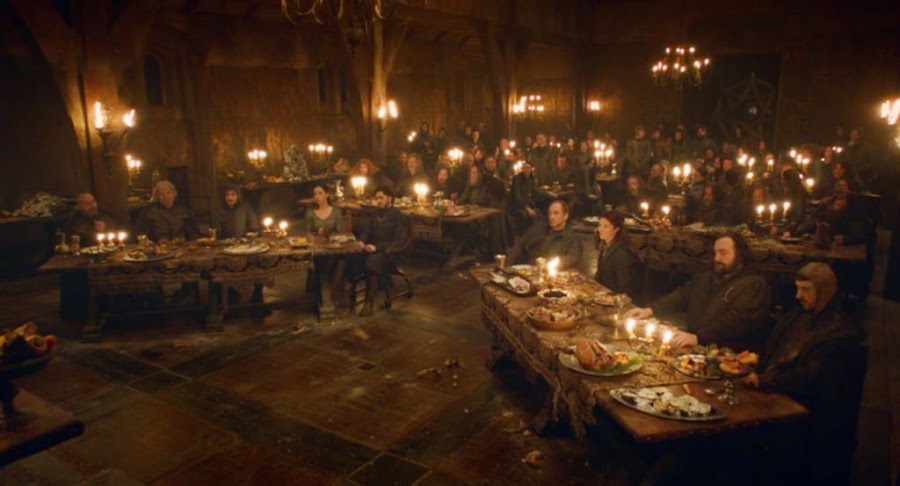 1. Eddard "Ned" Stark, Hand of the King and Lord of the North
Even though he didn't make it alive out of Season 1, it is obvious that Ned Stark is one of the most important, if not the most important, of characters in the show. There has been no other character so principled, loyal, and loving. It was crushing, to say the least, when he was summarily beheaded at the order of King Joffrey Baratheon (S1E9). Even worse was the scene in which Ned's young daughters had to see his head paraded on a spike.

2. Robb Stark, King of the North
Robb Stark, son of Ned Stark, died alongside his new bride Talisa and his mother Lady Catelyn, not to mention their 15,000 man army at the now infamous Red Wedding (S3E9). Watching these murders at their wedding banquet came as such a shock, and such a disturbing one at that, Game of Thrones actually lost some viewers. Regardless, it was pretty apparent at this point that the Stark family was under attack. This only crystalized viewer fascination with the survival of the deceased King's siblings namely Sansa, Arya, and Bran, also Jon Snow (then known as their "bastard" brother). This killing was intense.

3. Lord Randyll (father) and Dickon Tarly (son, and brother of Samwell Tarly)
Despite the name of his second born son with whom he died, Lord Randyll Tarly was such a "dick" to his first born, Samwell, that Sam took the family sword with him when he went north to the Wall to serve on the Night's Watch. But that was not a factor when, after his army lost badly, he refused to bend the knee with son Dickon standing bravely by his side refusing also to bend the knee. Both were burned to death by Drogon (dragon) at the behest of Daenerys Targaryen, Mother of Dragons, Breaker of Chains and all that (S7E5). The new boss turned out to be a lot like the old boss.

4. Ygritte, Soldier in Mance Rayder’s army and Jon Snow’s lover
Long before Jon meet Dany, he was involved with Ygritte, one of the wildings. The wildings were an enemy living north of the wall. They had captured Jon Snow and Sam Tarly during a foray beyond the wall and as the wildings led them back to camp Jon was under the charge of Ygritte. One thing led to another and yada, yada, yada, they became lovers ...or should I say frenemies. Later, during a battle of wildlings vs. crows, Ygritte received an arrow to the heart and died in the arms of Jon Snow (S4E9). And Jon was not alone in feeling that her death was tragic.

5. Jon Snow, Commander of the Night’s Watch
Even before we learned the true details of Jon Snow's parentage, we knew that he was one of the VIPs of the show. That's why I have included him on this list. That, and the fact that his death (S5E10) turned out to be only temporary. He was brought back to life by the ministrations of magic and Melisandre. When he first returned to life, it was uncertain whether he would be the same. He is and he isn't... 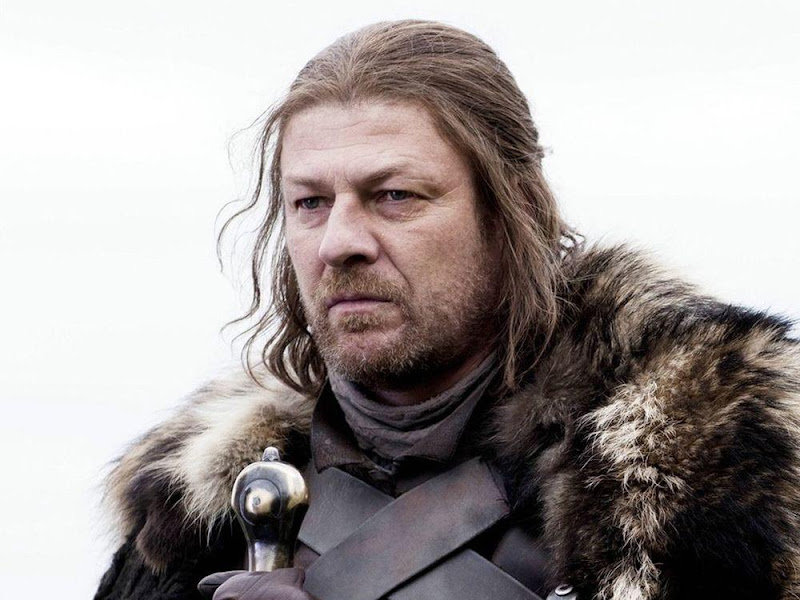