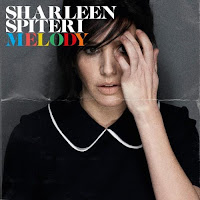 After fronting the excellent Scottish band Texas for twenty years (hard to believe, Harry), singer Sharleen Spiteri has finally recorded a solo album, Melody, scheduled for release in the U.K. on July 14th. Hoping not to get lost in the shuffle of current singers working the sixties/pop/soul aesthetic, Melody is described on Sharleen's website thusly:

Not only did Sharleen write the whole album, she also produced it, taking complete artistic control of its every sonic nuance. Steeped in the sound and textures of '60s soul, '50s rock'n'roll and doo-wop, it's an album that's vintage in flavour yet utterly contemporary in spirit. Beside the new generation of retro-obsessed UK songbirds such as Amy Winehouse, Duffy and Adele, it's a timely reminder that Sharleen was already dabbling in similar influences over a decade ago, be it Tamla Motown ('Black Eyed Boy'), Marvin Gaye ('Say What You Want') or Elvis Presley (cross-dressing up as The King for 2001's 'Inner Smile' video).

Going solo has allowed her the freedom to indulge in such consuming passions even further, creating an album that proudly wears its influences on its sleeve. "I've always wanted to make a Nancy Sinatra record," she explains. "That was never going to happen with Texas, but being on my own meant I could take complete control and make the kind of album I've always dreamed of. That's what Melody is all about. It's my dream Nancy and Lee Hazlewood record, but with Johnny Cash, Motown, Elvis, The Righteous Brothers, all these things thrown in. That's what it boils down to. My ultimate personal fantasy record."

Here's the video for the first single, "All the Times I Cried". 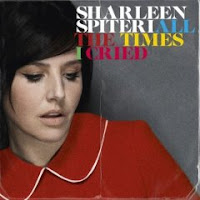 All the Times I Cried contains a bonus track "When Did You Leave Heaven", and is released in the U.K. on July 1st on digital download and on July 7th on CD single. 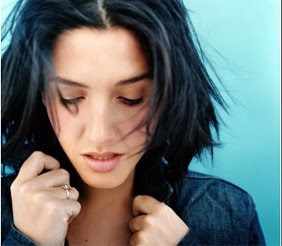 All The Times I Cried (Acoustic)

Perhaps a future bonus track, this song is described as being from the album but is not included on it or on the first single. "That Was a Lie" is currently being offered as a free download on Sharleen's website.

Also check out Texas' Youtube page for a nice collection of Texas videos.

infotaupe said…
Thanks for the heads up, love her voice, and the new single is beautiful!
6/18/2008

jennifer kates said…
haha i think of you every time i see that episode of the british 'office' where ricky gervais is bragging that he could have headlined a show with texas opening for HIM but that he didn't feel the need to prove himself, he just knows that he could have been bigger than them if he had wanted to try. "a little band called... TEXAS."
7/04/2008