House of Waters; And Now For Something Completely Different, A Unique Mixture of Jazz, World Music, and Hammered Dulcimer

Photos courtesy of House of Waters 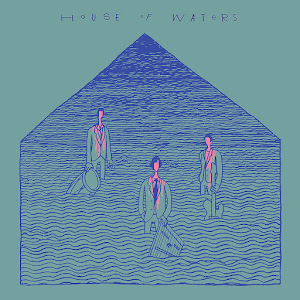 
The New York Music Daily referred to House of Waters as "one of the most original bands on the planet."
National Public Radio (NPR) called Max ZT, "The Jimi Hendrix of the hammered dulcimer."

These guys are ultra serious about their craft. Their biography provides some detail of their musical background.


House of Waters’ music is both complex and easy to enjoy, a musical exploration that invites listeners to open themselves to new sounds. One of those sounds is that of Max’s instrument, the hammered dulcimer, a percussion/stringed instrument that takes years of study and spans dozens of cultures around the globe. Most often associated with traditional American and Irish folk music, Max has taken the instrument in entirely new directions. “I’ve been playing it since I was 7,” says Max. “And my folks reminded me I first fell in love with it when I was 2: I saw it performed at an exhibit opening, walked up to it, sat underneath and just listened to it for hours.”

Moto had a similar experience with the 6-stringed bass and it has defined his life ever since. His study of Western Classical music, Japanese traditional music and the African inspired musical sensibilities of South America, coupled with his undeniable virtuosity, adds a breath-taking element to the group’s total sound. Luke studied with the legendary Hamza El Din, while Max studied with traditional musicians in Senegal and continues to learn from Pandit Shivkumar Sharma, India’s master of the santoor (an ancestor of the hammered dulcimer.) “That experience,” says Max, “opened me up to a whole separate world of traditions and philosophical thought.” Joining forces has given each artist an opportunity to stretch their chosen instruments, to take risks to expand both the music and themselves. In the process, audiences cannot help but be thrilled by the enormity of their sound.

Put on this self-titled album by House of Waters and strap in. You might not know the destination but you are sure going to enjoy the ride.

The Iconique Music Group reports that House of Waters are currently on tour in support of this album, which reached #2 on iTunes' world music chart, released on Snarky Puppy's label GroundUP Music/Verve Label Group. The Spring of 2017 will find them out on a European tour with Snarky Puppy, followed by U.S. appearances.

Watch House of Waters on episode 45 of "Caught In The Act", Brooklyn Independent Television, aired on 1/25/2012.