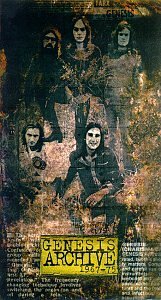 The recent performance of The Lamb Lies Down on Broadway by The Musical Box has brought a new appreciation for the Genesis original. Although Foxtrot (1972) and Selling England by the Pound (1973) were masterworks in their own right, and even though a case could be made that Banks, Rutherford, Hackett and Collins carried on with some great progressive music sans Gabriel on A Trick of the Tail and Wind and Wuthering (both 1976), I'm starting to think that The Lamb Lies Down on Broadway (1974) may be Genesis' best album. 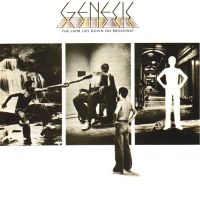 For many listeners, the story of the Lamb tends to overshadow the music. While the imagery is often bizarre, it's really not that different from what Genesis was already doing lyrically, in their previous records; think about "Supper's Ready" for example. The weirdness really got the spotlight because the Lamb was a concept album spread over two vinyl lps. It's become pretty clear over the years that the Lamb was the breaking point that led to Peter Gabriel's departure from the band; it's been written that the rest of the band were not on the same page with Gabriel and even they didn't get it at the time. Ironically, in spite of any philosophical differences, the music rose to the occasion with powerful anthemic progressive rock masterpieces interspersed with enough sound effects and weird sounds to effectively bind the music to the story. 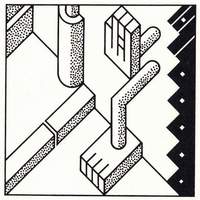 For me, the defining musical track is "Hairless Heart." Steve Hackett's guitar leads a triumphant melody that is amplified by the powerful bass, beautiful keyboards, and great drumming. Gabriel, Banks, Rutherford and Collins are all superlative musicians, but I believe that Hackett's incredible technique and tunefulness was the driving force that made Genesis one of the best purveyors of progressive rock in an era when that style of music was at it's peak. "In the Cage, Carpet Crawlers, The Chamber of 32 Doors, and The Lamia" all excel in similar fashion. And let's not forget the excellent "Fly on a Windshield, Broadway Melody of 1974, Back in N.Y.C., Counting Out Time, Lilywhite Lilith, and Anyway." The final sequence of "The Light Lies Down on Broadway, Riding the Scree, In the Rapids, and It" combine for a great ride to an incredibly satisfying finish. Thirty years on, it's perhaps easier now to rationalize the story as a dream sequence and focus back on the music, which stands with Genesis' best work. For an incredible array of listener reviews of the Lamb, check out this progressive rock website. 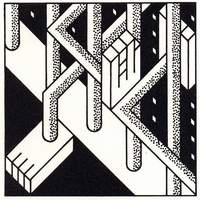 On the drive down to Atlantic City to see The Musical Box, I gave a listen to a live performance of the Lamb by Genesis, recorded January 24, 1975 at the Shrine Auditorium in Los Angeles. Having the real thing fresh in memory made The Musical Box rendition all the more impressive. The live version is available on the four disc box set, Genesis Archives, Vol. 1: 1967-1975. When this box set was released in 1998 I was initially disappointed to discover that the first two entire discs were devoted to the live version of the Lamb, and with disc four filled with demos and rough mixes from their Jonathan King singles period, 1967-1970 (of use mainly just to archivists and completists), only one disc seemed to feature the sort of material Genesis fans had hoped would fill a box set such as this; the 1973 Rainbow concert, a couple of live BBC recordings, two collectible b-sides, and the single mix of "Watcher of the Skies." 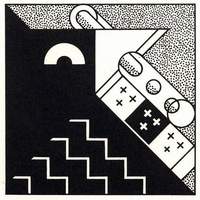 In retrospect, now it's great to have a live recording of the Lamb, even if Gabriel and Hackett both went back into the studio in 1998 to "sweeten" or re-record some of their parts. Gabriel has been known to do this throughout his career (and he's certainly not the only one); purists however are justifiably annoyed when artists tinker. The live Lamb is a treat to hear now, and when you get to the end of it, you really have no choice but to continue on listening to all the great stuff on disc three. I'm guessing that there's likely plenty more material of similar quality still in the vaults, but for now we must just appreciate that we've got these recordings to enjoy. 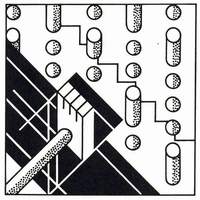 .
The four pictograms above were used on the original Lamb album's inner sleeves.