Swing Out Sister, The Trocadero, Philadelphia, 6/13/05 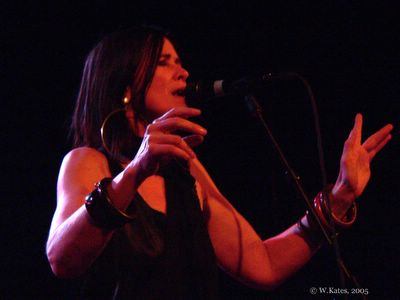 Simply put, Swing Out Sister's performance tonight at the Troc in Philadelphia was one of the all-time best concerts I have ever been privileged to witness. This is partially because this is a band I didn't expect to ever see play live, much less here in my town. But mostly it is because over the course of eight studio albums spanning eighteen years they have amassed a wealth of excellent material which they played with the utmost of skill, utilizing many of the same musicians who have played on the albums and on their occasional tours. Corinne Drewery sings with a seemingly effortless command of this material, and the live treatments while true to the melodies on the records, expand and enhance the tunes, occasionally mixing in unexpected musical treats.

The setlist was flawless with virtually all of their albums represented. The musicians made the most of their solo opportunities, including the two backup singers who maintained a vocal rapport with Corinne that was uncanny. This show had everything you could want in a live music performance and then some (okay, better lighting would've been nice). The small but incredibly enthusiastic crowd at the Troc were all enriched by the experience. Three of their last four albums have not been released in their home country (the U.K.) or here in the U.S., released only in Japan, which is incomprehensible considering the unwaveringly high quality of their work. Making tonight's musical experience all the more memorable was an excellent pre-show music mix played on the venue's sound system via an iPod hooked up to the soundboard that was programmed by Andy Connell, the other half of Swing Out Sister, who doesn't partake of live touring anymore as he explains here (see the news entry for 3/31/05). 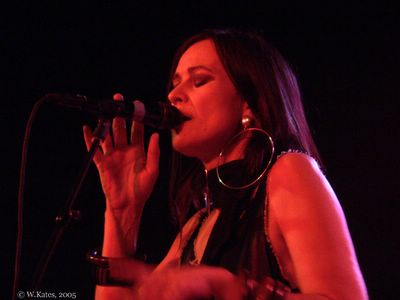