July 09, 2005
Andy Whitman wrote the following appreciation of folk singer, songwriter, humorist, and Chicago Cubs fan Steve Goodman in the current issue of Paste. I'm not sure how long these articles remain available to read online, so rather than post just a link, I am pleased to present the piece below.

If you enjoy reading it, please check out Paste. Each issue is packed with articles, interviews, reviews, and ads for music that more often than not coincides with the WXPN playlist. If you subscribe, you also get an excellent sampler CD bound into every issue with twenty plus tracks from the new albums discussed in the magazine. In the past year they've recently added a DVD which is also bound into each issue that contains relevant music videos, more music tracks, clips from TV and movies, and the occasional short film. At $4.00 per issue for a two year subscription, it's a great deal. Thanks to Andy Whitman for a great piece of writing and thanks to Paste for permission to reprint it here. 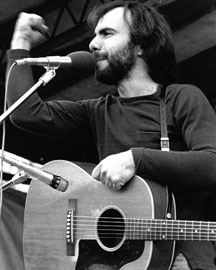 It’s late February. Pitchers and catchers reported to spring training a week ago. Opening day is a little more than a month away. It’s that time of year when Midwestern Americans, weary of winter’s onslaught, dream of sun-drenched summer days, the crack of the bat, the commingled smells of newly oiled leather gloves and stale popcorn and freshly mowed grass, the sounds of vendors hawking peanuts and ice-cold beer in the stands. Anything and everything is possible. The Chicago Cubs, who haven’t won a World Series in 97 years, are still undefeated. And Steve Goodman, a terrific singer and even better songwriter who lived for the Chicago Cubs and died far too young, still might one day receive the critical and popular acclaim he deserves. You never know.

Diagnosed with leukemia when he was 21 years old, Steve Goodman spent his entire recording career with a death sentence hanging over his head. In one of life’s ironic jokes, he recorded his first album in 1969, the year the Cubs blew a nine-game late summer lead to the New York Mets, and his last album in 1984, the year the Cubs lost to the San Diego Padres in the National League championship series. Chiefly through Goodman’s song “The Dying Cub Fan’s Last Request,” the fortunes of the man and the baseball team will forever be linked. The Cubs never made it to baseball’s Promised Land; Steve Goodman never made it beyond a small but dedicated cult following. You can view it as futility if you like; certainly Cubs fans know the feeling all too well. Or you can view it the way Steve Goodman did in one of his earliest recorded songs:

All the good times going by, got to have ourselves a few.
Where I’m going has no end, what I’m seeking has no name.
No, the treasure’s not the takin’, it’s the lovin’ of the game.

For Steve Goodman, the game could not be contained by a season or a stadium. Nor could it be defined by a single genre or stunted by a death sentence. His eponymous first album, released during the year of the Amazin’ Mets and the Chokin’ Cubs, was a folk-rock classic. It was highlighted by “City of New Orleans,” a future hit for Arlo Guthrie and now a folk-music staple, a song Kris Kristofferson and John Prine have called “the best damn train song ever written.” I can’t argue with them.

Throughout his career Steve Goodman confounded listeners and critics by tossing musical changeups and curveballs into the mix. Pegged as a sensitive singer/songwriter folkie, Goodman turned around and wrote hilarious parodies of country music (the David Allan Coe-popularized “You Never Even Call Me By My Name,” which skewers every cliché ever lassoed to a two-step shuffle), covered jazz standards from the ’30s, and enlisted stalwart bluegrass mandolin picker Jethro Burns to be his musical foil. Pegged as a serious, literary writer, he thumbed his nose at pretension by concisely summarizing the plot of Moby Dick as a twelve-bar blues. Also pegged as a musical comedian, he turned around and wrote songs full of regret and sorrow—“My Old Man,” a wry, wistful remembrance of his late father, “The Ballad of Penny Evans,” a bitter, angry denunciation written from the point of view of a Vietnam War widow. And always he wrote about his beloved Chicago, firing broadsides at the notorious Lincoln Park Towing Company, simultaneously eulogizing and sending up longtime mayor Richard Daley, echoing the prayers and doubts of millions of Cubs fans worldwide. 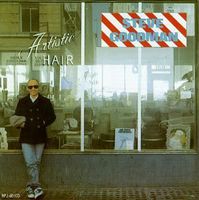 By the early ’80s the leukemia was well advanced. The albums were numbered, and so were the days themselves. The cover of Artistic Hair showed a beaming Steve Goodman in front of a barbershop—bald as a cueball from his chemotherapy treatments. Then, finally, Affordable Art, which featured “The Dying Cub Fan’s Last Request.” It can break your heart if you’re a Cubs fan. Or a Steve Goodman fan. But it will also make you smile. That was Steve Goodman, too:

Do they still play the blues in Chicago
When baseball season rolls around
When the snow melts away,
Do the Cubbies still play
In their ivy-covered burial ground
When I was a boy they were my pride and joy
But now they only bring fatigue
To the home of the brave
The land of the free
And the doormat of the National League

All too soon he was gone.

Steve was scheduled to sing the National Anthem at Wrigley Field for the first game of the 1984 National League playoffs, but he succumbed to leukemia on September 20, 1984. He was 36 years old. Four days later the Chicago Cubs clinched the National League East pennant. It was their first playoff appearance since 1945, three years before Steve Goodman was born. 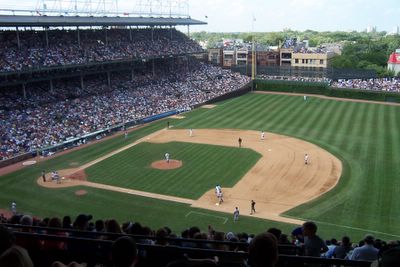