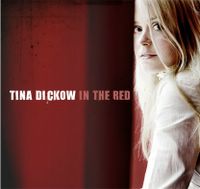 This has been a banner week, musically, with two of the best albums of the year so far dropping into my player. Tina Dico's In the Red is threatening not to relinquish the player anytime soon as it's been spinning almost continuously since Wednesday. Thanks again to Dave for acquiring two copies of this from Tina's manager; so far it has only seen release in Dico's native Denmark.

Dico's previous work available here has been limited to Far, a six song ep released in 2004, and Zero 7's second album, When It Falls, also 2004, which she joined as the fourth vocalist in a band already awash in vocal talent. In Denmark where her name is correctly spelled Dickow, she's also got two previous solo albums including her debut Fuel (2001), and the ambient acoustic Notes (2003) for which she won the Danish Grammy award.

Based on her work with Zero 7, her ep, and her occasional solo acoustic performances last year, expectations for a proper solo album were high but happily, In the Red turns out to be everything one might have hoped, and more. Dico goes deep, lyrically speaking, right out of the gate on the first two tracks. "Losing" which opens the album sounding like it could be a candidate for the next Zero 7 record, varies from soft and moody to complex and intense, showing a nice compositional range. Dico's vocals are superbly sung and recorded, offering a lush texture of vocal sound that is a delight for the ear.

All of the same can be said for track number two, "Nobody's Man" except that the softer sections sound a little more moody on this one, but when the intensity kicks in, the guitar lead seems to smolder and threaten to catch fire, nicely mirroring the lyrical progression of the song. Considering everything that Dico brings to the table, it's hard to imagine a guy as messed up as the subject of "Nobody's Man." She's already parked one in the bleachers and we're only two cuts into the record.

Great songwriting, singing, and production are in evidence throughout In the Red; "Give In" is another standout. The title track "In the Red" continues the impressive musical and lyrical range as well as more delightful vocal work. "Room With a View" is one of the most simple, direct, and heartfelt love songs you're likely to run across; not one for the jaded.

"Warm Sand" is the only song from Far that appears on In the Red, but it's a completely new and different version of this great song. We can only hope that some American label gives this album proper distribution in the U.S. (if my startup label were ready to go now, I can only imagine the possibilities). 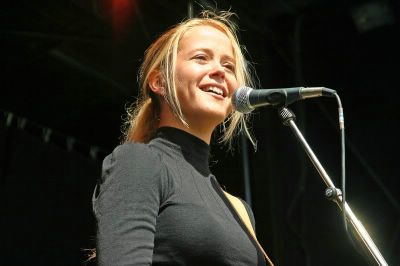 .Dickow or Dico, it just doesn't get any better than this.

I'm a HUGE Tina fan as well. I was able to aquire her two Danish albums "Fuel" and "Notes" from a co-worker who is moving to the US from Denmark to work with my company. I have been dying to get a copy of "In the Red" but I'm sure I will be hopelessly waiting for at least 6 months before I get an opportunity to hear it. If you are interested I would like to trade mp3's. My two albums for "In the Red".
Send me an email: bryanbarton@gmail.com

I absolutely love Tina. I've heard 'Notes' and 'In The Red', but not her debut yet. And although there are some not fully complete tunes in my opinion there are MANY great ones. Room With A View, Break Of Day, Warm Sand and Nobody's Man are some of my all time favourite songs by any artist. So, just keep up the great work ;)
10/15/2005

Warm Sand is better in the big band version found on 'In The Red', and Room With A View is absolutely amazing in the slow, intense version orginally found on the amazing 'Notes'.
10/15/2005