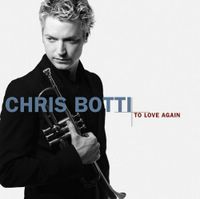 Thanks to Dave for the preview listen to this excellent new cd scheduled for release October 18th. Botti's last album (his seventh) tapped into a huge audience for whom When I Fall in Love

(2004) served essentially as a first album. A portion of the adult audience that rediscovered record buying when Norah Jones won her Grammy awards totally embraced this beautifully rendered collection of standards, helped along by Botti's performance appearances on most of the daytime talk shows, especially Oprah resulting in Botti's first certified Gold album.

While the last one was mostly instrumental, To Love Again(2005) still mines the standards, but differentiates itself by being mostly a vocal album, with guest vocals from an impressive list of collaborators that includes Sting, Paula Cole (both of whom have sung with Botti before), Michael Buble, Jill Scott, Gladys Knight, Renee Olstead, Rosa Passos, and most surprisingly, Paul Buchanan who turns is a very identifiable rendition of "Are You Lonesome Tonight" that would be well worth the price of admission all by itself for the Blue Nile crowd. The final track, "Smile" sung by Steven Tyler of Aerosmith is the only one that I could do without; nothing against Tyler but this song has been covered more often than the quality of the song would seem to warrant.

The DualDisc edition of To Love Again will include a four song live session on the dvd side that includes two Miles Davis songs that aren't on the album, one featuring a guest performance by David Sanborn on sax. To Love Again was expertly produced by Bobby Colomby who may be remembered as the drummer from Blood Sweat & Tears. Look for Botti to appear in October to perform on the Today Show, the CBS Saturday Early Show, Tony Danza, the Late Late Show (Craig Ferguson), and as a guest on a Brian Boitano NBC-TV special on New Year's Day 2006. 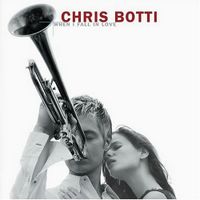 When I Fall In Love is one of the best chill albums to come along in some years, and To Love Again applies the same level of quality to vocal treatments of some great material. With the Sony marketing juggernaut firmly behind this, I'm confident that not only will everyone buy it who bought the last one, but they'll each tell a few more friends and this could wind up as Botti's best seller ever. It's always special and somewhat rare when high quality and high sales intersect, but these two Botti albums are solidly in that category; highly recommended.

Anonymous said…
Wish you would record another album of your original music. That music is wonderful.
10/18/2005