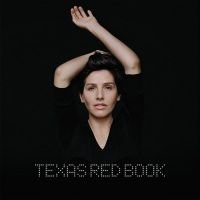 The new Texas album is set for release in the U.K. and Europe on Monday November 7th in both standard cd and deluxe edition with dvd. The last album, Careful What You Wish For (2003) was something of a disappointment for some fans, but hopes are high for Red Book. The first single, "Getaway" released in three formats, has been in the racks since August 1st. 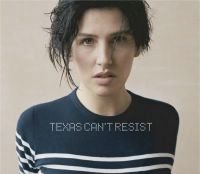 "Can't Resist" is the second single from Red Book, also released in three formats (cd single, cd ep, and dvd single) on Monday October 31st in the U.K. and Europe. You can watch the "Can't Resist" video and preview the entire new album at Texas' Website. 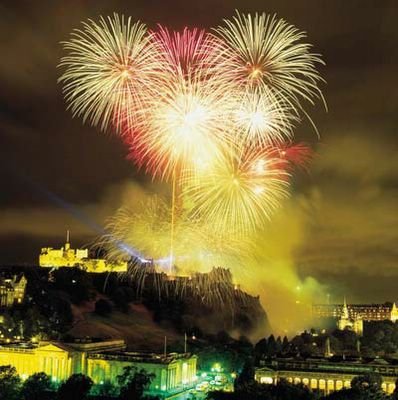 Texas is slated to headline this year's Hogmanay festival, New Year's Eve in Edinburgh, Scotland. This detailed news article describing the event was posted on the Texas message board. and I am pleased to reprint it here. If anything could ever get me to leave home on New Year's Eve (and nothing has, yet), this might be it.

SCOTS rockers Texas and indie chick KT Tunstall are to headline this year's Hogmanay celebrations in Edinburgh. Sharleen Spiteri's band and Fife lass KT will be joined by newcomers El Presidente to perform for 250,000 people to bring in 2006.

Organisers said the top line-up of three Scottish acts promised to make the festivities the biggest and best yet. Unique Events boss Pete Irvine said: "This year's audiences at the Royal Bank Street Party will be treated to an irresistible triple helping of Scottish music at its very best." I'm delighted to welcome Texas, who havegone from strength to strength since they last rocked the Concert in the Gardens at the Millennium." Add the exciting new talent KT Tunstall and El Presidente and it goes to prove that Edinburgh will be the place to see in the New Year."

Texas beauty Sharleen Spiteri will be the star attraction. The million-selling rock act last appeared at Princes Street Gardens for the Hogmanay celebrations in 1999 and donated their fee to charity. Once again, however, Sharleen said she planned to be whisked back to her home city of Glasgow as soon as the gig was over. The band were given a police escort along the M8 to Glasgow last time so they could be with friends and family to bring in the New Year. Sharleen is hoping for the same star treatment to start 2006 on a good foot. She said yesterday: "It would be nice to do that again - to be given a police escort back to Glasgow for midnight." There is nothing like bringing the bells in at home in Scotland." We still don't know what time we are on stage but we don't mind what time the show takes place."

The fee for the previous Texas show in front of the castle esplanade was donated to CHAS (the Children's Hospice Association For Scotland). Sharleen and pal Ewan McGregor are patrons of the charity, which provides much needed care to terminally ill children and their families. In 1999, the fee of £100,000 was given by the whole of Texas to the charity. Sharleen said: "It's something we did but it's not a big deal." I am still involved in CHAS. Ewan McGregor and I do a Burns night in London each year."

Texas release their latest album Red Book and the single Can't Resist from it on Monday. It follows the Top 10 single Getaway, written about her break up with boyfriend Ashley Heath. Sharleen said: "The response has been amazing and people have been coming up to us to say it's great that we are back.

St. Andrews-born singer-songwriter KT Tunstall, 30, is the latest Scots artist to take the world by storm. Her acclaimed debut album, Eye To The Telescope, has sold 500,000 copies and was nominated for the Mercury Music Prize. Her new single, Under The Weather, is out on November 21. But just a year ago, KT would never have dreamed she would be headlining Edinburgh's party. She said: "I was singing in coffee shops and pubs." I'd go to the street party and look up at the stage and think, 'How on Earth do you get to play there?'

If someone had told me last year I'd be playing Edinburgh's Hogmanay I wouldn't have believed it." Until we're actually on stage I'm not going to believe that we're allowed on it." KT said she last experienced Edinburgh's Hogmanay in 2001 with her younger brother Daniel, who is deaf. She added: "I was living in an attic flat on the Royal Mile." We went up and saw Moby at the castle then made our way down to the street for the bells. It was just fantastic." It was funny because Daniel needed to go to the toilet and it was a nightmare because I was scared of losing him." He wouldn't be able to answer to shouts of his name and I was stressing." My friend took him to the loo and I said, 'Don't let go of him.' But he came back holding my friend's hand because she'd fallen over in the toilet."

Talented tennis player Daniel, 26, won a bronze medal in mixed doubles at the deaf Olympics in Melbourne last year. KT said: "He's a tennis coach now but I've brought him on tour to show him a different side of life. He's got the video camera so he's filming all the goings-on." He is so proud of me playing Hogmanay. It'll be a lot different from the last time."

KT said she was overwhelmed to be gracing the same stage as Texas. She added: "It's wicked. I met Sharleen out in Germany and she was absolutely lovely." So I'm looking forward to seeing her again. She's such a professional performer and a real inspiration." I've not heard El Presidente's stuff yet so I'm going to buy their album." She went on: "There couldn't be a better way to finish this year." We thought we were all going to sit in a nice pub somewhere and have a whisky. That would have been good enough but to finish the year like this is incredible." It is the gig of a lifetime. So few bands get to do it. It's a joy to get back to Scotland."

The three days before New Year we're going to be on the Isle of Skye recording an acoustic DVD of Eye To The Telescope. I'll have to go back the next day to start writing for the next album. I hope that will work with a hangover."

Scots rockers El Presidente - whose new album is of the same name - promise to bring some funk and hi-octane glamour to the event. Glaswegian lead singer Dante Gizzi - famous for his brightly coloured custom-made suits, kipper ties and polished brogues - said it would be their gig of a lifetime. He said yesterday: "It's going to be the best show of our lives. Hogmanay in Scotland ... for a Scottish band ... it is going to be amazing."

On the stroke of midnight, more than eight tons of fireworks will be set off from the city's seven hills in four minutes. For the first time, the party will be screened live on BBC One. Edinburgh's Lord Provost Lesley Hinds said: "I am delighted that this year's Concert in the Gardens has such a strong Scottish line up and I am sure the three acts will help make Edinburgh's Hogmanay 2006 an unforgettable occasion." Concert tickets, which cost £35 for the enclosure and £30 for the gardens, go on sale on Saturday from The Hub box office in Castlehill, Edinburgh or via Tickets Scotland on 0870 220 1116. 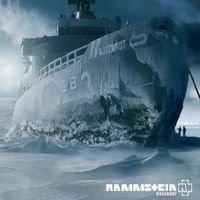 Also from the Texas message board, courtesy of Rute, comes this link to a free download of a most bizzare track by the German band Rammstein from their forthcoming album Rosenrot (released November 1st), that features guest vocals by Sharleen Spiteri of Texas.
Rammstein - Stirb nicht vor mir // Don't Die Before I Do (Feat. Sharleen Spiteri)