October 07, 2005
Fully subject to revision after absorption, here are a few comments on some new releases based on one spin. 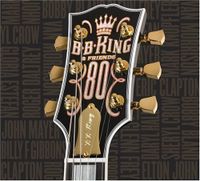 B.B. King celebrates his 80th birthday on this duet album with a stellar collection of A-list musicians who are on hand to play with and pay tribute to the King. Unlike the similarly constructed Ray Charles album, recorded while Ray was contending with his failing health, B.B. King's voice and guitar have never sounded stronger. This is prime B.B. King and while he doesn't need any help to make a great album, the duet concept makes for a wide range of results from compelling music to interesting novelty.

In the compelling category would be Mark Knopfler who adds some gorgeous electric lead to "All Over Again," Eric Clapton trades some great guitar leads with King on "The Thrill is Gone," and John Mayer confirms his status as the heir apparent to Clapton and Stevie Ray with some nice guitar interplay with King, plus he shares a duet vocal on a great version of "Hummingbird." Any of these three tracks alone would be worth the price of the album, but you've also got contributions from Van Morrison, Billy Gibbons, Sheryl Crow, Daryl Hall, Glenn Frey, Gloria Estefan, Roger Daltrey, Bobby "Blue" Bland, and Elton John. Quite the 80th birthday party, and we're all invited. 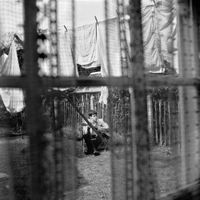 Paul McCartney - Chaos and Creation in the Backyard (Capitol, 2005)

Paul McCartney's new one dropped into the racks with excellent advance notices, and I must admit my curiosity was piqued by the prospect of McCartney returning to basics by playing all the instruments himself, just like he did way back on his first solo record, McCartney (1970). After one listen, I can say that Sir Paul remains in excellent voice and he certainly has mastery over all of the instruments on this great sounding record. Unfortunately, the songs seem incredibly boring; the melodic gifts that have characterized McCartney's songwriting over the years are not in evidence here, at least the first time through. I'm hoping that this will be one of those albums that reveals its charms slowly and that I will have cause to revise this opinion down the road. But for now I'd have to count Chaos and Creation in the Backyard as a major disappointment. When it finished, I found myself wanting to hear "Too Many People" from Ram (1971). Incidentally, I had never heard until recently that "Too Many People" was supposedly directed at John Lennon and was a direct motivation for Lennon to counter with "How Do You Sleep." 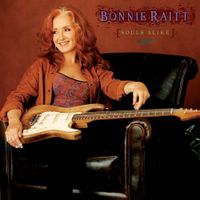 It's been three years since Bonnie Raitt's last album Silver Lining (2002), and as much as I have liked her music over the years, it had started to seem like her post-Grammy career was taking on a sort of pop blandness. Producing herself this time out (often a pitfall for many artists) has revitalized the sound on Souls Alike, with lots of guitars and an ever present Hammond B-3 organ. The slide guitar work is excellent throughout the disc and reminds me more than anything of the sound of Little Feat during the Lowell George years. The songs are good too, one almost reminds me of Jackson Browne circa 1974. A most happy surprise.
___________________________________ 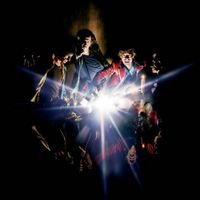 Listening to this new Stones album, I kept wondering to myself why they seem to think that we need a bigger bang; after all they've already pretty much defined rock'n'roll over the course of their forty plus year career. I guess to a certain extent they must feel the need to prove to themselves and the world that they can still do it in their golden years. On the first go, this record seems a real mixed bag. The uptempo rockers mostly sound like retreads of either "Brown Sugar" or "Jumpin' Jack Flash." The softer songs fare better, more melodic with excellent production and even some memorable songwriting.
On the real downside are some cringe-worthy tracks like "This Place is Empty" in which we get to hear Keef sing "come on in, bare your breasts, make me feel at home." Mick Jagger doesn't fare much better with his anti-Bush diatribe, "Sweet Neocon." I've got no problem with the political viewpoint, just don't waste a song with it unless you can come up with some meaningful music to effectively put the point across; "You say you are a patriot, I think that you're a crock of shit," kind of sad that this is really their best shot. The most interesting track on A Bigger Bang the first time through may be "Back of My Hand," a slide guitar blues workout that doesn't try to play to any of the normal Stones stereotypes. Jagger accompanies himself on slide guitar, harmonica, bass and percussion with only Keith Richards adding guitar with Charlie Watts on drums, resulting in a credible blues tune worthy of the Stones heritage.