October 20, 2005
I don't imagine there are too many places where audiences for Stevie Wonder and Martina McBride intersect, but you are visiting one now. 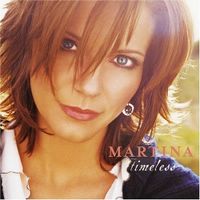 Although I hadn't heard in advance what Martina McBride was up to on her new album Timeless, the concept becomes crystal clear within the first twenty seconds of track one, with the first strains of beautiful pedal steel guitar that opens Hank Williams' "You Win Again." What's happening here is that Martina has recorded an album of standards - no, not the great American songbook as currently being worn out by the likes of Rod Stewart and no, not the obligatory bluegrass album that many country artists record, but these are the standards of classic country music, the songs of Merle Haggard, Loretta Lynn, Ray Charles, Buddy Holly, Tammy Wynette, Ernest Tubb, Buck Owens, and Kris Kristofferson, to name a few.

My interest in country music didn't extend to anything much more twangy than the Byrds or the Eagles until a road trip to Tennessee with my daughters in the summer of 1996 during which we spent some quality time with country radio, including WDLY-FM, Dolly Parton's station in Sevierville, TN. The realization dawned slowly that the songwriting craft in country music was operating at a level of creativity and cleverness that hadn't been heard in pop since the glory days of top 40 radio in the sixties. I didn't take the broad leap all at once, but an appreciation began to grow; a little Jo Dee Messina here, some Ricochet there, even a little Tim McGraw ("Everywhere"), cemented by some seriously funny tunes, some intentionally so, some not ("Time Marches On"). Along the way, the work of Martina McBride kept catching my ear. On last year's Hallmark exclusive Valentine's release, My Heart, Martina really stretched out with some excellent tunes in a variety of different styles.

The eighteen country classics she chose for Timeless, have been recorded with the best imaginable instrumentation and production; the ballads get a simple, open sound of bass, drums and piano, with occasional pedal steel and/or fiddle. Martina's vocal performance is transcendent; she doesn't copy the originals exactly but she gives them her all, and in so doing achieves very likely the best cover versions these songs have ever seen. She sounds equally adept at uptempo production numbers like "I Never Promised You a Rose Garden." I never liked that old Lynne Anderson crossover hit much, but I must say that it sounds great in this version. Even more impressive is that this amazing sounding record was self-produced.

In the liner notes, Buck Owens writes: "When I first heard Martina sing, it sent chills through me. She's one great singer. Very few singers have ever affected me like Martina McBride... As I'm writing about Martina, I'm listening to her sing this group of songs she has gathered together and in my 55 years of being in music, I've never heard them done better..." I was thinking the exact same thing, and that this might just be the best country album I've ever heard. Martina McBride has taken some great historical country songs and made them new and relevant for the next generation of listeners, and in so doing has truly made these tunes Timeless. 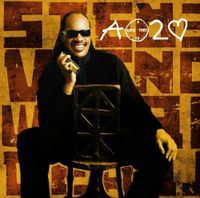 The long delayed new Stevie Wonder album finally hit the racks on Tuesday, after a long ten years since his last new studio album; this being only his third album in twenty years. A recent listen to the At the Close of the Century box set suggests that Stevie Wonder has a secure place among our greatest living songwriters; the wealth of great songs he has produced since the 1960s dwarfs the musical accomplishments of most of his contemporaries. In that light, any new Wonder album is a landmark event, and even though any number of release dates came and went earlier this year, Wonder has earned the right to say when it's soup, and thankfully that day is finally here.

It's hard to tell on first listen (or even first few listens) if the songwriting has the magic that makes his catalogue so special, but I can say after streaming the album all day long today, courtesy of the WJJZ website, that this record does sound great. We're already familiar with two of the songs, "So What the Fuss" was released as a single many months ago, and more recently Stevie has been performing the next single, "Shelter in the Rain" on numerous television shows; the profits from this song will go to the victims of Hurricanes Katrina and Rita. Wonder produced, arranged, wrote, played most of the instruments, and even conceived the artwork. It may take some time to know if A Time to Love is the masterwork that Wonder fans have waited for, but initial indications are excellent.

On a media tour to promote the release of A Time to Love, Wonder appeared on the Howard Stern show this morning and displayed an amazing capacity both to perform on demand many great songs from throughout his career, and to deal with Stern's sometimes crass but more reverential than usual interview. While fielding everything thrown at him by Stern, the show's staff and callers, Wonder sounded genuinely happy to be there; Stern was thrilled too. Stevie was funny, he was sharp, often seeming one step ahead of the interview; he even pranked Stern with a setup phony phone call. Stevie Wonder is a national treasure and his music is the quintessential example of how something so simple as a song can make life better. 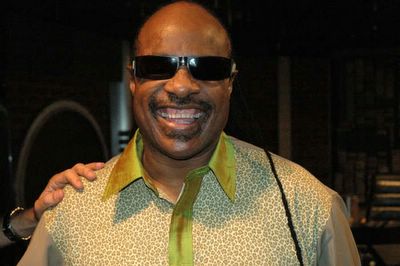