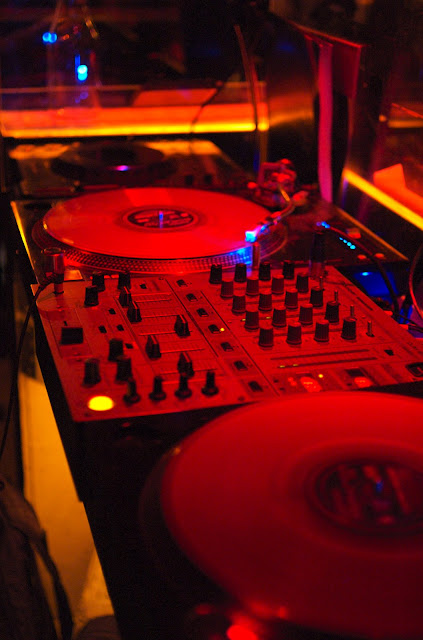 Despite my own radio dj background, I must admit that I haven't had much occasion to hear live DJ's work their magic in clubs, but have developed an appreciation for the art through a large number of CD recordings I've heard. DJ Pandemonium Jones made his name as part of the DJ duo Caps & Jones, and is one of the best and I'm going to guess that growing up with a dad who's a music freak helped him develop a musical repertoire that has quite an amazing range. 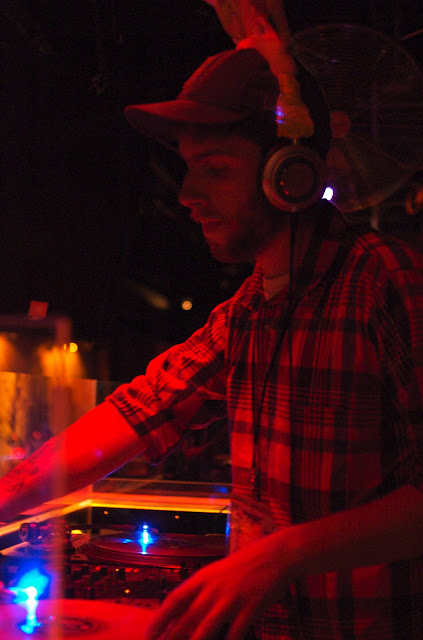 Blending the mix and selecting just the right songs for the atmosphere of the event seems a lot harder work (or at least very different) than the work of a music DJ on radio. Jones has it down, and as a result is very much in demand; clubs all over the world have flown him in from New York just to do his DJ thing. He has a number of gigs scheduled at SXSW as part of a cross country road trip/tour and tonight it was Barcelona on Sixth Street. 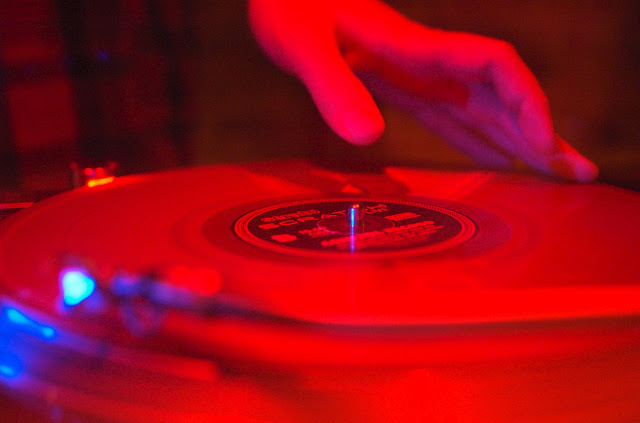