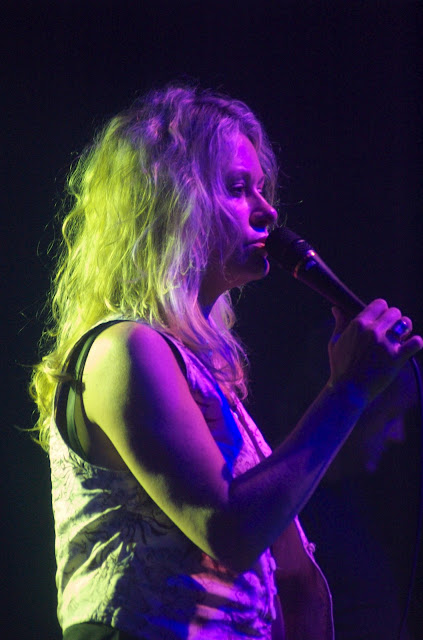 It was something of a happy surprise to learn at the last minute while preparing to leave for Austin, that Shelby Lynne was booked to play here. Her new Dusty Springfield tribute CD, Just a Little Lovin'

had just taken control of my iPod, and a spin of that superb disc on the plane ride down made it a totally relaxing and enjoyable flight (how's that for the power of music to make life better). So Shelby's SXSW show became a priority in today's festival schedule. 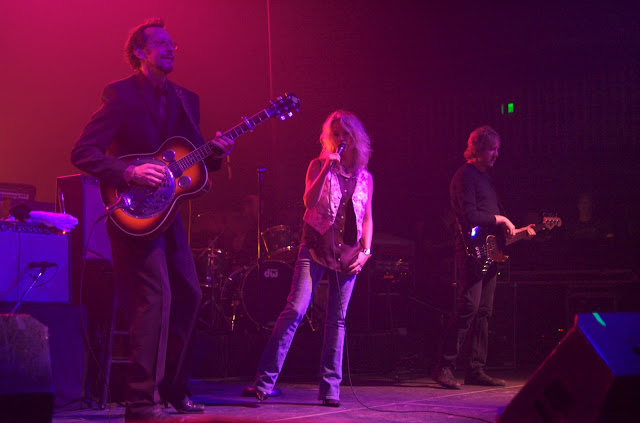 The Austin Music Hall is a large open room with no seating. I took up a spot along the front of the stage, just in front of the keyboard player. Most of the pictures here were shot with a 50mm lens, no telephoto needed at this range. As you can sort of tell by the pictures, the huge lighting rig that normally is found directly above the stage was located at the rear of the stage here, and as a result the players were mostly backlit by powerful colored lighting. 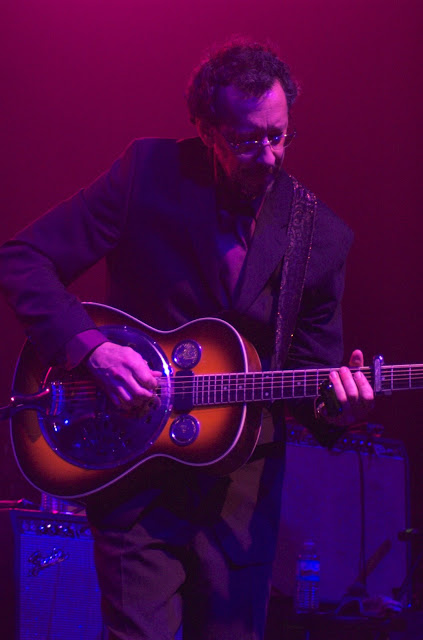 Shelby's live set was every bit the revelation that her latest CD is, perhaps even more so. The touring band which is slightly different from the players who made the CD has the wide open arrangements down so perfectly that the first song, "Just a Little Lovin'" sounded even slower and more powerful live than even on the record, and instead of just stopping you in your tracks, this was heart-stoppingly great, hard to catch your breath. 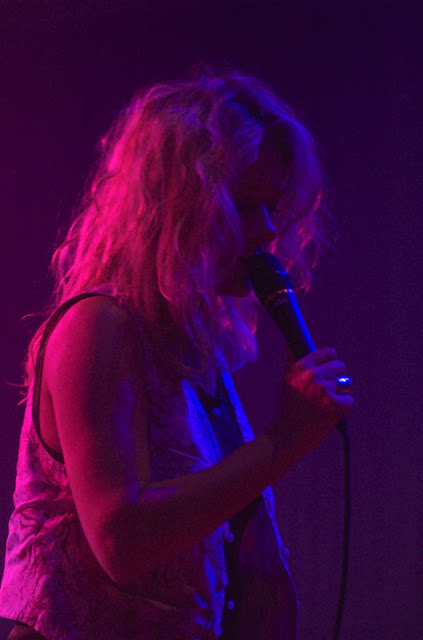 Shelby sang the new record in track order, doing all but the last song on the album. Shelby's vocal performance was amazingly great, and her stage presence exuded so much poise and control it seemed like she was totally in control of the world, and most of the audience was in the zone. Everything about this show was amazing, performance, arrangments, venue sound, and Shelby. This was not only a highlight of SXSW, this show would have to rank up there with some of the best live music I've ever been privileged to witness. 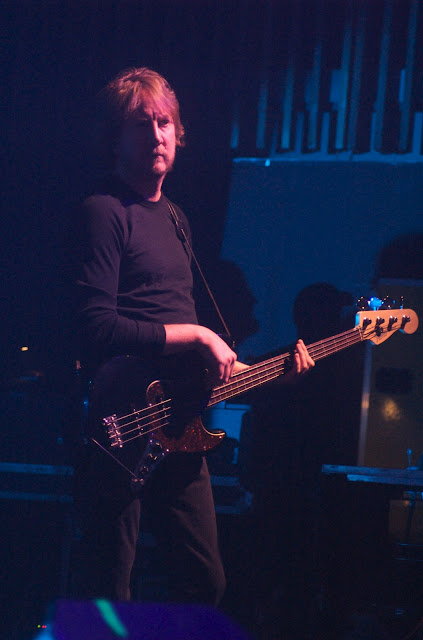 The touring band consisted of Shelby's longtime bass player Brian "Brain" Harrison; a phenomenal guitarist John Jackson, who looked like Clapton but actually has some history playing with Dylan and Lucinda Williams, his guitar work both on acoustic and electric was magic; Randy Leago on keybords and Bryan Owings on drums, both of whom provided just the right touch to allow these great songs to sound the best they maybe ever will. 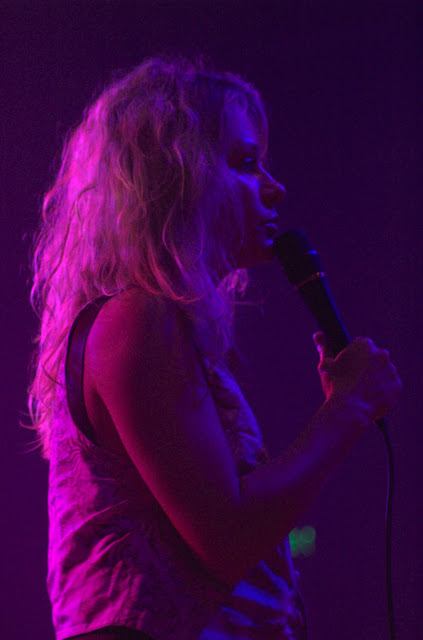 "You Don't Have to Say You Love Me" started with solo voice and by the time the band came in, the quiet intensity of the performance was positively palpable. Jackson shined on a gorgeous lead guitar solo during "Breakfast in Bed", as well as a great solo on National Steel during "Willie and Laura Mae Jones" a song written by Tony Joe White, who Shelby mentioned is a friend of hers. If you've ever heard "Polk Salad Annie", you'd recognize a Tony Joe White song anywhere. 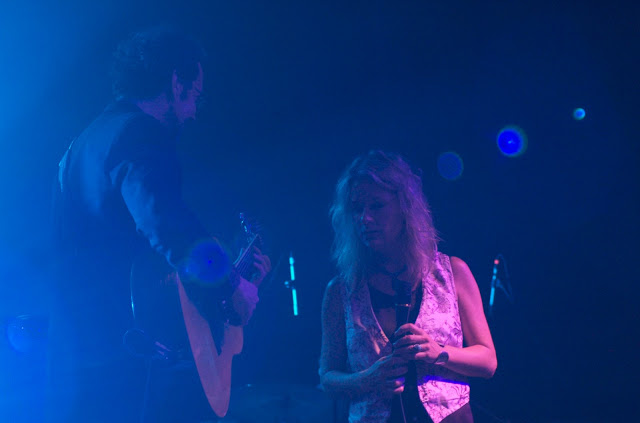 Shelby introduced "I Don't Want to Hear it Anymore" by mentioning that it is her favorite of all the songs on the record, this one was written by Randy Newman. When she got to her own composition, "Pretend", she gave a lengthy description of writing it, explaining her concept of including it on her Dusty tribute as "I'm pitching the song to Dusty, I hope she'd sing it". 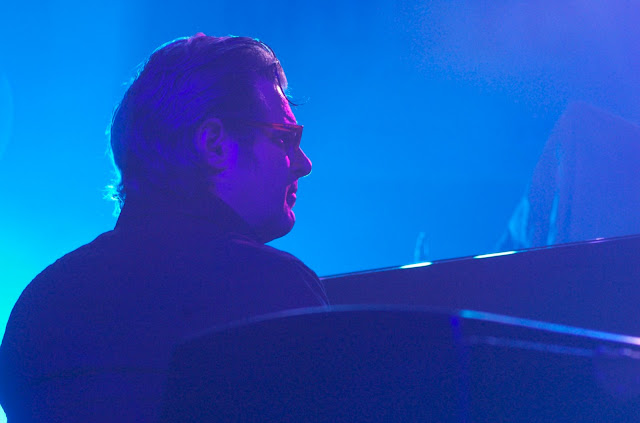 "Pretend" is an incredibly gorgeous, personal, and heartfelt song that is totally at the level of all the great American songwriting that characterized the Dusty Springfield songbook. It's a very quiet and intense song, just voice and acoustic guitar, and although ninety percent of the crowd were totally transfixed, there was audible talking coming from the far back of the room, so totally wrong. We may never know whether it was the talking or the etched in stone rigidity of the time allocations for the sets at SXSW, but when she finished "Pretend" she said good night and with that she was gone. 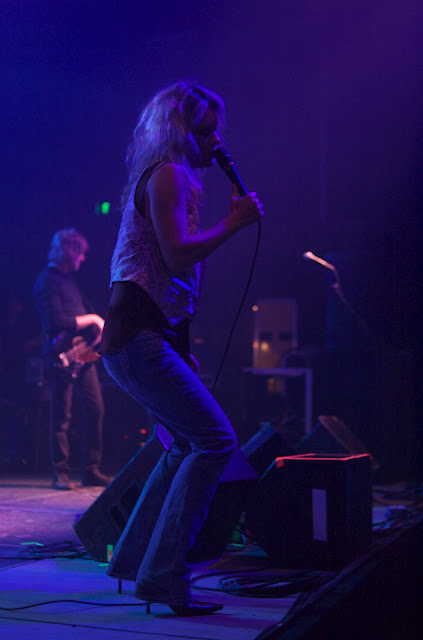