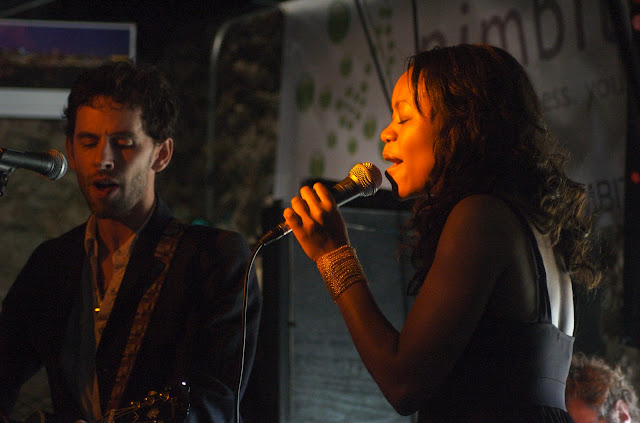 In 2006 Melody Gardot sent out a myspace bulletin about Sam & Ruby, that she had encountered their page while surfing the site (always a fun thing to do). The songs on Sam & Ruby's page sounded great so I ordered their EP which is quite a pleasure; tuneful singing and songwriting with a mellow ear-friendly groove to it. Since that time, it has seemed as if all their live gigs were in and around their hometown of Nashville, so it was exciting to find them playing in Austin during SXSW. 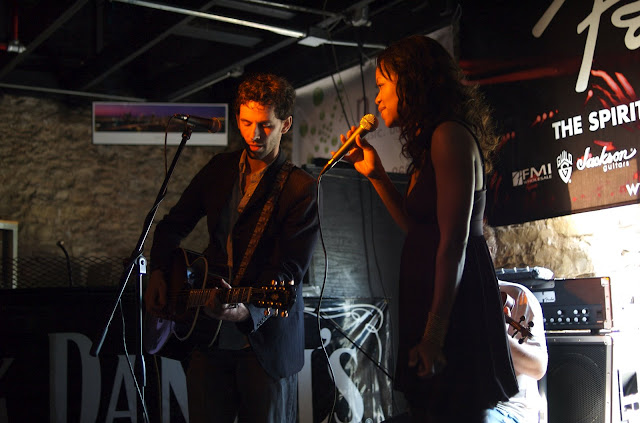 Sam Brooker sings and plays acoustic guitar and Ruby Amanfu sings the lead vocals. For this show, they were accompanied by violin and cello; the combination sounded so nice that the allotted time for their set flew by in a flash. They played songs from the EP, plus a bunch more that will most likely find their way to Sam & Ruby's first full length CD that will hopefully be finished soon. 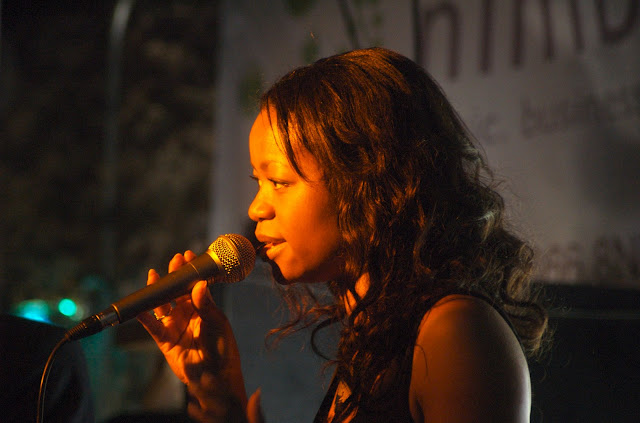 Almost every venue at SXSW had lighting that was challenging for photography, especially daytime sets at venues with windows behind the stage. In this case, the light worked in favor of this shot of Sam & Ruby's cellist (click on photos to enlarge). 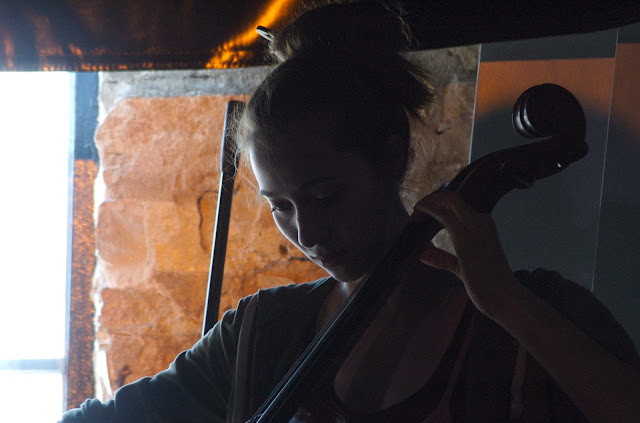 My personal faves are "Sarah" and "Ain't Love Somethin".