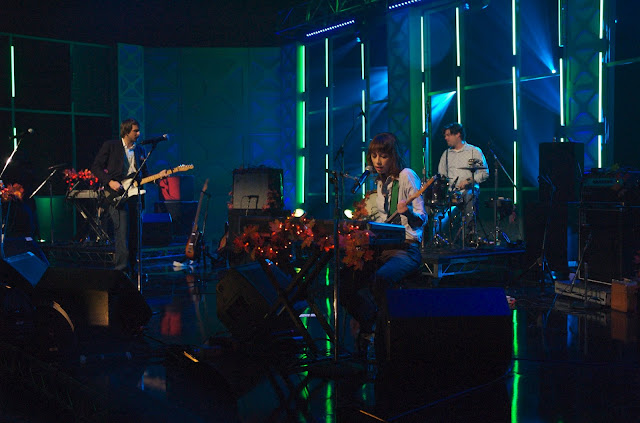 The Bat Bar and the Lone Star Lounge are two television studio venues constructed inside the Austin Convention Center for SXSW. The sound quality here is as good as it gets and Earlimart's style of melodic rock sounded just great in the Bat Bar. With six or seven high definition cameras capturing the performance, it was obvious that this was a television show, but it wasn't until later that I realized that the shows in these venues are being beamed out live on DirecTV. Lead singer and guitarist Aaron Espinoza also wrote all the songs on their latest CD, Mentor Tormentor. Although I'd not previously had the pleasure of hearing Earlimart, their current sound could not be farther removed from the descriptions of their early days as purveyors of power punk. Did I mention how great the lighting is in these venues? Being properly lit for television makes these venues a dream for photography as compared to just about every other venue. Click on photos to enlarge. 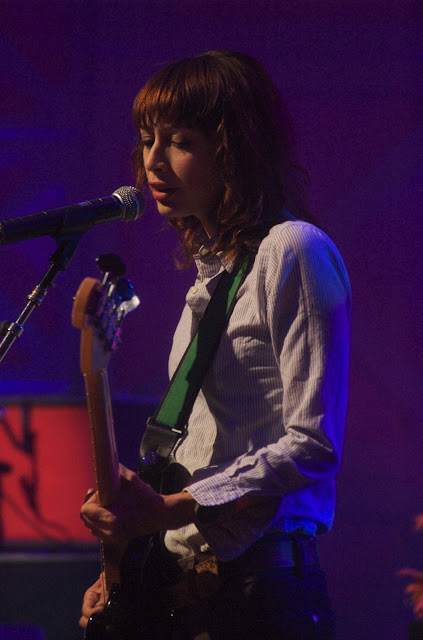 4/26/08 Update - Crackle.com has posted all of the shows from the Bat Bar and Lone Star Lounge at this year's SXSW on their website for free on demand viewing. You can watch the complete Earlimart show here. While the computer viewer is no substitute for the high definition video that was carried live on DirecTV, and even though Crackle seems to have the songs in random rather than set list order, it is really great to have easy access to all these shows. Enjoy.