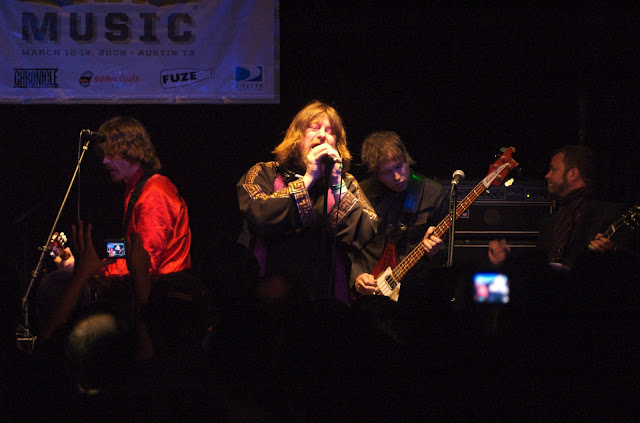 From the many possible options in the midnight slot, I went to Esther's Follies to check out the Swedish band The Soundtrack of Our Lives, or TSOOL as their fans refer to them in print. SXSW keeps their venues on a short leash as far as sticking to the schedule and if a band is late they sacrifice that part of their set time, no going overtime, no matter what. 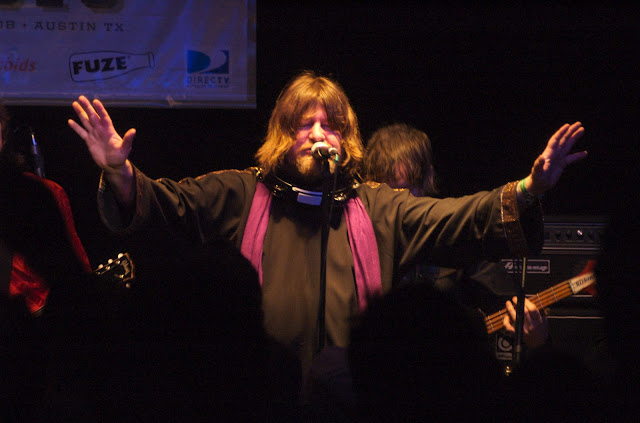 TSOOL finally hit the stage at about 12:25am with "Come On" a song that rocked as hard as anything I've heard this week, yet totally listenable with the guitarist seemingly wired into the central nervous systems of the bassist and drummer. It's loud but artful, more of a groove than a bash. Next up was "Universal Dance" with lead singer Ebbot Lundberg going down into the audience to dance. Their set included a number of good sounding songs including a new one, "Something Wrong With You". TSOOL came to Austin to play five sets in five days and I'm glad to have caught one of them. 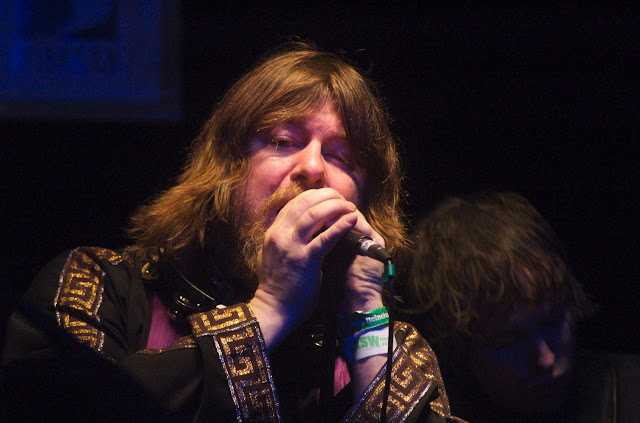