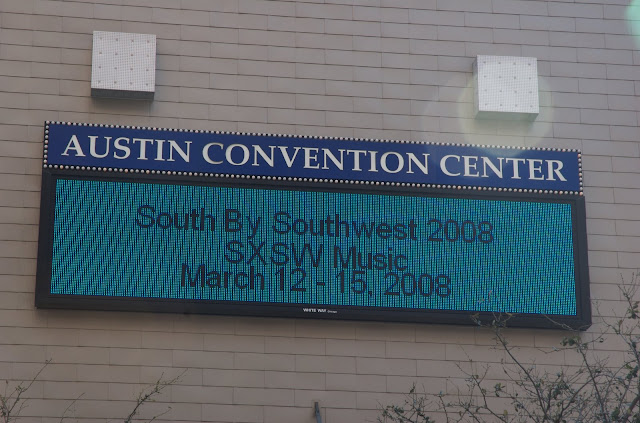 Music, music, and more music. Austin shuts down 6th Street for the festival and the entire city has music being performed in every possible space, inside and out. The first event on my list wasn't until 3pm, but I still managed to see three other bands between noon and 3. The only downside was missing Van Morrison due to a camera credentials issue, but otherwise the day was amazing. My main priorities for selecting who to see here are artists who I know but never have had a chance to see, mostly due to geography, and the other is to check out artists I've never heard before, of which there are many, including some fine talent from right here in Austin. Wednesday was a winner on both counts. Click on band names for pictures and descriptions.

I could've done one more show at 1am but didn't want to overdo it the first day. Separate posts with photos will go up as fast as Blogger can load the pics. Right now resting feet and planning today's schedule.

Here are a few random pictures from Wednesday. 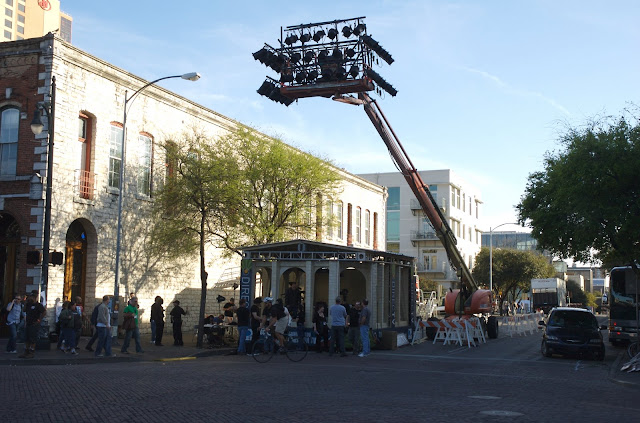 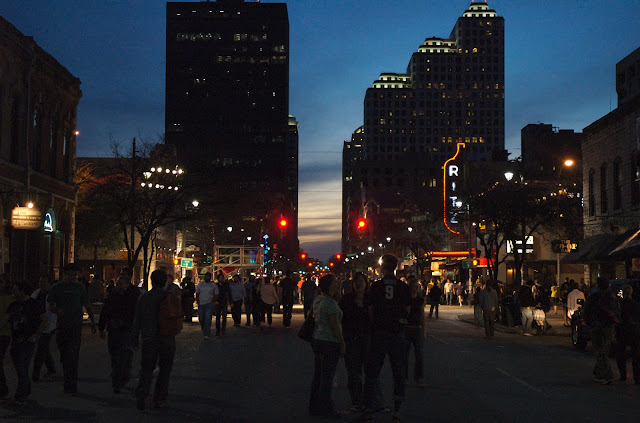 6th Street just after being closed to vehicles. 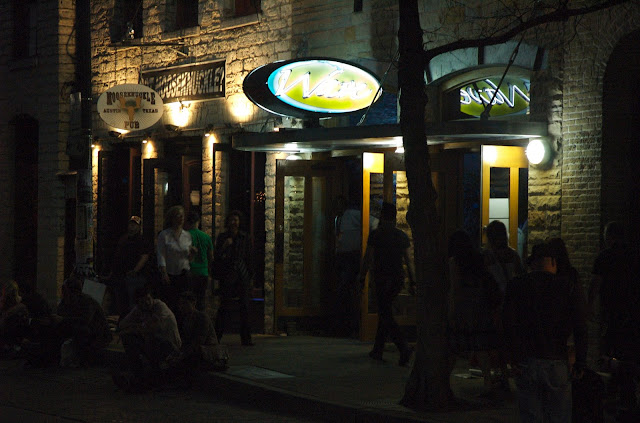 A couple of clubs along 6th Street. 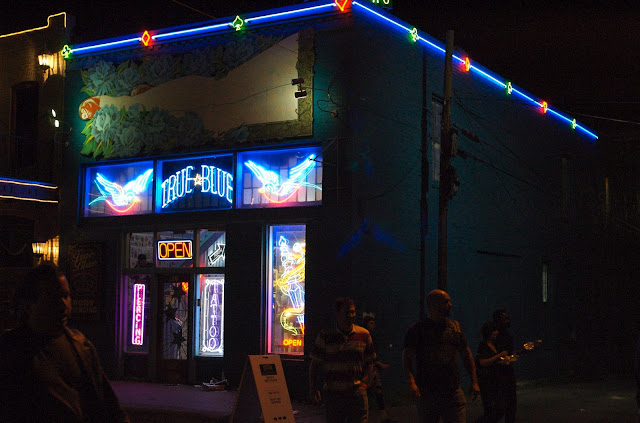 Anyone for a tattoo?

Anonymous said…
WTF? Are you in Austin?

(nobody tells me anything)

Looks incredible, have a blast!

Anonymous said…
tunes day and night with breaks for texas bbq. . . what could be better? thanks for sharing!
3/15/2008