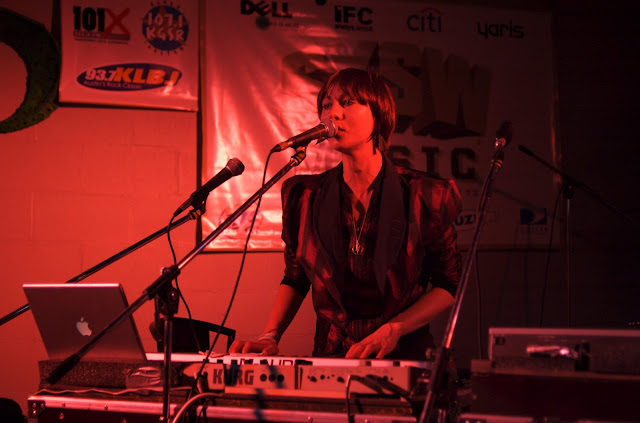 Sissy Wish is the Norwegian synth/pop/dance incarnation of singer & songwriter Siri Wålberg who performed with a second synth player at The Wave . They played a high energy set that rocked loudly with big fat beats, with the synths carrying the minimal melodies. Siri pulled out an electric guitar and used it to accompany herself on the last song. Not yet released in this country, Sissy Wish has three albums and an EP released in Norway, including their most recent effort, Beauties Never Die, for Sony/BMG. 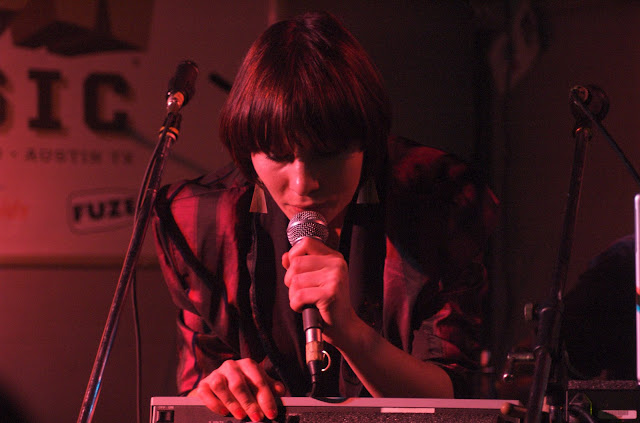 Their dance moves were exaggeratedly mechanical and the overall experience suggested that Sissy Wish might have some appeal to fans of YACHT. While their set was somewhat shortened by technical difficulties that delayed the start, Siri did invite the audience at one point to get naked and spend the rest of the night drinking beer with her. Which may have been tempting on some level, but the night was still young with several more sets of music still to go... 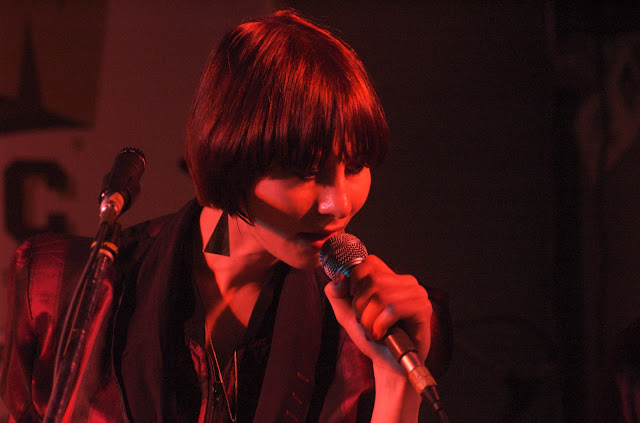