Showing posts from September, 2013
Show all

The Beatles: On Air – Live at the BBC Volume 2, Coming November 11th, Plus the Newly Remastered 1994 Release, Live At The BBC 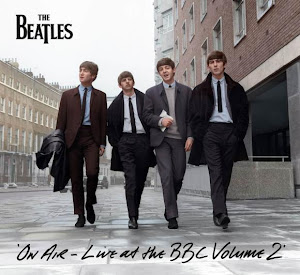 On Air - Live At The BBC Volume 2 The Beatles' recording career spanned six short but prolific years, from their first single sides in 1963, to their final sessions in 1969 for Abbey Road (even though Let It Be was their last released album, it was recorded before Abbey Road). Their output possessed a unique combination of musical excellence, artistic vision, and worldwide mass appeal that resulted in a body of work so accomplished, so loved, and so iconic that it will very likely never be equalled. Books have been written about the Beatles' music, so for this discussion I'm only going to point out that unlike a lot of hits from the sixties, the music of the Beatles still sounds fresh, even as it approaches fifty years old; the musical excellence speaks for itself. Their artistic vision manifested itself in the way they never stayed in one place (musically) for long. Their music constantly evolved, year-to-year and sometimes album-to-album. And it wasn't just the
2 comments
Read more
More posts